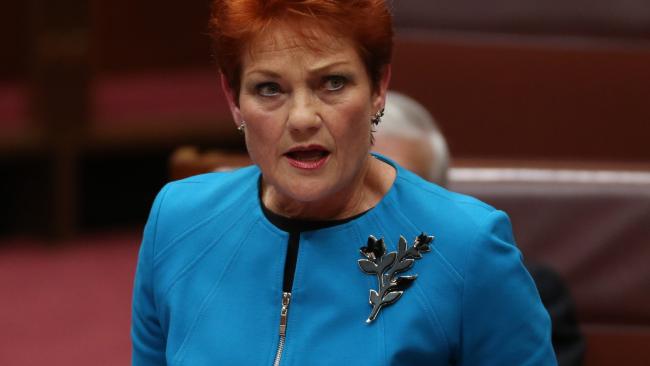 A NEW survey has found almost half of Australians support a ban on Muslim immigration.

The Essential poll asked more than 1000 respondents whether they would support or oppose Pauline Hanson’s proposed ban on Muslim immigration.

More than 40 per cent of people who favoured this ban said it was an “integration” issue, saying they fear Muslims “do not integrate into Australian society”.

The second-highest reason was “Terrorist threat”, at 27 per cent.

The race discrimination commissioner, Tim Soutphommasane, is expected to address community division at a forum at the Australian National University today.

According to speech notes obtained by The Guardian Australia, Soutphommasane will say: “Some would say that just as the Irish, Italians, Greeks and Asians copped ugliness, so too will Muslims. That immigrants must show grit and forbearance, become part of the mainstream, and then be free to have a go at the next lot who arrive.

“While we may never eradicate racism and bigotry, it isn’t good enough to say its targets must grin and bear it, or that there’s nothing we can do. Doing so amounts to normalising racism, to suggesting that it should be tolerated.”

5 thoughts on “Forty-nine per cent of Australians support a ban on Muslim immigration, survey finds”