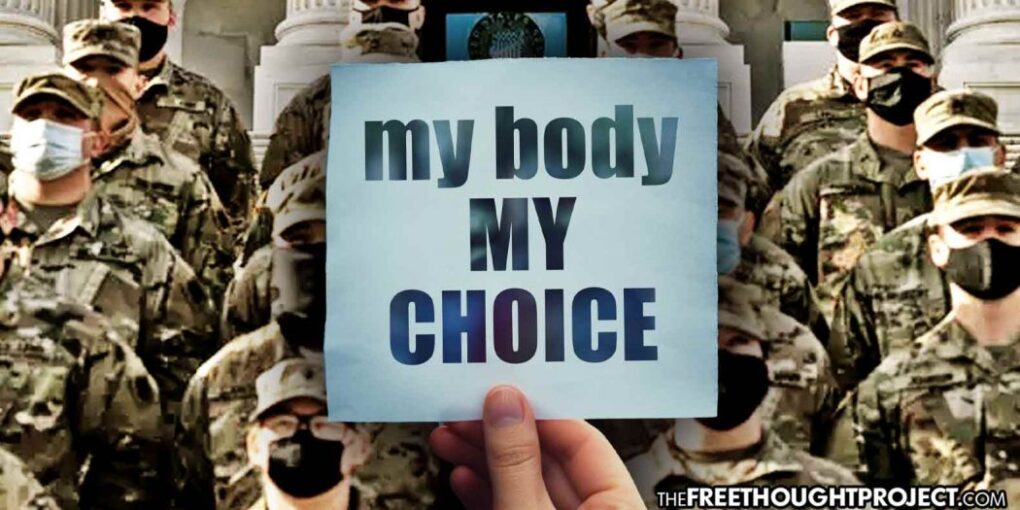 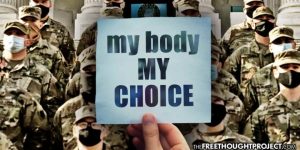 As deadlines for vaccination mandates approach, the Pentagon has been wrestling with ways to deal with the individual resisters to President Joe Biden’s plan.

As tens of thousands of active duty troops make the potentially career ending decision to refuse the jab, the top brass are figuring out ways to take away their benefits and force them to repay bonuses.

While much of the resistance to the Covid-19 vaccination mandate has come in the form of individuals, that may be changing thanks to a General in Oklahoma.

Army Brig. Gen. Thomas Mancino was introduced on Wednesday as Oklahoma’s new adjutant general and commander of the Oklahoma National guard. And he’s quickly become a thorn in the side of team Forced Vax.

Over the weekend, Mancino announced that he will not be enforcing the Defense Department’s COVID-19 vaccine mandate on Oklahoma’s troops. According to the general, no negative administrative or legal action will be taken against Guardsmen who refuse the COVID-19 vaccine.

What’s more, the command will continue to process federal vaccine waivers in accordance with the Department of Defense policy so when troops have to deploy outside of the state, they will be in compliance with federal guidelines.

After news of the resistance began making waves in the media, Mancino clarified his stance and quickly pointed out that he is not anti-vaccination, he is pro-informed consent.

“This policy is not anti-vaccine. I and the Governor are both vaccinated,” Mancino said in a statement published on Saturday.

“I encourage all our Oklahoma Guard Members to get vaccinated if they choose to do so. We want to educate and inform our Soldiers and Airmen so that they can make an informed decision regarding the DoD Vaccine Mandate.”

It appears that Mancino has found a loophole in the law which allows this move to be made — legally.

According to FOX News, Under Title 32, Congress established a dual framework for the National Guard, Mancino explained. The states receive federal funding in return for being made available to the federal government when called to active duty by the President.

“Failing to follow the Governor’s lawful orders while on Title 32 would be both illegal, unethical, and against our sworn oaths. Nothing in this order prevents anyone from taking the vaccine,” Mancino said.

“Also, nothing in his order eliminates the Federal Requirement. The Governor is hoping for Federal Relief from Secretary of Defense Lloyd Austin and in the interim has granted state relief from this requirement.”

Apparently, the governor of Oklahoma, Kevin Stitt is in agreeance with the general and had actually requested earlier this month that the DoD not enforce the mandate on the entire state’s Army and Air National Guard members as well.

According to the Army Times, Stitt’s top spokesperson, Charlie Hannema, argued that the “only way Oklahoma would ‘forfeit’ any federal funding for failing to comply with Title 32 would be to ignore the lawful order of the dually elected civilian authority, i.e. The Governor of Oklahoma.”

That does not appear to be happening, although other top brass see this as a “legal gray area.”

After news of the resistance made its way to the Pentagon, officials said they will “respond appropriately,” to the incident, refusing to elaborate further.

“We are aware of the memo issued by the Oklahoma Adjutant General regarding COVID vaccination for Guardsmen and the governor’s letter requesting exemption. We will respond to the governor appropriately,” Pentagon spokesman John Kirby told Axios in a statement.

The idea of a single individual resisting a forced medical procedure is the epitome of courage. However, when an entire state’s National Guard force says “no” to forced jabs, this paves the way for a massive shift in policy.

If more generals and high ranking military officials follow suit, the unconstitutional employee mandates may stop dead in their tracks and logic and reason will prevail with people being able to make their own medical choices.

Indeed, as TFTP reported last week, over half of the states are suing the federal government over these tyrannical and unscientific mandates and it appears to be working. The pendulum, as they say, appears to be swinging back — at least for the time being.