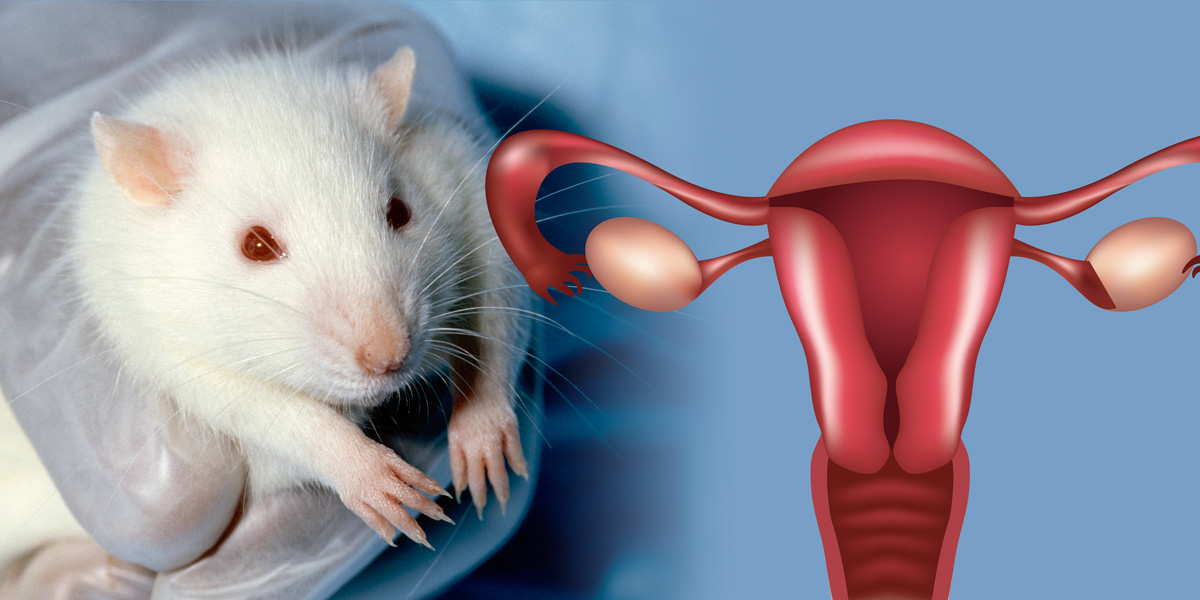 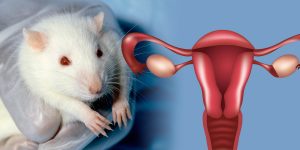 Glyphosate herbicide disrupts the development of the uterus of female rats when they are exposed for 7 days after birth, a new study (abstract below) by Argentine researchers shows.

The glyphosate herbicide caused cell proliferation and structural changes in the rats’ uterus. This was in spite of the fact that no signs of chronic or acute toxicity or differences in weight gain were seen in treated pups.

The authors conclude that exposure to glyphosate herbicide may affect female fertility and/or promote the development of uterine cancer.

Doctors and scientists have noted high rates of miscarriage – sometimes called “spontaneous abortion” – in women living in regions of Argentina where GM Roundup Ready soy is grown and sprayed with glyphosate herbicides. The new study may shed light on this phenomenon.

The dose of herbicide found to disrupt uterine development in the rats was 2 mg per kg of bodyweight per day, based on the US “reference dose” of pure glyphosate that regulators deem safe to consume every day of our lives for a lifetime.

Clearly, this study questions that assumption of safety.

But there is a complication – namely that the exposure route chosen by the researchers was injection under the skin rather than oral administration.

Oral administration is one of the exposure routes favoured by the Organisation for Economic Cooperation and Development (OECD) for toxicology tests conducted on pesticides for regulatory purposes. Exposure routes are supposed to reflect human exposure routes as closely as possible. Studies that use injection are generally dismissed by regulators as “not relevant” to human risk assessment.

However, the authors point out in their study that given the very early stage of development of the rat pups tested – they would still have been feeding from the mothers – injection was the only exposure route that would ensure incorporation of the whole substance into the rats’ bodies. This makes good scientific sense, but almost guarantees that regulators will try to ignore the study.

Oral exposure not the same as injection

Scientists whom we consulted agreed with the authors’ justification for using injection, given the timing of administration. But they added that the distribution of the glyphosate herbicide in the rats’ bodies may be quite different following injection compared to the oral route – and that the toxic effects observed might therefore also be different.

One scientist advised that as only around 30% of glyphosate is taken up in the body through the usual oral route of exposure, the researchers should have injected lower amounts than the US reference dose to reflect this. Indeed, a dose-response experimental design, with additional lower doses, would have been preferable, though this would also have been more expensive. We hope this important study can be followed up along these lines.

For their part, regulators should require studies to be carried out on glyphosate herbicides at realistic doses – but also demand a phase-out of their use until and unless their safety can be established.

Glyphosate-based herbicides (GBHs) are extensively used to control weeds on both cropland and non-cropland areas. No reports are available regarding the effects of GBHs exposure on uterine development. We evaluated if neonatal exposure to a GBH affects uterine morphology, proliferation and expression of proteins that regulate uterine organogenetic differentiation in rats. Female Wistar pups received saline solution (control, C) or a commercial formulation of glyphosate (GBH, 2 mg/kg) by sc injection every 48 h from postnatal day (PND) 1 to PND7. Rats were sacrificed on PND8 (neonatal period) and PND21 (prepubertal period) to evaluate acute and short-term effects, respectively. The uterine morphology was evaluated in hematoxylin and eosin stained sections. The epithelial and stromal immunophenotypes were established by assessing the expression of luminal epithelial protein (cytokeratin 8; CK8), basal epithelial proteins (p63 and pan cytokeratin CK1, 5, 10 and 14); and vimentin by immunohistochemistry (IHC). To investigate changes on proteins that regulate uterine organogenetic differentiation we evaluated the expression of estrogen receptor alpha (ERα), progesterone receptor (PR), Hoxa10 and Wnt7a by IHC. The GBH-exposed uteri showed morphological changes, characterized by an increase in the incidence of luminal epithelial hyperplasia (LEH) and an increase in the stromal and myometrial thickness. The epithelial cells showed a positive immunostaining for CK8, while the stromal cells for vimentin. GBH treatment increased cell proliferation in the luminal and stromal compartment on PND8, without changes on PND21. GBH treatment also altered the expression of proteins involved in uterine organogenetic differentiation. PR and Hoxa10 were deregulated both immediately and two weeks after the exposure. ERα was induced in the stromal compartment on PND8, and was downregulated in the luminal epithelial cells of gyphosate-exposed animals on PND21. GBH treatment also increased the expression of Wnt7a in the stromal and glandular epithelial cells on PND21. Neonatal exposure to GBH disrupts the postnatal uterine development at the neonatal and prepubertal period. All these changes may alter the functional differentiation of the uterus, affecting the female fertility and/or promoting the development of neoplasias.