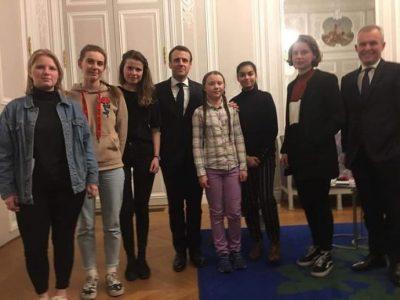 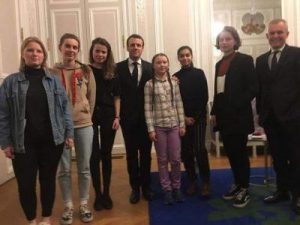 “As the oligarchs financed, shaped and largely managed the climate movement – it’s only natural that they alone benefit from it. The power-elites repackaged our oppression as revolution and sold it back to us. By exploiting the innocent youth, which in turn exploited our emotions and fears as a collective populace, we devoured it.  And soon, young Greta, and all the youth they have exploited, will be thrown under the bus.” – Cory Morningstar, from Act IV of the series ‘The Manufacture of Greta Thunberg – with Consent’ [1]

LISTEN TO THE SHOW

During the week from September 20-27th, an estimated 6 million people in thousands of towns and cities around the world, took part in “climate strikes” intended to spur world leaders into action around the mitigation of climate change. [2]

Greta Thunberg, the Swedish teenager who inspired these mobilizations with her solitary protests outside the Swedish parliament and her uncompromising stance in her public messaging and demeanour, has become an international celebrity. The youngster, nominated for the Nobel Peace Prize, spoke at Friday’s 500,000 strong mobilization in Montreal, in the Canadian province of Quebec:

“…The numbers are still coming in, but it looks like well over 6.6 million people have joined the Week For Future through strikes on this and last Friday. That is one of the biggest demonstrations in history!

The people have spoken, and we will continue to speak until our leaders listen and act! We are the change! And change is coming!”

We live in a world where over 200 unarmed protesters in Gaza, including 52 children can be killed by Israeli snipers with impunity, as happened last year following the Great March of Return, and where Israel’s economic strangulation of Gaza is having devastating impacts on the people living there. We live in a world where sanctions on countries like Iran and Venezuela are devastating the populace of those counties, and where children die and a major humanitarian catastrophe continues unabated in Yemen under U.S.- backed Saudi military brutality. Where hundreds of millions of children live in extreme poverty. All with the tacit if not overt consent of major governing institutions like the United Nations.

Yet it appears millions of youth, along with their 16 year old role model who shames world leaders who “dare” to pursue money at the expense of her future, are successfully pricking the consciences of those same leaders with the threat of withdrawing from school. This at a time when 61 percent of children aged 15 to 17 arealready denied access to school in the world’s poorest countries.

To be certain, human-induced climate disruption is a reality acknowledged by the vast majority of climate science experts, and therefore a legitimate focus of public concern. Aggressive measures are certainly called for to address an environmental catastrophe posing a clear and present threat to humans and to all life on Earth.

But given the proven track record of major powers invoking humanitarian pretexts such as the “responsibility to protect” to conceal imperial aggression, sincere activists need to scrutinize with excruciating detail the solutions being planned and prepared by those same elites.

This week’s episode of the Global Research News Hour proposes to do just that.

In our first half hour, we interview Naomi Wolf, CEO of the Daily Clout who has found fault with the Green New Deal tabled by the upstart Democratic Party Congresswoman Alexandria Ocasio-Cortez. In a recent conversation, Dr. Wolf elaborates on what she sees as the undemocratic and problematic implications of this resolution. She also challenges the notion that the popular movement pushing for such a deal is a truly “grassroots” movement.

Dr. Wolf’s more complete critique of the GND can be found in the following video.

In our second half hour, we revisit an interview from earlier this year with London, Ontario based Cory Morningstar. Her series The Manufacture of Greta Thunberg – For Consent explores the young woman’s privileged background and the involvement of high level NGOs and business interests from the very start of her climate activism. More importantly, she reveals less than wholesome objectives on the part of global elites under the guise of “climate solutions.” Cory outlines some of these goals, as well as the cynical campaigns to herd youth and the general public behind an agenda that ultimately undermines the very social and environmental goals they aspire to.

Naomi Wolf is a Rhodes Scholar, a noted journalist, writer and political consultant. Her works of non fiction include the 1990 bestseller The Beauty Myth:How Images of Female Beauty Are Used Against Women (1991), The End of America: Letter of Warning to a Young Patriot (2007), and its sequel Give Me Liberty: A Handbook for American Revolutionaries (2008). She is founder and CEO of the Daily Clout, an online media company which reviews and interprets legislation for the lay public in the United States.

Cory Morningstar is an independent investigative journalist, writer and environmental activist, focusing on global ecological collapse and political analysis of what she calls the non-profit industrial complex. She resides in London, Ontario, Canada. Her writings can be found on Wrong Kind of Green, The Art of Annihilation, Political Context, Canadians for Action on Climate Change and Countercurrents. Both volumes of her multi-part series The Manufacture of Greta Thunberg – For Consent are available through this link.

LISTEN TO THE SHOW

The Global Research News Hour airs every Friday at 1pm CT on CKUW 95.9FM out of the University of Winnipeg. The programme is also podcast at globalresearch.ca .

Burnaby Radio Station CJSF out of Simon Fraser University. 90.1FM to most of Greater Vancouver, from Langley to Point Grey and from the North Shore to the US Border.

It is also available on 93.9 FM cable in the communities of SFU, Burnaby, New Westminister, Coquitlam, Port Coquitlam, Port Moody, Surrey and Delta, in British Columbia, Canada. – Tune in  at its new time – Wednesdays at 4pm PT.

Radio station CFUV 101.9FM based at the University of Victoria airs the Global Research News Hour every Sunday from 7 to 8am PT.

RIOT RADIO, the visual radio station based out of Durham College in Oshawa, Ontario has begun airing the Global Research News Hour on an occasional basis. Tune in at dcstudentsinc.ca/services/riot-radio/

Radio Fanshawe: Fanshawe’s 106.9 The X (CIXX-FM) out of London, Ontario airs the Global Research News Hour Sundays at 6am with an encore at 3pm.

The original source of this article is Global Research