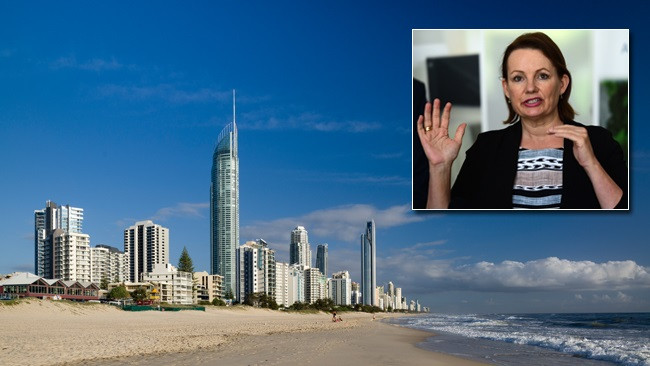 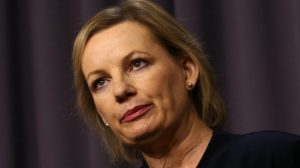 NOTE: Look who bought a $795,000 home on the Gold Coast from a wealthy Lib donor on a nice taxpayer funded holiday. We are now hearing her job is finally under threat. Pushing dangerous & potentially lethal vaccines onto our kids has paid off very well for Health Minister Ley.

Prime Minister Malcolm Turnbull is facing calls to sack Health Minister Sussan Ley after revelations she bought a $795,000 Gold Coast apartment from a Liberal donor while on a taxpayer-funded trip.

Ms Ley and her partner Graham Johnston charged taxpayers $3949 for flights to Brisbane where she announced $1.3 billion in pharmaceutical benefits spending on May 9, 2015.

The same day, the couple travelled to the Gold Coast where they bought a Main Beach apartment with an ocean view at auction.

Ms Ley, who charged taxpayers $720 for two nights’ travel allowance to stay at Main Beach, said she met with patients on the Gold Coast to discuss new medicines but could not say more about the “personal health discussions”.

Nor would she say whether the couple used a government car to attend the property auction.”The more we find out about this trip and purchase, the dodgier it becomes,” Labor health spokesperson Catherine King said on Friday.

“Ley’s refusal to explain herself makes this a matter for Malcolm Turnbull. He needs to step up and enforce his own ministerial standards by sacking Sussan Ley.”

A spokeswoman for the minister has described the purchase as “not planned nor anticipated”.

“The Entitlements Management Branch was consulted at the time to confirm Ms Ley’s partner’s travel was within the rules,” the spokeswoman said.

Ms Ley bought the investment property from Martin Henry Corkery, a businessman who donated $50,000 to the Liberal National Party in 2011.

Mr Corkery, who runs Children First Learning Centres, said he knew Ms Ley on a “professional basis”, having met her when she was the opposition spokeswoman for childcare.

But he said he had no idea Ms Ley or her partner were a bidder at the auction, which took place while he was in Paris.

“She could have been Prince William for all I knew,” he said.

Mr Corkery told Fairfax Media he first became aware Ms Ley was the purchaser when he saw her name on settlement documents and corrected the spelling of the first name, adding  an extra s.

He said Ms Ley bought the home for the same amount as the final auction bid and his previous political donations to her side of politics had nothing to do with the $795,000 home sale.

“I would never make a donation to the Liberal Party for that amount,” Mr Corkery said, laughing. “It was a commercial transaction, that was the end of it.”

A spokeswoman for Ms Ley said she had not known the identity of the vendor.

“The fact that this happened concurrently was not the reason she was there,” Mr Joyce said.

“She went there for a $1.3 billion announcement, and that’s part of your job, that’s what you do.”

Former speaker Bronwyn Bishop, who resigned over revelations she charged taxpayers more than $5000 to take a helicopter to a Liberal fundraiser, also defended Ms Ley.

“When you’re a minister or a parliamentary office holder, as I was, your staff arranges your travel arrangements,” Mrs Bishop told Sky News.

“You’re a busy person, you can’t check on that, that’s what they’re employed to do.”

The Gold Coast apartment is listed on Ms Ley’s Register of Interests as an investment property in her own name, her only real estate asset apart from her home in Albury, Victoria.