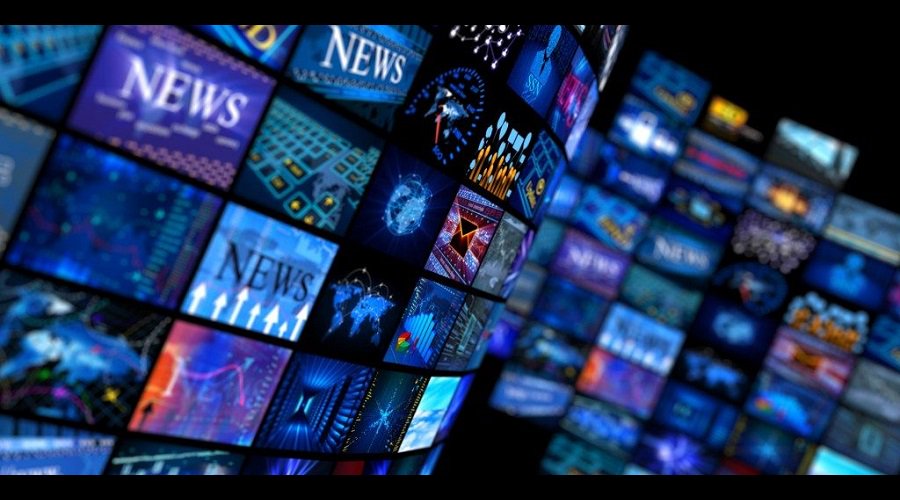 There is a bitter war going on, and it’s not over Trumpcare or immigration: It is about vaccines. Mainstream media and medical groups, typically funded or backed by Big Pharma, cast parents who are skeptical about vaccines as conspiracy theorists whose backward beliefs put the public at risk. Vaccine skeptics cast vaccine promoters as paid shills, hired by Big Pharma to cover up documented vaccine-related injuries.

In mainstream and progressive media coverage (Mother Jones, Alternet, Huffington Post, Truthout, Progressive, The Nation) there is zero tolerance for critical debate about vaccine safety. Question why the hepatitis B vaccine is routinely given to babies at birth—for a disease mainly transmitted through sex and I.V. drug use—and you’re  labeled “anti-science.”

Suggest that some vaccines, including those such as the highly promoted HPV Gardasil and Cervarix (both of which have been linked to adverse reactions and death) are not exactly “life-saving,” and you might as well yell “bring back polio.”

The media routinely discredits parents of vaccine-injured children, accusing them of not knowing anything about medicine (except raising their own challenged child of course) and of “imagining” or even causing their child’s deficits.

Progressive news sites that would never defend corporate media coverage of Monsanto or GMOs drink the vaccines-are-safe Kool-Aid. Last month, Jezebel ran this headline: “Robert De Niro and Robert F. Kennedy Jr. Call Vaccines Dangerous, Which They Are Not.” In a 2015 article, the Atlantic sneered that “Vaccines Are Profitable, So What?” And the Daily Beast has gone so far as to praise Paul Offit, perhaps the nation’s most extreme vaccine promoter.

One wants to ask these progressive sites: Do you really think Pharma has never steered us wrong, just for the sake of profit? What about all the drugs that had to be pulled from the market, after Pharma insisted they were safe? Drugs like Vioxx, Baycol, Trovan, Meridia, Seldane, Hismanal, Darvon, Raxar, Redux, Mylotarg, Lotronex, Propulsid, phenylpropanolamine (PPA), Prexige, phenacetin, Oraflex, Omniflox, Posicor, Serzone and Duract?

The fact is vaccines are not all safe. That’s why the National Vaccine Injury Compensation (VICP) program, established to provide monetary compensation to victims of vaccine injuries, exists. The VICP website states:

Most people who get vaccines have no serious problems. In very rare cases, a vaccine can cause a serious problem, such as a severe allergic reaction. In these instances, the National Vaccine Injury Compensation Program (VICP) may provide financial compensation to individuals who file a petition and are found to have been injured by a VICP-covered vaccine.

We ask: Do two wrongs make a right, Forbes?

The CDC maintains a Vaccine Adverse Event Reporting System (VAERS) where people can see for themselves the adverse effects and deaths related to a particular vaccine. A search for people who have died from the measles vaccines MEA, MER, MM, MMR or MMRV revealed 416 deaths. Last summer, the mainstream science outlet EurekaAlert submitted that reading VAERS info “may not build public trust or adherence.”

That is an understatement.

Profiteering and Conflicts of Interest Not Even Hidden

There is no question vaccines are profitable. In some states, Blue Cross Blue Shield gives doctors bonuses for the vaccines they give patients. And an increasing number of drugstore chains now offer vaccines.

There are brazen and unhidden conflicts of interest between mainstream media and vaccine makers who influence reporting and discourage healthy debate about vaccine safety. Mike Papantonio, of the America’s Lawyer TV show, reports:

According to a 2009 study by Fairness and Accuracy in Reporting, with the exception of CBS, every major media outlet in the United States shares at least one board member with at least one drug company. These board members wake up, they go to a meeting at Merck or Pfizer, and then they have their driver take them over to a meeting at a TV station.

The Gates Foundation is deeply entangled with vaccine makers, as are our own government agencies, including the CDC. It’s clearly a fox-guarding-the-henhouse situation. The vaccine industry also “gives millions to the Academy of Pediatrics for conferences, grants, medical education classes and even helped build their headquarters,” reports CBS.

In 2013, the Journal of Epidemiology and Community Health reported that the seriousness with which academics portrayed the 2009-2010 swine flu outbreak was shaped proportionately by how much funding they had received from Pharma.

What Does the Science Say?

When you read the scientific papers published about vaccine safety—and especially about links to childhood autism—it seems as if they are all written by four scientists who know each other and who work for Big Vac.  Despite overwhelming evidence that the mercury used in vaccines, thimerosal, is harmful to children and to pregnant women and the elderly, the official position of pro-vaccine scientists is “it was totally safe but we took it out anyway.”

Robert F. Kennedy Jr., chairman of The World Mercury Project, disagrees. Vaccines containing thimerosal are neither safe, nor is thimerosal gone from vaccines he claims. Kennedy offers $100,000 to anyone who can find a published study indexed in PubMed proving mercury levels in vaccines are harmless for infants and developing fetuses at the levels they are given.

Though they are scientists, pro-vaccine researchers use embarrassing non-logic in their vaccine defenses—they actually employ the “Raven Paradox” which many of us learned in Logic 101. It declares that “all ravens are black; that bird is black; it must be a raven.”  In other words, according to logic-challenged researchers: “Mercury is safe—and it doesn’t cause autism—so all vaccines are safe.”

Meanwhile, the pro-vaccine scientists seldom, if ever, address the more complicated scientific questions surrounding vaccines—such as other metals used in them, like aluminum. Or whether the current series of multiple vaccines administered to children today could overwhelm their immune systems. Or whether live vaccines or disease antibodies could paradoxically cause the disease they’re intended to prevent.

According to published articles, it’s not just the thimerosal but metals in general, such as the currently used aluminum in vaccines, that are under suspicion. Such metals can cross the child’s blood brain barrier and set off increased oxidative stress which is linked to autism, say journal reports. Oxidative stress is an imbalance between the production of free radicals and the ability of the body to counteract or detoxify their harmful effects through neutralization by antioxidants. Too many vaccines given too closely together to children that are too young also increases the stress, say those who question vaccines and vaccine schedules.

When a scientific paper appears to clearly show a link between childhood vaccines recommended in the U.S. and impaired neurodevelopment, pro-vaccine scientists savage it. A 2010 paper published in Acta Neurobiologiae Experimentalis, a quarterly peer-reviewed scientific journal covering neuroscience, found that “rhesus macaque infants receiving the complete U.S. childhood vaccine schedule” did not “undergo the maturational changes over time in amygdala volume that was observed in unexposed animals.”

Why does the amygdala matter? The researchers wrote: “Neuropathological and neuroimaging studies of individuals with an ASD [autism spectrum disorder] . . . have provided growing evidence of a central role for the amygdala.” Specifically, it is enlarged in such children “compared with neurotypical controls.”

Pro-vaccine scientists pounced. Not enough monkeys were used to establish a scientific finding, said one scientist. Opposite findings about the amygdala have been reached,

which invalidate the study, said another scientist. One angry scientist was even willing to discredit the monkey study by claiming that monkeys are not a valid model for human disease—thus annulling millions of experiments including the ones on which human drugs are approved! Of course, many in the animal welfare community have questioned the validity of animal “models.”

On behalf of Pharma, mainstream science and media set up a strawman called “vaccines cause autism.” Then they knocked it down and declared vaccines safe. It is an insult to the public’s intelligence, especially in light of clear injuries that exist, including those documented in the VAERS database—not to mention injured people, especially parents of injured children. The National Vaccine Injury Compensation Program alone has awarded $3.18 billion in 16,000 claims since 1988.

Note: This article was reprinted with the author’s permission. It was originally published by the Organic Consumers Association. Martha Rosenberg is a nationally recognized investigative health reporter whose food and drug expose, Born with a Junk Food Deficiency, won an American Society of Journalists and Authors honorable mention. Rosenberg has appeared on CSPAN, National Public Radio and lectured at the medical school and university levels.