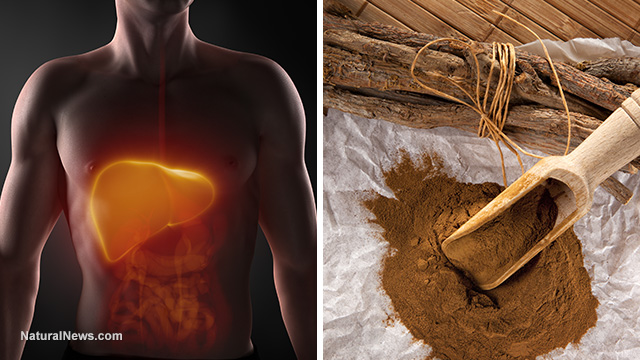 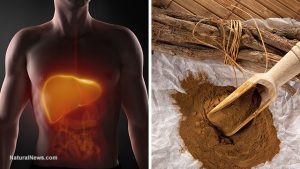 (NaturalNews) In what is undoubtedly one of the most astonishing herbal cures story of the decade, a natural molecule from licorice root extract — “glycyrrhizin” — has been repeatedly and scientifically shown to block nearly all liver damage from both alcohol consumption and over-the-counter Tylenol pills (acetaminophen).

Here I’ve collected PDFs of seven scientific studies that show astonishing “hepatoprotective” effects (meaning it protects the liver) from the cellular damage caused by alcohol and Tylenol. It also happens to exhibit strong anti-viral, anti-tumor and anti-inflammation effects at the same time.

This may be the closest thing to a “miracle cure” for liver disease, cirrhosis and liver cancer that’s ever been discovered. Yet nobody in the pharmaceutical industry has ever mentioned it. The media won’t cover it, and the FDA has criminalized any real discussion of this by licorice root manufacturers or supplement companies.

U.S. government blocking the public from learning about this “miracle molecule” for liver health

The U.S. federal government has gone out of its way to block the public from learning this information, even banning a licorice root extract company called “NTX Technology” from being able to put accurate label claims on alcohol products infused with their herb-derived compound called “NTX.”

Now, I’ve compiled some of the highlights of the astonishing research on glycyrrhizin and its related glycyrrhetinic acid (GA) on protecting the liver from alcohol damage and Tylenol damage. Links to each study are provided below.

NOTE: In the science studies below, GL and GA both refer to compounds of glycyrrhizin from licorice root.

Recent advances in natural products from plants for treatment of liver diseases
“Glycyrrhizin (Fig. 3), a major biological active constituent of licorice (Glycyrrhiza glabra) root, has various pharmacological effects and been used as a treatment for chronic hepatitis.

It is a natural anti-inflammatory and antiviral triterpene and is ancillary drugs used clinically in China for protection of liver function and treatment of tumors. Glycyrrhizin had a protective effect on immunosuppression, a strong non-specific anti-inflammatory effect, and an effect of reducing the incidence of sodium and water retention[29]. These results suggest that glycyrrhizin alleviates CCl4-induced liver injury, and this protection is likely due to the induction of heme oxygenase-1 and the downregulation of pro-inflammatory mediators and may represent a potent drug protecting the liver injury.”

Check out this chart from the study, showing how glycyrrhizin drastically reduces expressions of liver inflammation and damage to near zero: 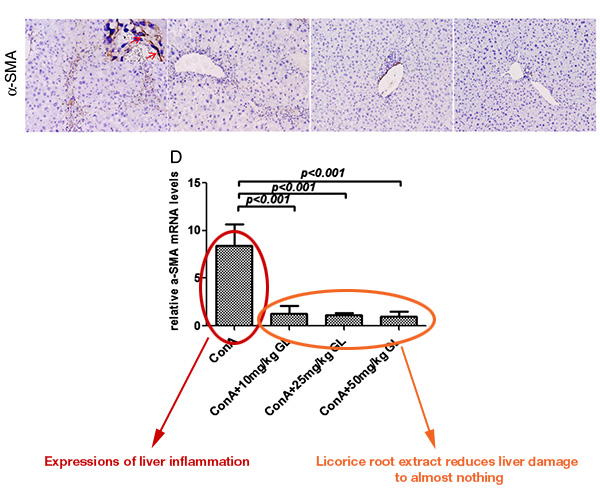 Liver cirrhosis, the common clinical endpoint of chronic liver diseases, is characterized by tissue fibrosis, replacement of normal liver architecture by structurally abnormal nodules and the development of portal hypertension and other life-threatening complications [1–3]. Inhibition of fibrogenesis at an early stage is nowadays considered as a feasible strategy to treat liver cirrhosis [2,4].

These changes were accompanied by the down-regulation of CD4+T cells infiltration in the livers and spleens of mice with hepatic fibrosis (Figs. 2 and 3). GL is a natural anti-inflammatory and antiviral triterpene to treat patients with viral hepatitis (hepatitis B and hepatitis C) and to reduce the risk of hepatocellular carcinoma after hepatitis-C virus (HCV) infection in China and Japan [22–27,32]. GL could also inhibit the cytotoxicity mediated by CD4+T cells and TNF [33]. GL has a membrane stabilizing effect [34] and also stimulates endogenous production of interferon [21,25,26]. 18-(Beta) GL shows an antiviral activity against a great deal of DNA and RNA viruses due to potential activation of NF-kB and induction of IL-8 secretion [35]. 18-(alpha) GL is also reported to suppress the activation of HSCs and induce the apoptosis of HSCs by blocking the translocation of NF-kB to the nucleus [36].”

Pregnane X receptor mediated-transcription regulation of CYP3A by glycyrrhizin: A possible mechanism for its hepatoprotective property against lithocholic acid-induced injury
“Licorice (LE) has been commonly used in traditional Chinese medicine (TCM) for over 4000 years to reconcile various drugs and for hepatic disorders. Glycyrrhizin is the main bioactive component isolated from LE herbs. In the present study we examined the effects of glycyrrhizin on pregnane X receptor (PXR)-mediated CYP3A expression and its hepatoprotective activity.

Glycyrrhizin regulates the expression of the gene mentioned above to prevent toxic accumulation of bile acids in the liver and it also protects mouse livers from the harmful effects of LCA. In conclusion, PXR-mediated effects on CYP3A and CYP7A may contribute to the hepatoprotective property of glycyrrhizin against LCA-induced liver injury.”

The results showed that compared with Gly or Mat alone, Gly + Mat reduced the mortality of acetaminophen overdosed mice more effectively, attenuate acetaminophen-induced hepatotoxicity, and reduced the number and area of GT positive foci, thus protecting liver function and preventing HCC from occurring. In addition, Gly + Mat had a protective effect on immunosuppression, a strong non-specific anti-inflammatory effect, and an effect of reducing the incidence of sodium and water retention.

Glycyrrhizin (Gly) (molecular formula: C42H62O16), a triterpene glycoside and a conjugative compound of enoxolone and glucuronic acid as an active component of licorice (Glycyrrhiza glabra) root, has a variety of pharmacological actions including anti-inflammatory, anti-viral, antioxidative, anti-liver cancer, immunomodulatory, hepatoprotective and cardioprotective activities [11–15]. It has been used for more than 20 years in the treatment and prevention of hepatitis, chronic bronchitis, gastritis, tumor growth and immunological disorders.”

Click here for my new podcast on all this research or play any of the podcasts below: