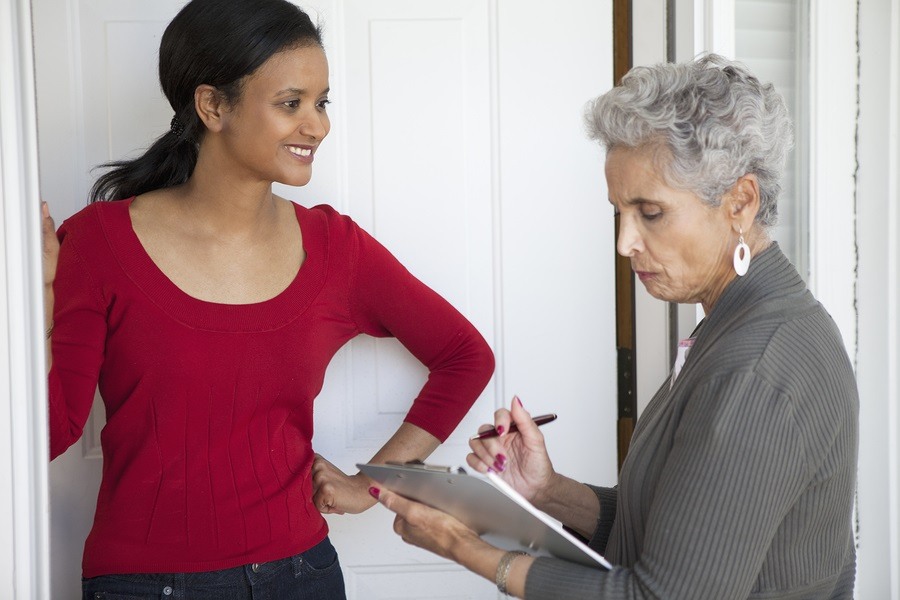 It is one of the scariest things that a parent can ever experience. There is a knock on the door. Someone says, “I am a social worker from Child Protective Services. We got a call and I need to see your children.”

It happens every day in every state all across America. Social workers, alone or accompanied by police, show up to homes and to hospital rooms without a court order or warrant. There is no emergency circumstance where a child’s life is in danger in the time it would take for them to get a court order or warrant signed by a judge, as provided for in the 4th Amendment to the Constitution of the United States.

This happened to a mother in New York recently. Ashley Bradley posted her story on Facebook, and the post went viral. If she had not known her rights, she could easily have fallen prey to a scheme to kidnap her 9-month-old baby.

Ashley Bradley had just put her little boy down for a nap on Wednesday afternoon when there was an unexpected knock at her door. The mom from New York wasn’t expecting any visitors, which is why the woman on her doorstep caught her off guard.

But when she opened the door, this stranger announced that she was from Child Protective Services and was there to take Bradley’s 9-month-old son away.

At first I was so mad and hurt I wasn’t thinking right but the[n] I realized that she 1. Didn’t have a state issued badge, 2. My son’s name was spelled wrong on the folder she had in her hand and 3. I have no cps cases so they would not have been coming to my house.

She wisely demanded proof of the woman’s identity, but the social worker impersonator refused. Bradley called the police, and the woman disappeared.

At first glance, the clues that this was an impersonator appear legitimate. However, the behavior of the criminal at Ms. Bradley’s door is no different from the behavior of Child Protective Services social workers all over America.

Many parents have reported to Health Impact News that the social workers who take their children refuse to give their names or show their badges. Some have a badge that is turned around backwards.

It is not at all uncommon for children’s names to be misspelled on the folder or in documents. In fact, social worker documents and even medical records are routinely filled with inaccuracies.

Perhaps the most disturbing similarity of this case to hundreds of thousands of real CPS cases in the United States and other countries is this statement by Ashley Bradley:

I have no cps cases so they would not have been coming to my house.

This is true for many parents whose children are taken by the state. Sometimes their first contact with the system is the time that a social worker shows up on their doorstep, unannounced, out of the blue, even when the parents are innocent of any wrongdoing.

“But I Haven’t Done Anything Wrong”

The reality is that only 17% of allegations against parents are even substantiated (Source). The majority of children seized by Child Protective Services should never have been taken. Innocent parents lose their children to the state every single day.

Parents who have done nothing wrong often think that there obviously must be a mistake. If they let the social worker in and show them everything is fine, many parents naively believe that it will all get sorted out and be ok.

Too many parents have learned the hard way that they could not be more wrong.

If the real CPS shows up on the doorstep, the social worker has a reason. They have received a report, whether true, false, or completely made up by someone with a vendetta, and the social worker is there to investigate.

If they had substantial reason to believe the grounds were legitimate, then they could have obtained a warrant. Most don’t. Many of the investigations amount to little more than “fishing expeditions.” Once the investigation opens and the social worker gets a foot in the door, they frequently “find” something – anything – to try to legitimize their case against the parents.

One attorney described the allegations thus:

They throw everything they can think up at the wall and hope that something sticks.

SimpleMost reports other similar incidents to the one in New York:

Unfortunately, this is not the first case of its kind. Shortly after Bradley’s call to police, Delaware State Police began searching for three people accused of posing as caseworkers from Child Protective Services in the town of Dover. The suspects told a woman they had to check on the welfare of her children. Again, they could not provide credentials or any other proof of identification.

In Texas, a stranger also posing as a caseworker told a father to hand over his three children. That father was armed and able to get his family to safety.

In 2017, police in Milton, Pennsylvania, say a woman tried to barge into a home and take a child without any explanation. When she was asked to provide identification, she ran away.

The police officer who came to Ashley Bradley’s home in response to her call told her that the attempted kidnapping could be linked to child trafficking. She wrote:

He said people come from different countries and states kidnap kids and traffic them it does not matter what the age. 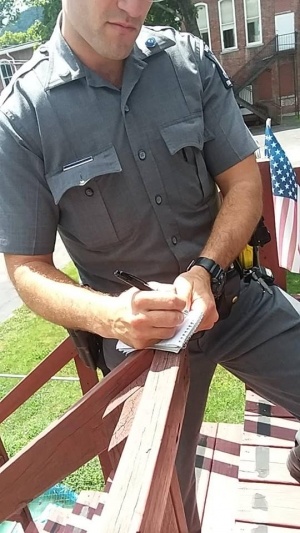 The police officer who came to Ashley Bradley’s home said that this could have been a possible attempt at abduction for child trafficking. Source.

While it is true that children can be snatched by strangers or people posing as social workers in order to traffic them, the overwhelming majority of children rescued from child sex trafficking come from the foster care system.

The evidence is undeniable that children in the Child Protective system are at a much higher risk for being sexually trafficked than other children. Sometimes CPS workers are directly involved in the trafficking.