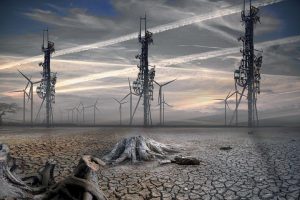 I am joined by author / researcher Sharon Daphna to cover her incredible Orgone energy gifting work and what’s really going on with our weather, our sky’s and the strange, almost translucent crafts that seem to appear and reappear.

We cover Sharon’s book ​Invisible Soldiers, Silent War by Sharon Daphna the spiritual war we are in and how to fight back against manipulative, parasitic entities that seem to be feeding off human emotions and fear. Sharon has done public talks, including panels and seminars at the 5D Event and Conscious Life Expo, and has been a guest on Buzzsaw with Sean Stone, Beyond Belief with George Noory on GaiamTV (now Gaia), Jimmy Church’s Fade to Black, and many others. Sharon and Gabriel were both interviewed on the Viceland TV show, “Mr. Tachyon” in 2018, which explored alternative science. She hosted The Activation Hour on Talknetwork.com, featuring health, science, technology, spirituality, and guidance into the new paradigm, and also co-hosted The View From Marrs, with the late Jim Marrs on Talknetwork, covering Jim’s areas of expertise. She is currently the co-host of The Human Frequency, which covers the war on humanity by forces beyond the government, and real life solutions to freeing ourselves from these negative influences.

​Sharon Daphna is the name holder and CEO of the registered business entity, SHARON DAPHNA SCHLOSS, which she uses to operate legally in the fictional world of commerce. She lives with her husband, Gabriel Lazar, in the mountains of Southern California.

We are once again shipping to Australia. Please contact us for custom requests and large towerbuster orders. You may check out with a credit card, PayPal, or check/money order. Shipping and return policies can be viewed on each product listing. Thank you for your support! https://crazzfiles.com/wp-content/uploads/2022/06/sharon-daphna-podcast-.mp3Podcast: Play in new window | DownloadSubscribe: Apple Podcasts | Email | RSS “PODCAST” Disconnecting From MSM Propaganda & The Big Virus Lie With Dawn Lester On tonight’s podcast show 25/01/23 i am joined by author and researcher Dawn Lester to chat about her incredible work and break down the entire COVID PSYOP.  Dawn Lester[…]