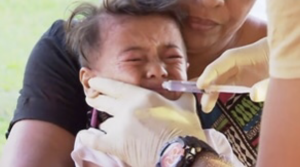 Fear, propaganda, misinformation, omission of facts and the Hegelian Dialectic are very powerful tools of control often deployed to serve an agenda. We are seeing their use right now on the people of Samoa.

The Samoan landscape is as beautiful as its people. I had spent nearly two weeks on the island nation a few years ago. In particular the island of Savai’i. The less developed of the two main islands.

Beautiful beaches and lush green hills as far as the eye can see. A similar view here in Australia would set you back a small fortune. But in Samoa the coastal villages are full of people who still live a very simple life. They’re not wealthy and many still live in traditional fales (“Far-lays” = homes). 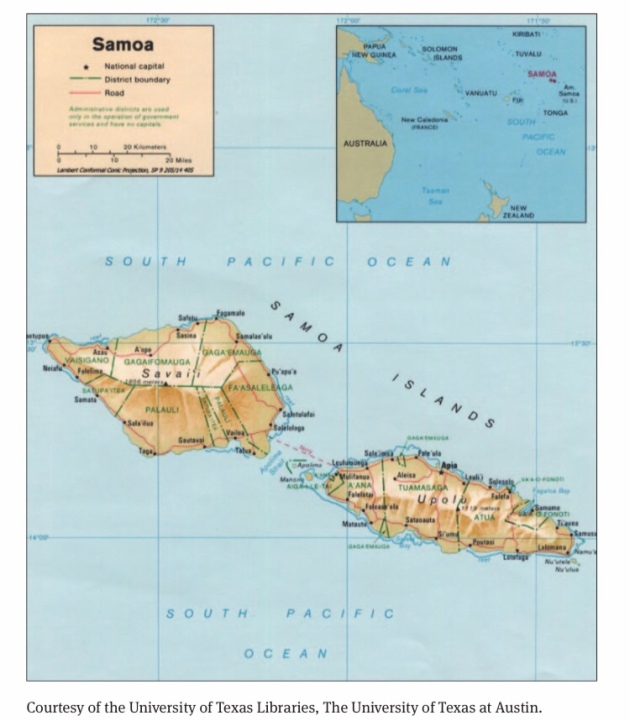 Many of the islanders have improperly balanced diets and suffer from obesity and other diseases caused my malnourishment and nutritional deficiencies. Poverty is high with the average median salary approximately $3529 Tala. To give it some perspective $1WST will buy you $0.55AUD at today’s exchange rate.

A timeline of coincidence?

In 2018 in Samoa there was a horrible tragedy when two infants died after receiving an MMR vaccine. It was reportedthat the nurses had incorrectly mixed the MMR shot with a muscle relaxant instead of water leading to their deaths. The nurses plead guilty to manslaughter and are serving jail sentences now. The Samoan government also temporarily suspended the country’s vaccination program after the tragedy.

This incident, it is claimed, is the reason why Samoans became fearful of vaccines, in particular the MMR (Measles, Mumps, Rubella) vaccine which subsequently lead to a decline in vaccination rates to on only 31%.

The MMR vaccine was officially relaunched by the Samoan Government in April 2019. Uptake was understandably very low due to the infant deaths the year prior and parents were largely unwilling to subject their children to the risk of the same medical errors harming or killing their children.

UNICEF delivered a total of 115,500 doses of measles vaccines to Samoa on October 1st. The same shipment contained syringes and safety boxes as well as supplies of Vitamin A.

As of November 28, 2019 SAMOA has now confirmed 42 measles-related fatalities. Since the launch of the measles re-vaccination campaign in mid-November, the Samoan Ministry of Health has vaccinated more than 50,000 individuals in both Upolu and Savai’i. New Zealand responded to earlier requests from Samoa for medical supplies, and for pharmaceutical refrigerators which are essential to preserving the efficacy of vaccines.

Are we to believe that there is zero correlation between the massive vaccination campaign and the outbreak of the measles? Anyone with a shred of common sense can see the connection. It’s simply not just a coincidence and the timeline fits.

A combination of poor nutrition and lack of vitamin A and C in many of the nations poor communities has lead to the death of approximately 62 children under 15 years of age. These deaths are simply labeled “Measles Related”. The government of Samoa refuses to release information as to whether the children died before or after vaccination. As well as refuses to release the serotype of the virus to see whether it’s being caused by the vaccine or of its a wild measles virus.

Why? What have the got to hide by not releasing these crucial pieces of information?

Could it be because the Samoan government is engaged in a cover-up? Quite possibly. Is also feasible that the vaccine manufacturers don’t want it known that their product is harming and killing people. Especially since they just got their revenue stream up and running again after the nations immunization program was halted last year. Imagine the loss in sales.

The Samoan government has been kind enough to release a track record of statistics of the outbreak daily. And if we are to believe those figures they paint quite a telling picture. A picture that no mainstream media outlet is showing. No, they’d simply rather blame anti-vaxxers for the outbreak.

Here’s a few of spreadsheets available on the Government of Samoa Facebook page starting at their first one. And remember, as the days go by hundreds and thousands of people are vaccinated across the nation. What’s also interesting to note is the omission of data. Notably three figures:

1. How many of the deceased were vaccinated

2. How many of the stated measles cases were also vaccinated.

3. What strain of the virus do these people have? Vaccine strain or wild measles strains?

Again it would paint this so-called outbreak in a much different light if those figures were displayed.

1. November 22nd, 2019. 1 week after the declared outbreak. Also note that the Samoan Government stated that routine laboratory measles testing is no longer recommended! Why? Because the numbers might show a much lower number. 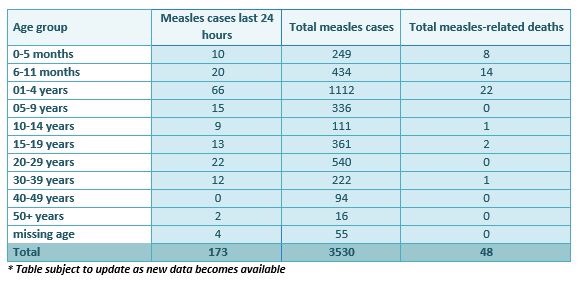 12. December 4th, 2019. Prime Minister Tuilaepa Sailele Malielegaoi does media stunt to show he too is getting vaccinated despite already having gone to villages a week ago to visit the sick people in the hardest hit epidemic areas.

14. December 6th, 2019. Day two of the Door-to-Door campaign where villages are encouraged to display a red flag out the front of their home if they’re not yet vaccinated and anti-vaxxers are continued to be blamed for the outbreak.

15. December 7th, 2019. Approximately 89% of population who can be vaccinated is now vaccinated.

17. December 9th, 2019. Approximately 90% of all eligible people in Samoa have been vaccinated against measles. The estimated vaccination coverage in both Upolu and Savai’i are:

*Above stats as per Government of Samoa press release.

What can we expect to come?

Of course there’s no way to see the future but we can hypothesize as to what we can expect in the coming days and months.

Given what we’ve seen from all of the data above the total number of measles cases is approximately 2.5% of the total population of Samoa since the relaunch of the nations immunization program. A figure that has been steadily climbing and by all accounts will continue to rise.

During the period of the cessation of the immunization program there was NO measles outbreak. The Samoan Ministry of Health’s Director General also went on the record to state that fact back in September this year.

As we have demonstrated above, the recommencement of the immunization program in the early weeks of October this year appears to have lead to the current outbreak. We will only know for sure if the vaccine serotype is released and laboratory testing is resumed on the infected to see if it matches the D8 Strain genotype of the measles virus.

Next year it appear will the Samoan people have some of their rights taken away with the introduction of mandatory vaccination for all children across the nation in order to attend any school.

By January 2020, there should be a legislative mandate in place requiring all children to be vaccinated before they are allowed to attend school. And the compulsory requirement will apply to all schools which include public, church and private schools.

The directive was approved by Cabinet this week with the Office of the Attorney General tasked to draft legislations to this effect to be tabled in the next Parliament session scheduled for December.

It appears we’re also seeing the Hegelian Dialectic of Problem-Reaction-Solution in play as well. But was it the Samoan Government or Big Pharma making the play all along?

My money is on Big Pharma.