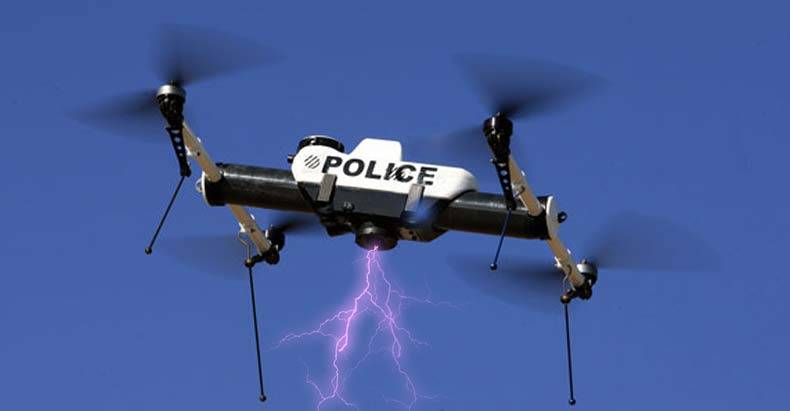 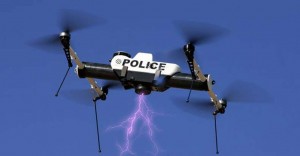 Police are now voicing their concerns about domestic drone use — specifically, they want the option to be able to employ weaponized drones in the future, should the need arise.

As if police brutality and aggression weren’t already an epidemic in the United States, police departments in Connecticut oppose a bill to outlaw the weaponization of drones. The bill also addresses unmanned aerial vehicles fitted with cameras, and their potential to violate the privacy rights of individuals. But law enforcement departments in the state appear far more concerned with being deprived of the possibility of arming them with weapons, rather than cameras.

As FOX 61 reported, bills currently being considered would both restrict drone use and classify arming them with any weapons — such as firearms or flamethrowers — as a Class C felony. Employing drones to set off explosives, deadly weapons, tear gas, and the like would be punishable by ten years in prison — and, at the moment, that would include law enforcement. As written, the bill would require law enforcement to procure a warrant prior to using a drone for any reason.

Connecticut legislators seem to be taking practically the opposite route of those in North Dakota.

In 2015, North Dakota passed a law granting police the right to arm drones with “less than lethal” weaponry. Quietly slipping under the radar of the public and the media, the bill as originally written by its sponsor, Representative Rick Becker, banned all weapons on police drones — until a powerful police lobby had its way with the original draft.

“Bruce Burkett of the North Dakota Peace Officer’s Association was allowed by the state house committee to amend HB 1328 and limit the prohibition only to lethal weapons. ‘Less than lethal’ weapons like rubber bullets, pepper spray, tear gas, sound cannons, and Tasers are therefore permitted on police drones,” Justin Glawe reported for The Daily Beast in August.

Of course, ‘less than lethal’ is quite a misnomer. Besides maiming and seriously injuring people, many of those options can also be fatal — particularly Tasers.

“This is not one I’m in full agreement with. I wish it was any weapon,” Becker rued at a hearing in March. “In my opinion, there should be a nice, red line: Drones should not be weaponized. Period.”

He noted the potential for police to mimic U.S. use of drones abroad, as in fighting ISIL — particularly because, he added, “When you’re on the ground, and you’re making decisions, you’re sort of separate. Depersonalized.”

North Dakota may have succumbed to Big Drone’s wishes — as the Daily Beast described the booming industry and its lobbyists — but it’s almost inevitable that privacy rights groups, legislators, concerned citizens, and law enforcement will point to its and Connecticut’s laws as reference precedents. Depending on which turn the bills before the Connecticut legislature take, that state could be added to what will likely be a growing list of laws for how to deal with weaponized drones.

Joining the battle to prevent police spying by drone, the ACLU was slated to testify about the Connecticut bill on Tuesday.

For now, the prospect of law enforcement arming drones remains a legal gray area — at least, in most areas of the U.S.

India to Use Weaponized Drones For Crowd Control

This article (So It Begins: American Police Start Pushing to Weaponize Domestic Drones) is free and open source. You have permission to republish this article under a Creative Commons license with attribution to Claire Bernish and theAntiMedia.org. Anti-Media Radio airs weeknights at 11pm Eastern/8pm Pacific. If you spot a typo, email edits@theantimedia.org.

4 thoughts on “So It Begins: American Police Start Pushing To Weaponize Domestic Drones”