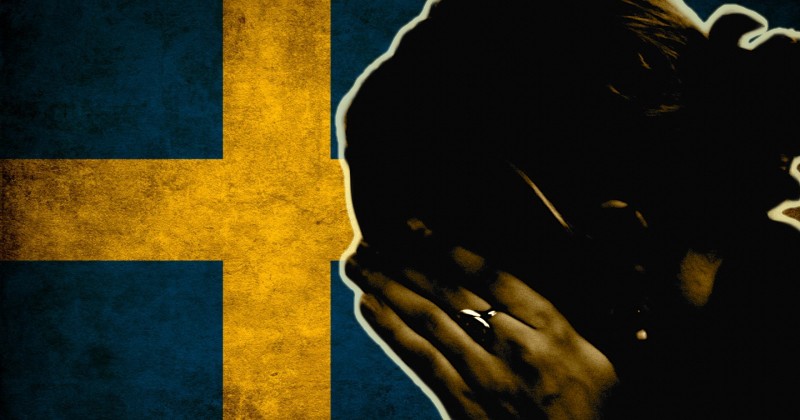 Five migrant men in Sweden charged with what one lawyer described as the worst gang rape she had ever worked on have all walked free.

The incident, which happened in the Fittja area of Stockholm last summer, involved up to 20 men but only five were identified and charged.

According to the 30-year-old victim, the migrants “discussed who would get to use me first” before pulling her up to the second floor of a stairwell. “Many stood waiting for their turn,” she added.

The migrants allegedly smashed the woman’s head against the staircase, knocking her unconscious, as well as threatening her with a knife. The entire incident was caught on surveillance cameras.

After the brutal ordeal, the woman tried to flag down numerous locals for help but was ignored each time.

The five men were all acquitted by the Södertörn District Court earlier today on the basis that the woman had sex with them voluntarily.

Despite the court acknowledging that the victim had sustained injuries, because “the origin of or reason for them could not be established,” they were not admissible as evidence of violent rape.

Despite reports that the men had filmed the incident on their cellphones and were seen laughing throughout, the court dismissed this because “videos of the incident were not found.” Presumably, the notion that the perpetrators simply deleted the videos was not considered.

The alleged victim’s lawyer Elisabeth Massi Fritz expressed her shock at the verdict, calling it “an embarrassment for our legal system”.

“No perpetrators should escape such a cruel and ruthless gang rape. This is the worst gang rape I have worked on in 26 years,” said Fritz, adding that she does not believe her client was given a fair trial because the woman had narcotics in her system at the time of the incident and was seeking to buy drugs.

Fritz says she will appeal the ruling, vowing, “We will never give up.”

As we previously reported, Sweden’s migrant ghettos are now so dangerous that police are installing microphones to pick up the sound of women screaming.

While the mainstream media has embarked on a disinformation campaign to downplay the severity of sexual assaults since Sweden began accepting more Muslim migrants in 2015, rapes have increased by 14% since last year. A recent poll also found that half of young women in the country felt insecure walking the streets.

Sexual assaults on women at music festivals in Sweden have also risen by 1000%, with feminists and organizers responding by proposing that all men be banned from such events.

While sexual assaults and rapes of women are spiraling out of control, the Swedish government is busy publishing reports that say putting the word “refugees” in quotation marks is “hate” and that questioning the age of child migrants is also a form of extremism.