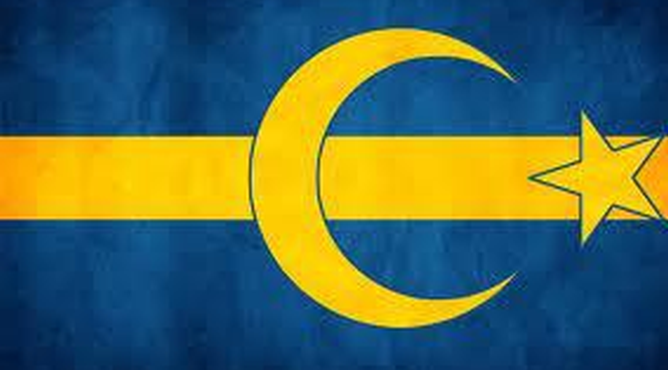 In 2012, according to the report by UNODC, Sweden was quoted as having 66.5 cases of reported rapes per 100,000 population, based on official statistics by Brå. This is the highest number of reported rape of any nation in the report.

As Europe confronts the social and financial realities of its largesse in opening its doors to millions of Muslim immigrants, it is time the tale of two countries is told.

The tale is an important one as the two countries involved have taken completely different approaches to Muslim immigration and the preservation of their own culture. As such, both provide examples of the proverbial canary in the coal mine on this matter.

Sweden began opening its doors to Muslim immigrants in the 1970s. Today it pays a high price for having done so. The group suffering the severest consequences of such an open door policy has been Swedish women.

As Muslim men immigrated to Sweden, they brought with them an Islamic culture sanctioning rape. It is a culture bad enough inherently in the treatment of its own women. Under sharia, Muslim women serve little more purpose beyond catering to their husbands’ sexual demands. A non-submissive wife runs the risk of being raped by her husband.

But under sharia, this rape culture also impacts upon Swedish women as they are “infidels” and, as such, are — according to Allah’s teachings — sanctioned targets for rape by Muslim men. Such an Islamic belief system has born witness to a drastic increase in rapes in Sweden — more than a thousand fold — since first opening its doors to Muslim immigration.

A 1996 Swedish National Council for Crime Prevention report bears this out. It noted that Muslim immigrants from North Africa were 23 times more likely to commit rape than Swedish men. It is no wonder why today Sweden is deemed the rape capital of the Western world.

Even more shocking, however, is the political correctness overshadowing the reporting of these crimes. Sensitive about accusations of Islamophobia, the Swedish press refuses to sound a warning alarm for native women about who these sexual predators are. Thus, when a Muslim commits a rape, the media only refers to him as a Swedish male.

But this failure to shine the light on Muslim male rapists leaves them hiding in the shadows to commit even more egregious sex crimes. With no fear of accountability, these predators have adopted a pack mentality. A crime non-existent in Sweden in the 1970s is now commonplace today as the country has become a breeding ground for gang rapes.

Interestingly, between 1995-2006, the Swedish government tracked gang rapes, identifying a drastically increasing trend. Unbelievably, after discovering the problem, it then adopted an ostrich-like “head in the sand” approach, terminating any further studies on them . Apparently the government’s fear of being labeled Islamophobic proved greater than its concerns about warning Swedish women about the threat. While no studies on gang rape have been conducted since 2006, one can assume these numbers have continued to rise.

The reason for the difference is simple. Japan, unlike Sweden, has been much more circumspect about all immigration in an effort to preserve its own culture.

As Dr. Mordechai Kedar — an Israeli military intelligence officer — observed in his May 20, 2013 article “Japan — The Land Without Muslims,” although the country has a population of 127 million, there are only ten thousand resident Muslims. Thus, Muslims in Japan register less than one hundredth of a percent of the population while those in European countries are growing into sizeable minorities.

While Japan does not openly single out Muslim immigration as a source of concern, Kedar explained, nonetheless, Japan remains concerned about Islamic influence. There are three reasons giving rise to this:

“First, the Japanese tend to lump all Muslims together as fundamentalists who are unwilling to give up their traditional point of view and adopt modern ways of thinking and behavior. In Japan, Islam is perceived as a strange religion, that any intelligent person should avoid. “Second, most Japanese have no religion, but behaviors connected with the Shinto religion along with elements of Buddhism are integrated into national customs. In Japan, religion is connected to the nationalist concept, and prejudices exist towards foreigners whether they are Chinese, Korean, Malaysian or Indonesian, and Westerners don’t escape this phenomenon either. There are those who call this a ‘developed sense of nationalism’ and there are those who call this ‘racism.’ It seems that neither of these is wrong. “And third, the Japanese dismiss the concept of monotheism and faith in an abstract god, because their world concept is apparently connected to the material, not to faith and emotions. It seems that they group Judaism together with Islam. Christianity exists in Japan and is not regarded negatively, apparently because the image of Jesus perceived in Japan is like the images of Buddha and Shinto.”
Kedar noted as well a most important aspect missing from Japan’s approach to Muslim immigration that plagues the approach taken by Western democracies.

“The most interesting thing in Japan’s approach to Islam,” he wrote, “is the fact that the Japanese do not feel the need to apologize to Muslims for the negative way in which they relate to Islam.”

Thus, the Japanese make no bones about it: they are Islamophobic. It is an attitude that is justified due to an Islamic ideology that demands all non-Muslims submit to it or die. But the Japanese are determined not to commit cultural suicide by allowing a culture totally anathema to their own to prosper domestically and challenge it.

Accordingly, when the call went out to the international community to assist in resettling the recent wave of Muslim immigrants in non-Muslim countries, Japan offered financial assistance but rejected opening its doors to resettlement.

There is something to be said about Japan’s approach to unabashedly preserving its own culture. We witnessed that culture at its best in the aftermath of the earthquake and tsunami that devastated the country in 2011.

There were no reports of rioting or of looting among the people. What we saw during a time of a great human crisis was a very organized society function with dignity and mutual respect for one another. It makes one fully understand Japanese reluctance to surrender that culture to Islam.

What is happening in Sweden and, paradoxically, not happening in Japan, should be of serious concern to the rest of Europe and the U.S. Both Sweden and Japan are living examples of “the canary in the coalmine” approach to Muslim immigration and its subsequent impact on a host nation’s culture.

In taking on the Muslim immigration problem, Western democracies need fully comprehend why the canary in Sweden is dying while the one in Japan is not.

2 thoughts on “Sweden Opened Its Doors To Muslim Immigration, Today It’s The Rape Capital Of The West.”