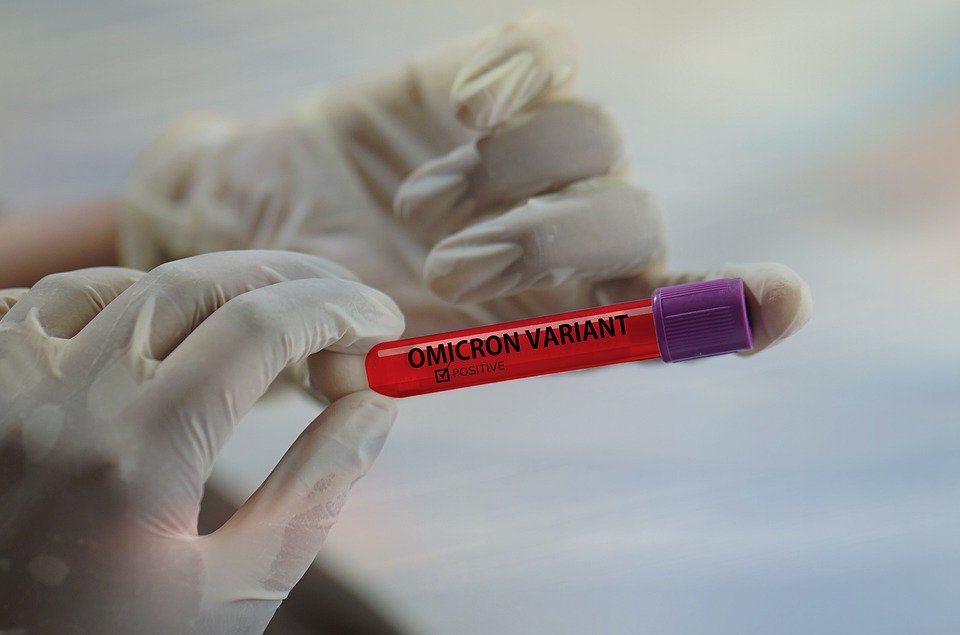 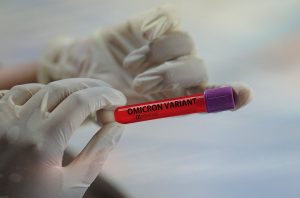 Nothing mutates faster than a non-virus, except perhaps Tony Fauci’s pronouncements about the “pandemic.”

In early 2020, it all started with a “virus” no one had isolated. Meaning a phantom, a fake, a con, a non-entity. NO VIRUS TO THIS DAY.

Now we’ve had fake variants of the fakes. Delta; Omicron from Africa.

The Stupidity Index—how stupid a person has to be in order to believe the official COVID narrative—is expanding. The more variants, the dumber obedient people have to be, to go along with the show.

At some point, as the number of variants grows, even people who resemble sloths living their lives hanging upside down in trees, will wake up.

“What was that new mutation last week? And this one today? It really comes from Antarctica? And we have to stay indoors for another month? I just want to tailgate and sit in a stadium and scream and drink and watch football…”

Which has already been happening this fall. By the millions, people are pouring into packed venues every weekend to watch pro, college, and high school football. On November 27th, 104,000 sat unmasked, cheek to jowl, in Michigan Stadium as their beloved home team upset Ohio State—and at the end of the game at least 20,000 fans came out on the field to celebrate. The field and the stands formed one vast sea of humanity. Variant? What variant? Delta? Omicron? Are they college fraternities?

Vegas bookies may be getting ready to post an over/under number on the final total of CDC/WHO variants. I say it would be 5.

The basic tactic since the beginning has been: invent new fantasies to explain prior fantasies. For example, “Vaccinated people can still catch COVID.” That’s a fantasy because there is no virus. Now comes, “The vaccinated people catching COVID are really being infected by a variant; Delta or Omicron; that’s why the vaccine has become ‘less effective’.”

If you’ve ever forced yourself to sit through one of the hundred or so virus-outbreak movies, you know that at some point the scientific story line loses its impact. You’re thinking, “Let’s get to the car chase and the stuff blowing up and the people shooting each other.”

That’s what the movie is really about.

The COVID hoax is really about lockdowns and destruction of economies and lives and vaccine injury and death and tyrannical takeover of ruined society.

I’ll give you another number. It really does exist. It’s the grand total, worldwide, of people who are either: coming out into the street protesting the COVID restrictions and mandates; or ignoring them altogether and breaking all the rules and going about their lives unvaccinated.

I don’t know what that number is, but when it’s reached, the sociopaths will retreat. The genie will be out of the bottle for good.

Yes, it’s a very big number. But when has freedom not had a price?

Apparently, many people believe the number doesn’t matter, because God is going to intercede and make things right. It’s hard for me to imagine He’ll come through if most people, on their own, are doing NOTHING.

In the Old Testament, He seems to be chronically irked on this very point.

Starting in 1986, it took me two years to uncover the con that was HIV. I thought I had reached the bottom of it, but there were a few miles to go. Later, in the 1990s, I realized the bottom was NOTHING. That’s right. This sometimes is the case in really long cons. You drill all the way down and you find an empty space where you thought something existed.

The bottom of the HIV con—as with SARS-CoV-2—is: the virus doesn’t exist.

In prior articles, I’ve spelled this out in great detail.

It’s stage magic. There is no woman in the box. When the magician saws off her legs, she’s not there. As far as flesh is concerned, he’s sawing through nothing.

As various propagandists have pointed out, the bigger the lie the easier it is to make it stick.

That’s because people are only familiar with small or moderate-sized lies; and because the amount of Structure which would be overturned by the exposure of a huge lie is too threatening.

“You mean the FDA and the CDC and WHO are all going down? Disappearing into dust? But I feel comfortable with them. They’re my friends. I don’t want to see them disappear…”

I do. And tomorrow wouldn’t be too soon.

And if the so-called branch of medical science called virology vanished from the Earth, there would be champagne corks popping in my house.

But for the moment, I’d be satisfied if all vaccine mandates everywhere were wiped off the books—just to give us some breathing room.

That revolution IS within our grasp, if enough of us build toward the critical-mass number I just alluded to above. It would be quite something to see. A fabulous jolt of adrenaline for the human race; for the right reason, for once.

Leave the Omicron and the Delta fantasies for the sloths on the couch. One day, they’ll stir from their trance and stumble along to catch up with us.

Instead, elite planners have been selling A STORY ABOUT A VIRUS.

In covert intelligence operations, this would be called a cover story. It obscures true goals. It justifies ongoing and future crimes that would otherwise be nakedly exposed.

For example, in my 1988 book, AIDS INC., I showed how the cover story about HIV was used in Africa.

Most if not all of these causes could have been eliminated. But local governments did not want healthy people. Sick and dying people were easier to control, and taking away their land was an easier proposition.

Colluding with and paying off local government leaders, transnational corporations and foreign governments set up shop in these African countries and used the healthier people to work on their giant commercial farms and in their factories.

But in 1984, suddenly, there was a new (cover) story broadcast and sold to the world: what was really decimating Africa was HIV. THIS explained all the illness and dying.

The true causes, listed above, were shoved into the background.

Those true crimes were hidden, were permitted to continue unabated.

Not only that, the HIV cover story paved the way for pharmaceutical companies to rack up profits by selling extremely toxic AIDS drugs (e.g., AZT) to Africa.

The HIV test, which turned out false positives like Niagara Falls, made these drugs seem necessary—as fake case numbers soared.

People dying from the toxic medical treatments were, of course, listed as AIDS deaths.

And, as it turned out, HIV had never been isolated. Therefore, there was no proof it existed, no reason to suppose it existed.

Like AIDS, COVID-19 is also an intelligence-agency type covert op.

The short-term goal is wrecking economies. The long-term goal is taking the population into a new world of technocratic control.

Selling this as necessary all comes back to THE VIRUS COVER STORY.

“We’re not forcing technocracy down the throats of the people. Certainly not. We’re simply doing what we must, because of the danger of the virus…because everyone is a virus-spreader…(because too many people want their freedom)…”

Always identify and return to the cover story. Walk around it. Look at it from all sides. Walk into it from one side and exit from the other. Test it. The vital clues are there.

The poisonous urine and feces from these 950,000 pigs run out into the open air and form what are called lagoons. They’re so large, you can see them from outer space.

Workers, and people in the surrounding neighborhood, are getting sick and dying. So new contractors are brought in to spray the lagoons with yet another toxic chemical.

Out of nowhere, guess who shows up? The CDC.

Guess what they conclude? It’s not the urine and feces lagoons or the toxic chemicals causing illness and death. No. Of course not.

And voila, we have a new cover story and a new epidemic, called Swine Flu.

The cover story serves a number of purposes, as time passes. But the most obvious one is: Smithfield Foods is protected. They get away with murder.

And to cap it all off, four years later, in 2013, Smithfield, still protected, sells itself to a Chinese company, Shuanghui International Holdings, for $4.72 billion.

Here’s what I wrote about Zika (another phantom virus) in 2015:

In Brazil, the so-called center of the “Zika epidemic,” there are many problems in poverty-stricken areas that involve more than babies being born with small heads and brain impairment.

The grinding poverty itself, of course. Stolen farm land. Widespread corporate use of poisonous pesticides, some of which are banned in 22 other countries. Contaminated water supplies. Lack of basic sanitation. Overcrowding. Prior vaccine campaigns, in which toxic substances were injected directly into the bodies of people whose immune systems were already on the verge of collapsing. Toxic medical drugs.

In 2014, the Tdap vaccine (tetanus, diphtheria, whooping cough) was recommended for pregnant women. Among other toxic substances, this vaccine contains aluminum compounds. Aluminum can cross the blood-brain barrier and cause damage.

Workers are now fumigating areas with toxic sprays to kill mosquitoes. Soldiers are going door to door, handing out more toxic mosquito sprays for indoor use.

Combine all these factors, and you have an ongoing catastrophe.

It makes a great deal of sense to highlight, promote, and blame the “Zika virus” for what is actually going on in Brazil, if you want to distract and divert and obscure.

If you stopped the vaccine campaigns, stopped the spraying, and remedied the conditions I listed above, the health of the population would return and revive, without medical intervention.

To cap it all off, the conditions the “virus” is supposed to be causing—babies born with small heads and brain damage—can result from ANY injury or insult to a pregnant woman or her infant. No virus required.

But…“Look here, at the virus. Don’t look there.”

One thought on “The Omicron Deception; how long can they string out the mutation-stories?”