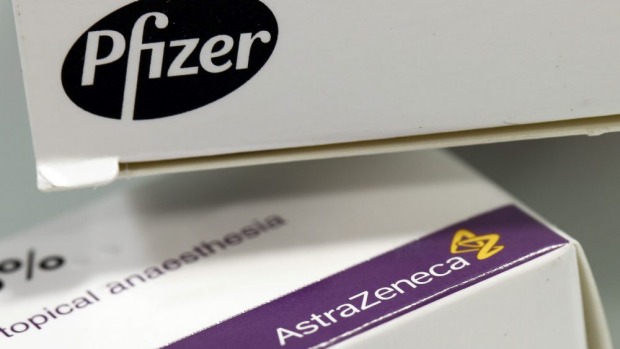 Gardasil 9 trial was sponsored by Merck Sharp & Dohme Corp., a subsidiary of Merck & Co., Inc., the maker of Gardasil and Gardasil 9. Turnbull has direct shares in Merck & i smell another rat.

Our No Jab, No Pay policy has seen vaccination rates improving rapidly. Ensuring Australia has a herd immunity will keep children and communities safe that’s why we’re aiming for 95% of children to be immunised.

Families currently receiving Child Care Benefit and Child Care Rebate have just over a week left to get their child’s immunisations on track by 18 March 2016 to avoid the risk of losing child care payments. 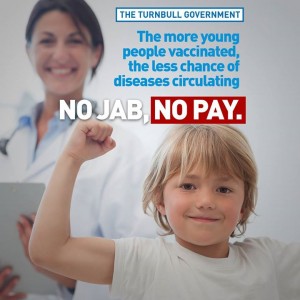 Prime Minister Malcolm Turnbull, who has been controversially targeted by Labor over his extensive offshore investments, has updated his pecuniary interests to include a European investment fund that holds shares in pharmaceutical companies and cigarette maker British American Tobacco.

The Australian newspaper reported this week that two of Mr Turnbull’s other investment funds hold shares in Japan Tobacco, maker of Camel cigarettes. Mr Turnbull’s office declined to comment but anti-tobacco campaigner Simon Chapman said it was difficult to know exactly where funds invest their money but said he would expect Mr Turnbull might consider “pulling out” of those particular funds. Read More: http://www.smh.com.au/federal-politics/political-news/malcolm-turnbull-urged-to-dump-investments-in-tobacco-companies-20151022-gkfinl.html

First, there are the listed companies and funds*. Among them is the SPDR S&P 500 ETF Trust [NYSEARCA:SPY]. Over the last two years, SPY is up by nearly 40%. This ETF is relatively popular because it offers exposure to big-name stocks, whilst being balanced and accessible. The Trust’s top 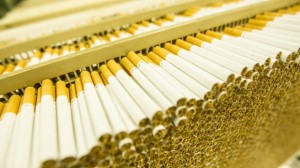 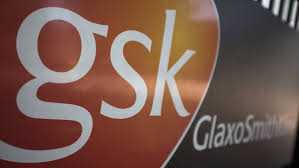 Prima BioMed is a clinical stage immuno-oncology company, currently in product collaborations with Novartis and GSK.

Ms Turnbull said she would reassess her corporate commitments following her husband’s elevation to the prime ministership in September.

She has subsequently stood down as deputy chairman of Australia’s largest private ferry operator, SeaLink Travel Group, but was yesterday re-elected Chair of Prima Biomed at its Annual General Meeting yesterday.

“The Board is delighted that Lucy is standing for re-election,” said Non-Executive Director Russell Howard. “Despite her considerable new responsibilities, she remains committed to development of Prima’s immunotherapy products for the benefit of cancer patients, as well as Prima shareholders. Lucy has made a highly valued contribution to the Board over the past 5 years. We have her ongoing support and counsel going forward.” http://biotechdispatch.com.au/lucy-turnbull-sticks-with-prima-biomed/#sthash.m4LC4oOI.dpbs

Among the more unusual investments detailed by the register were the Minister’s positions in ETFs based on the commodities platinum and palladium, and his wife’s keen interest in pharmaceutical companies. http://www.macrobusiness.com.au/2013/11/why-is-lucy-turnbull-dodging-australian-equities/

The bosses of nine of Australia’s largest multinational pharmaceutical companies will appear in front of a Senate committee investigating corporate tax avoidance.

The next phase of the tax avoidance inquiry comes months after the headline-grabbing appearance of executives from Google, Apple and Microsoft who struggled to explain why those companies pay so little tax in Australia.

The move on “big pharma” came after Australian Tax Commissioner Chris Jordan told a Senate estimates hearing this month that at least four large drug makers are being audited by the tax office. “Clearly there are [ATO] investigations happening in that industry,” he said.

Mr Jordan, who has said that the pharmaceutical industry displays “some of the attributes of the tech industry”, said the importation of drugs manufactured overseas and the payment of royalties for the intellectual property behind them made tax minimisation possible for the industry.

It also comes after Fairfax Media revealed that the five biggest suppliers of publicly subsidised medicines in Australia recorded sales of nearly $5 billion last year but paid an average of just $10 million each in company tax.

Research by the Parliamentary Library disclosed the tax contribution of multinational pharmaceutical companies, including Pfizer and AstraZeneca, makers of common cholesterol drugs Lipitor and Crestor, respectively.

It found Pfizer and Sanofi-Aventis both reported losses in Australia in 2014. Those companies received a combined $1.1 billion from the taxpayer for supplying medicines through the Pharmaceutical Benefits Scheme.

In total, the top five pharmaceutical suppliers to the PBS received $2.8 billion in public money. Their total Australian sales were $4.8 billion. But the research found their combined profits were a slim $50 million. They paid $53 million in tax between them – or roughly 1¢ in tax for every dollar earned in Australia. http://www.smh.com.au/federal-politics/political-news/tax-avoidance-inquiry-calls-on-nine-big-pharma-bosses-to-explain-tax-contribution-20150619-ghrzw6.html 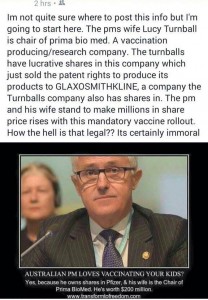 The following open letter by a PhD Immunologist completely demolishes the current California legislative initiative to remove all vaccine exemptions. That such a draconian and cynical state statute is under consideration in the ‘Golden State’ is as shocking as it is predictable.  After all, it was mysteriously written and submitted shortly after the manufactured-in-Disneyland measles ‘outbreak’. 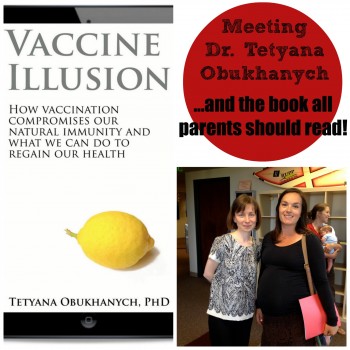 The indisputable science that is employed by Tetyana Obukhanych, PhD ought to be read by every CA legislator who is entertaining an affirmative vote for SB277.  Dr. Obukhanych skillfully deconstructs the many false and fabricated arguments that are advanced by Big Pharma and the U.S Federal Government as they attempt to implement a nationwide Super-Vaccination agenda.

When the California Senate refuses to consider authoritative scientific evidence which categorically proves the dangerous vaccine side effects on the schoolchildren, something is very wrong. Such conduct by the Senate constitutes criminal action that endangers the lives and welfare of children. Their official behavior must be acknowledged for what it is — CRIMINAL — and prosecuted to the fullest extent of the law.

My name is Tetyana Obukhanych. I hold a PhD in Immunology.  I am writing this letter in the hope that it will correct several common misperceptions about vaccines in order to help you formulate a fair and balanced understanding that is supported by accepted vaccine theory and new scientific findings.

It is often stated that those who choose not to vaccinate their children for reasons of conscience endanger the rest of the public, and this is the rationale behind most of the legislation to end vaccine exemptions currently being considered by federal and state legislators country-wide. You should be aware that the nature of protection afforded by many modern vaccines – and that includes most of the vaccines recommended by the CDC for children – is not consistent with such a statement. I have outlined below the recommended vaccines that cannot prevent transmission of disease either because they are not designed to prevent the transmission of infection (rather, they are intended to prevent disease symptoms), or because they are for non-communicable diseases. People who have not received the vaccines mentioned below pose no higher threat to the general public than those who have, implying that discrimination against non-immunized children in a public school setting may not be warranted.

In summary, a person who is not vaccinated with IPV, DTaP, HepB, and Hib vaccines due to reasons of conscience poses no extra danger to the public than a person who is.  No discrimination is warranted.

“THE APPARENT PARADOX IS THAT AS MEASLES IMMUNIZATION RATES RISE TO HIGH LEVELS IN A POPULATION, MEASLES BECOMES A DISEASE OF IMMUNIZED PERSONS.”[2]

Further research determined that behind the “measles paradox” is a fraction of the population called LOW VACCINE RESPONDERS. Low-responders are those who respond poorly to the first dose of the measles vaccine. These individuals then mount a weak immune response to subsequent RE-vaccination and quickly return to the pool of “susceptibles’’ within 2-5 years, despite being fully vaccinated.[3]

Re-vaccination cannot correct low-responsiveness: it appears to be an immuno-genetic trait.[4]  The proportion of low-responders among children was estimated to be 4.7% in the USA.[5]

Studies of measles outbreaks in Quebec, Canada, and China attest that outbreaks of measles still happen, even when vaccination compliance is in the highest bracket (95-97% or even 99%, see appendix for scientific studies, Items #6&7). This is because even in high vaccine responders, vaccine-induced antibodies wane over time.  Vaccine immunity does not equal life-long immunity acquired after natural exposure.

It has been documented that vaccinated persons who develop breakthrough measles are contagious. In fact, two major measles outbreaks in 2011 (in Quebec, Canada, and in New York, NY) were re-imported by previously vaccinated individuals.[6] – [7]

The majority of measles cases in recent US outbreaks (including the recent Disneyland outbreak) are adults and very young babies, whereas in the pre-vaccination era, measles occurred mainly between the ages 1 and 15. Natural exposure to measles was followed by lifelong immunity from re-infection, whereas vaccine immunity wanes over time, leaving adults unprotected by their childhood shots. Measles is more dangerous for infants and for adults than for school-aged children.

Despite high chances of exposure in the pre-vaccination era, measles practically never happened in babies much younger than one year of age due to the robust maternal immunity transfer mechanism. The vulnerability of very young babies to measles today is the direct outcome of the prolonged mass vaccination campaign of the past, during which their mothers, themselves vaccinated in their childhood, were not able to experience measles naturally at a safe school age and establish the lifelong immunity that would also be transferred to their babies and protect them from measles for the first year of life.

Luckily, a therapeutic backup exists to mimic now-eroded maternal immunity. Infants as well as other vulnerable or immunocompromised individuals, are eligible to receive immunoglobulin, a potentially life-saving measure that supplies antibodies directed against the virus to prevent or ameliorate disease upon exposure (see appendix, Item #8).

In summary: 1) due to the properties of modern vaccines, non-vaccinated individuals pose no greater risk of transmission of polio, diphtheria, pertussis, and numerous non-type b H. influenzae strains than vaccinated individuals do, non-vaccinated individuals pose virtually no danger of transmission of hepatitis B in a school setting, and tetanus is not transmissible at all; 2) there is a significantly elevated risk of emergency room visits after childhood vaccination appointments attesting that vaccination is  not risk-free; 3) outbreaks of measles cannot be entirely prevented even if we had nearly perfect vaccination compliance; and 4) an effective method of preventing measles and other viral diseases in vaccine-ineligible infants and the immunocompromised, immunoglobulin, is available for those who may be exposed to these diseases.

Tetyana Obukhanych, PhD, is the author of the book Vaccine Illusion.  She has studied immunology in some of the world’s most prestigious medical institutions. She earned her PhD in Immunology at the Rockefeller University in New York and did postdoctoral training at Harvard Medical School, Boston, MA and Stanford University in California.

Dr. Obukhanych offers online classes for those who want to gain deeper understanding of how the immune system works and whether the immunologic benefits of vaccines are worth the risks: Natural Immunity Fundamentals.