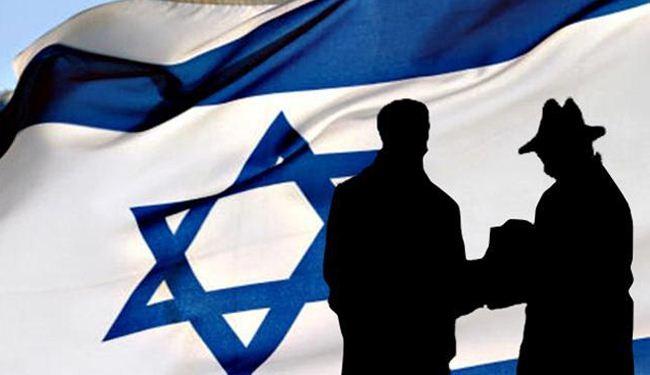 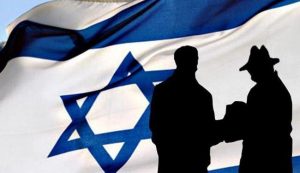 I’m reprinting my article from 2013 below. But first, a quick bit of recent history concerning two little known Israeli companies, Narus and Verint. They have helped the NSA spy on the planet.

Narus, in 2010, was folded into Boeing, one of the largest defense contractors in the world. Then, in 2014, Boeing sold Narus to Symantec. In 2016, Symantec sold half of itself to the Carlyle Group. So Narus, a little engine that could, has been keeping very high-priced company.

Verint has managed to retain its independence, after buying out the majority stake of Comverse Technology, its former owner, in 2013.

Okay, here we go—from this point on, everything was written in 2013:

2013. Boom. Explosive revelations. The NSA is using telecom giants to spy on anybody and everybody, in a program called PRISM.

But the information is not new.

Three books have been written about the super-secret NSA, and James Bamford has written them all.

In 2008, Amy Goodman of Democracy Now interviewed Bamford as his latest book, The Shadow Factory, was being released.

Bamford explained that, in the 1990s, everything changed for NSA. Previously, they’d been able to intercept electronic communications by using big dishes to capture what was coming down to Earth from telecom satellites.

But with the shift to fiber-optic cables, NSA was shut out. So they devised new methods.

For example, they set up a secret spy room at an AT&T office in San Francisco. NSA installed new equipment that enabled them to tap into the fiber-optic cables and suck up all traffic.

How Bamford describes this, in 2008, tells you exactly where the PRISM program came from:

“NSA began making these agreements with AT&T and other companies, and that in order to get access to the actual cables, they had to build these secret rooms in these buildings.

“So what would happen would be the communications on the cables would come into the building, and then the cable would go to this thing called a splitter box, which was a box that had something that was similar to a prism, a glass prism.

“And the prism was shaped like a prism, and the light signals would come in, and they’d be split by the prism. And one copy of the light signal would go off to where it was supposed to be going in the telecom system, and the other half, this new cloned copy of the cables, would actually go one floor below to NSA’s secret room.

“… And in the secret room was equipment by a private company called Narus, the very small company hardly anybody has ever heard of that created the hardware and the software to analyze these cables and then pick out the targets NSA is looking for and then forward the targeted communications onto NSA headquarters.”

In James Bamford’s 2008 interview, he mentions two Israeli companies, Narus and Verint, that almost nobody knew about. They played a key role in developing and selling the technology that allowed NSA to deploy its PRISM spying program:

Bamford: “Yeah. There’s two major — or not major, they’re small companies, but they service the two major telecom companies. This company, Narus, which was founded in Israel and has large Israel connections, does the — basically the tapping of the communications on AT&T. And Verizon chose another company, ironically also founded in Israel and largely controlled by and developed by people in Israel called Verint.

“They put [this] mass surveillance equipment in these facilities. So you have AT&T, for example, that, you know, considers it’s their job to get messages from one person to another, not tapping into messages, and you get the NSA that says, we want, you know, copies of all this. So that’s where these [two Israeli] companies come in. These companies act as the intermediary basically between the telecom companies and the NSA.”

AMY GOODMAN: “Now, Jim Bamford, take this a step further, because you say the founder and former CEO of one of these companies [Verint] is now a fugitive from the United States somewhere in Africa?”

JAMES BAMFORD: “…the company that Verizon uses, Verint, the founder of the company, the former head of the company, is now a fugitive in — hiding out in Africa in the country of Namibia, because he’s wanted on a number of felony warrants for fraud and other charges. And then, two other top executives of the company, the general counsel and another top official of the parent company, have also pled guilty to these charges.

“So, you know, you’ve got companies — these [two] companies have foreign connections with potential ties to foreign intelligence agencies, and you have problems of credibility, problems of honesty and all that. And these companies — through these two companies pass probably 80 percent or more of all US communications at one point or another.

“And it’s even — gets even worse in the fact that these companies also supply their equipment all around the world to other countries, to countries that don’t have a lot of respect for individual rights —- Vietnam, China, Libya, other countries like that. And so, these countries use this equipment to filter out dissident communications and people trying to protest the government. It gives them the ability to eavesdrop on communications and monitor dissident email communications. And as a result of that, people are put in jail, and so forth…”

AMY GOODMAN: “And despite all of this…these telecom companies still have access to the most private communications of people all over America and actually, it ends up, around the world. And at the beginning of the summer [2008], the Democrats and Republicans joined together in granting retroactive immunity to these companies for spying on American citizens.”

The fugitive CEO of Verint, whom Bamford mentions, is Jacob “Kobi” Alexander. In 2006, the US Dept. of Justice charged him with conspiring to commit securities and wire and mail fraud. The SEC weighed in and filed similar civil charges.

Alexander fled to Namibia, where he finally settled with the SEC for $46 million. [Update: In 2017, he returned to the US, where he was sentenced to the 30 months in prison.]

He is no longer the CEO of Verint.

It’s obvious that these two Israeli companies, Narus and Verint, working for NSA, have been able to divert mega-tons of data to Israeli intelligence.

The recent media stories on this NSA PRISM spying system indicate that NSA is tapping into the servers of huge tech companies; Google, AOL, Microsoft, Skype, Apple, Yahoo. The methods of data theft may have expanded, but the result and intent remain the same.

The government-corporate juggernaut moves ahead. Their rationale—catching terrorists—is, in great part, a cover story to obscure the fact that the State wants control over the lives of all citizens, as it ratchets up the very conditions that provoke rebellion.

As far as the current NSA PRISM spying is concerned, look for limited hangouts. These are partial admissions and excuses, offered to conceal greater crimes and stop investigations.

The giant tech companies already have their limited hangout in place: “We didn’t know it was happening, we would never have allowed it to happen, and we’ll be much more careful in the future.”

Obama is saying: Yes, let’s have dialogue on this matter…there’s a fine line between national security needs and overweening intrusion into citizens’ privacy.

The NSA is saying: We do spy, but we don’t read content of emails and phone calls. We just keep ‘records’ of the communications.

The lies lying liars tell. The NSA has multiple and redundant methods of spying. If they have to cut back, for a while, on directly accessing the servers of the giant tech firms, they can do it without losing a step.

After all, as James Bamford revealed five years ago [now nine years ago], NSA cuts directly into fiber-optic cables and splits the data into two copies, one of which it keeps for itself. They can access Google and Yahoo in other ways.

Most easily, they can say to these willing tech partners, “Give us all your data.” And it will be done.

Firms like Google are already spying on their customers, putting together extensive profiles to craft better targeted ads. Google knows spying. Doing it for commercial purposes, or for “national security” purposes? They don’t need to make those distinctions.

3 thoughts on “Two Israeli companies: spying on the world”