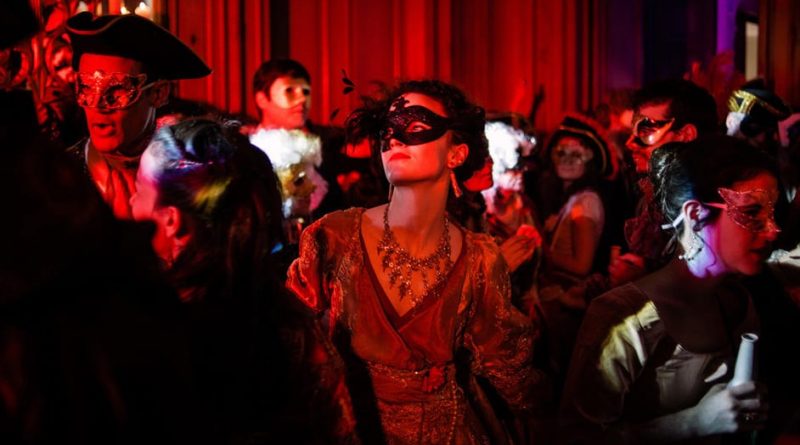 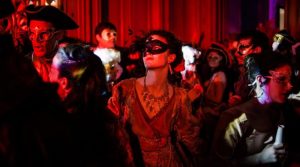 UNICEF, the United Nations International Children’s Emergency Fund was originally set up to provide emergency food, shelter and support to children in countries that were devastated by World War II. Fast forward to today, and the organization has apparently become yet another elitist bastion of occult worship and satanic symbolism, and somehow the public doesn’t seem to notice or care.

Each year the organization hosts a masquerade ball fundraising event at Clifton’s in Los Angeles, and the event in 2018 was disturbingly loaded with Illuminati and occult symbolism. Why is a children’s charity participating in the culture of elite occultism at a time when child trafficking, sex abuse, and ritual abuse of children seems to be at an all time high? The organization wants you to believe that the event’s theme was just for fun, but it follows a disturbing trend for these type of elite institutions.

According to the official site for the event:

In a promotional video for the event, found on their website, you can see plenty of rich people living it up in weird demonic costumes and ridiculously expensive designer clothing, all against the backdrop of pictures of suffering foreign children who supposedly need the help of people at the ball. There are plenty of devil’s horns, antlers, and other symbols to make you wonder what is actually the inspiration for such an event.

In attendance at the event are a bunch of elite socialites, fashion designers and such, many of whom sport overtly satanic costumes, like this devil/goat horns headpiece worn by fashion personality August Getty. Interesting how he is posing in front of a banner that reads, ‘children first.’ What’s he going to do to the children first?

Lydia Hearst was in attendance, sporting a lovely white dress with a fashionable inverted cross on the front. Inverted crosses are all the rage right now in rap music and in pop music culture in general. Hearst is, of course, the great-granddaughter of William Randolph Hearst, America’s most powerful media magnate of the 20th century, and a man known for his position as a 33rd Degree Freemason.

William Randolph Hearst Jr., was a 33 degree mason and a very powerful man in the media world.” ~B.Huldah, The JFK Files

Illuminatus William Randolph Hearst gave Anton LaVey some big help. His Avon Publishing published his Satanic Bible in 1969 (it was first released in Dec. ‘69). Since then it has reportedly gone through over 30 printings. LaVey’s next book The Satanic Rituals also was published by Hearst Avon in 1972. It talks about the power that blood sacrifices give the magician. Hearst’s papers also gave him publicity.” ~Fritz Springmeier, The Illuminati Formula to Create a Mind Control Slave

Illuminati imagery was a staple of the event, featured in promotional materials and even the dance floor was a black and white checkerboard.

Here you see the same pattern in one of the weirder scenes of David Lynch’s occult masterpiece, Twin Peaks.

The checkerboard pattern is a notorious Masonic design, and here it is used as the dance floor of the masquerade ball.

Masquerade balls where wealthy elitists gather in strange occult costumes have been around for ages. Here, at the Rothschilds’ ball you can see similarities in the costumes worn by the rich and powerful.

Why is it that these types of global, big-money institutions that are supposedly set up to work for human freedom always full of such strange, all-seeing-eye symbols, hybrid human beasts, and devil’s horns? What really is the message they want the public to get?

As Vigilant Citizen notes, the UNICEF agenda as a whole should be in question to those who truly advocate for the safety of the world’s children.

While UNICEF’s original goal was to provide temporary emergency relief to children victim of World War II, it became a permanent part of the United Nations System a few years later. Since then, its mission gradually changed from saving children from death to “advocating for their rights”.” [Source]

Maybe they know something the rest of us don’t know. Maybe in order to be this successful you have to sell your soul to something, and then have to spend your life sending occult signals to the general public. Do you remember the creepy opening ceremony at the 2012 London Olympics, which frightened the world with this giant dead baby thing taking center stage?

Buck Rogers is the earth-bound incarnation of that familiar part of our timeless cosmic selves, the rebel within. He is a surfer of ideals and meditates often on the promise of happiness in a world battered by the angry seas of human thoughtlessness. He is a staff writer for WakingTimes.com.

This article (UNICEF – Inside the Satanic, Occult Themed Fundraiser of the World’s Leading Children’s Charity) was originally created and published by Waking Times and is published here under a Creative Commons license with attribution to Buck Rogers and WakingTimes.com. It may be re-posted freely with proper attribution, author bio, and this copyright statement.

One thought on “UNICEF – Inside the Satanic, Occult Themed Fundraiser of the World’s Leading Children’s Charity”