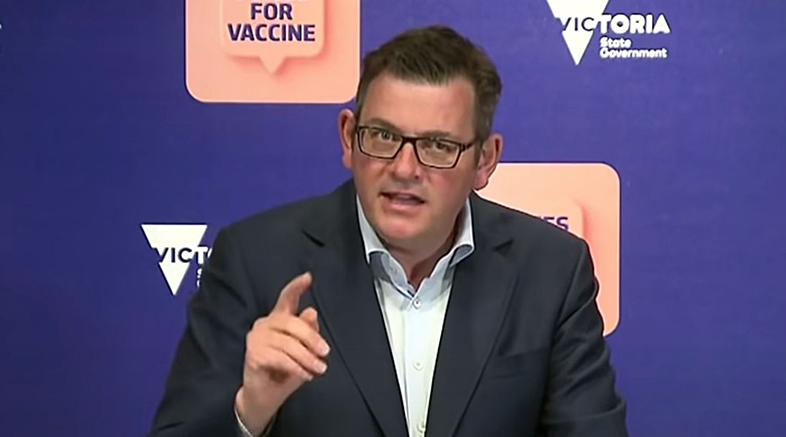 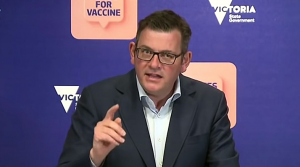 Before Australia has even started implementing controversial and divisive vaccine passports, Dan Andrews, the premier of the state of Victoria, is already talking about “booster passports.”

“I can’t say, as I stand here right now, how many – how long [the vaccine passport program] will be on, how long it will be a feature of things,” Andrews ominously said in a press conference. “But, you know, arguably, it won’t be a vaccine passport you’ll be showing in the first half of next year, it’ll be your booster passport to show that you’ve been to have your third jab.”

In the near future, Australians in Victoria and New South Wales will require passports to enter public entertainment venues.

On Thursday, last week, the Australian Capital Territory (ACT) chief minister Andrew Barr expressed his opposition to a commonwealth-backed plan for the implementation of vaccine passports. He noted the philosophical, technical, and policy concerns and objections to the requirement of a vaccine pass in social and economic life.

In the near future, the vaccinated and unvaccinated, in Australia, and some other parts of the world will enjoy different freedoms based on the whims of their governments.

Barr told reporters that he had aired his concerns in a national cabinet meeting, but no official decisions had been made on the kind of rights that would be taken away from unvaccinated Australians.

The ACT chief minister also said that the Check-In CBR app used in the capital did not require identity verification, and therefore cannot be used to verify vaccination status.

However, the national government is engaging in a “design sprint” to build a vaccine system for both check-in apps; those that require identity verification and those that do not.

In Barr’s opinion, vaccine passports in the ACT were “a solution looking for a problem.”

“We don’t need the QR code and vaccine passports to drive up vaccination rates. It’s not an issue in the ACT. I understand it might be in other jurisdictions and they might pursue it.”

Barr insisted that the ACT would not “give vaccinated people freedom before others,” because if the territory reached the 80% fully vaccinated milestone, it would only take less than a week to fully vaccinate the rest of the population.

He noted that denying services to those who were not vaccinated was a human rights violation, and insisted he would not be doing that for public services.

Barr added that individual businesses might decide to require vaccine passports, but the ACT government would not be enforcing vaccine passes mandates.

Meanwhile, the governments of New South Wales (NSW) and Victoria are preparing to introduce vaccine booster passport systems, to be used for venues such as pubs, theaters, and stadiums.

Speaking to reporters on Thursday, Victoria’s health minister Martin Foley argued for vaccine passports because of their promise of international travel and resuming the pre-pandemic “commercial, social, and cultural life.”

“The critical role for government is having systems in place firstly to get as many vaccinated as possible and then to have those foolproof and fair systems that can demonstrate who is and isn’t vaccinated,” he added.

Foley continued to say that in the coming months, the state would have “a vaccinated economy, a vaccinated cultural life, a vaccinated world operating for those who can demonstrate they are fully and safely vaccinated”.

The Premier of NSW Gladys Berejiklian said that the state would be introducing vaccine passes to “police venues” in the hospitality and retail industries.

“If you want to go and buy something which is regarded as a non-essential shop, you will put up the QR code and if it is not a green light saying you have been vaccinated, you won’t be welcome inside,” she told reporters in Sydney on Thursday.
“We are giving venues plenty of notice and businesses plenty of notice, they can prepare for what that looks like.”