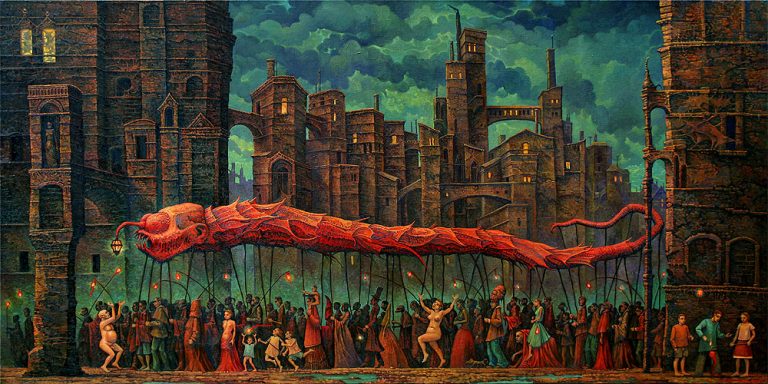 The Western world is collapsing so rapidly that I am afraid that I am going to outlive it.

The Western presstitutes and politicians have demonized Putin, Maduro, Iran, and Trump to the same extent as the patriotic propagandistic Western court historians have demonized Adolf Hitler.  But no one is as demonized as much as white people, and the curious thing is that it is self-demonization—whites demonizing whites.

One can understand why former British and French colonies from Africa through the Middle East to India, and Washington’s former colony in the Philippines and its Latin American puppet states would look with disfavor on white faces and use harsh language. But why do the New York Times, CNN, NPR, and white professors throughout the university system, school boards, white politicians, such as France’s Macron and the European Community’s  Jean-Claude Juncker and Germany’s Merkel and a wide assortment of British and Scandinavian politicians demonize white people? In Scandinavia  a blond woman who reports her rape by the latest wave of third world “migrants” invited into the country by the crazed Scandinavian politicians, is dismissed as a racist.

Scandinavian people have told me that it is becoming difficult to report any crime by migrants as the report borders on being a hate crime.

Why is fake history created in order to support this hatred of white people?

Not long ago I wrote about a white man who wrote in CounterPunch that Robert E. Lee owned 200 slaves and enjoyed abusing them.  I pointed out that Lee spent his life, until Virginia’s secession, as a US Army officer fighting for the US empire against Mexico and against the native “Indians.”  He never had 200 slaves or a plantation. He was a US Army officer who was so highly regarded by Washington that he was offered a Union command when the North decided to invade the South in order to preserve the Empire. (See here)

The fake history about Lee is just one example.  I used it because it demonstrates how outrageous are the lies that now comprise American “history.”  Despite being unattached to any known facts, they nevertheless get into history books.

Black studies avoids the fact that the British sea captains who brought African slaves to the British colonies that later became the United States purchased the black slaves from the black king of Dahomey, who captured his fellow blacks in slave wars against other black tribes.  The United States has raised entire generations on the fake history that white people hated blacks and decided to capture them in Africa and make slaves of them in order to beat and abuse them.

So how does diversity and multiculturalism work to produce a liveable society when education and entertainment teach that white people are racists?

Any answering back by whites to accusations is considered to be proof that they are racists who will not acknowledge their sins and repent from them with lavish reparations and self-mutilation.

Diversity has become such a value that the great universities have decided to destroy themselves in order to promote diversity.  Oxford University, the most famous university in the world, has decided to lower its standards in order to promote diversity. Over the course of the next four years Oxford is going to reject 25% of the qualified applicants in order to make room for unqualified applicants who are “deprived” because of standards that cause “inequality.”

Goodbye the value of an Oxford education. The once prestigious degree is becoming equalized with that of a community college,  Heaven forbid that there is anything but equality. The parents who sacrificed to send their kids to private schools to prepare them for success at Oxford, have wasted their sacrifice and their money, because the qualifications for 25% of their kids for admission are irrelevant for diversity admission. The lower you score, the more diverse and more favored you are.

All over England, or as it is now called the UK, the universities are being destroyed, as in the US.  Not only is there the example of Oxford, but the same is happening all over England and the US. The University of Nottingham has destroyed itself.  For example, the university’s philosophy department was ranked, which meant that an advanced degree meant something about its graduates expertise in the subject.

But “diversity” intervened, and scholarship took the blow. The professors with a solid research record were discarded and unqualified diversity was employed in their place. Consequently, the university lost its standing for its Ph.D. in philosophy.

This adversely affected the graduates who paid their parents’ money and years of their life for  degrees, the value of which the corrupt university administration threw away in order to please “diversity.”

Far from enjoying supremacy, white males are denied equality. They are discriminated against in university admissions and employment. Free speech is denied to them. According to military wives, white males are being denied promotions while the military achieves diversity balancing.  Google fires white males for stating basic facts. White school boys are being browbeaten and feminized.  The charge of white supremacy is being used to herd white people to the back of the bus.  While they sit there and suck their thumbs, white people are being propagandized out of existence.