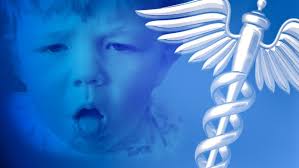 A new study suggests that the move to an artificially created vaccine for whooping cough is behind an increase in cases of the disease in the US. This is an interesting study as in Australia whooping cough cases have spiralled upward in the past decade, despite vaccination.

In 2012 the US saw the highest number of pertussis (whooping cough) cases since 1955, despite high vaccine coverage. The study, published in PLOS Computational Biology, researchers used mathematical modelling of 60 years of pertussis disease data to determine what best explains this increase.

Their research finds the level of protection of the currently used acellular vaccine is lower than that of the previously used whole-cell vaccine.

The original, killed whole-cell component vaccine, was developed in 1942. When introduced it decreased the reported incidence of pertussis in the mid-1970s to just 0.5 reported cases per 100,000 of the population. In the past decade there has been a rise from that low to about 10-20 cases per 100,000 and there is an upward trend. Interestingly, the most recent outbreaks have seen many more cases among 7-10 year olds and young adolescents (11-13 year olds).

Is the New Vaccine to Blame?

In 1991 a new vaccine was developed to address public concerns that the whole-cell whooping cough vaccine was causing adverse effects in children. This vaccine, known as acellular pertussis vaccine, used particular components of the bacteria that were believed to generate the immune response, but was essentially artificially created. The impact of this change in the vaccine makeup is just now becoming obvious. 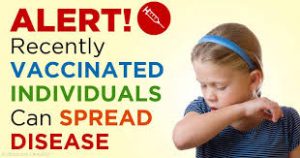 Although there has been no drop in whooping cough vaccinations, the efficacy of the vaccination appears to have dropped. It has been suggested that some of this may be due to small clusters of people who refuse to vaccinate. However, this does not explain the reported outbreaks of whooping cough in schools where all children have been vaccinated.

In Australia, the annual rate of whooping cough has hit more than 100 cases per 100,000 in the past decade.

It is becoming evident that the acellular pertussis vaccine in use now is not providing long-term protection. That means that individuals receiving the current acellular vaccination will have lower immunity than they would have had previously. The solution health authorities have to this dilemma? Give more frequent booster shots.

The problem the health authorities have, is that a change to the whole-cell vaccination will significantly increase the adverse effects reported in children. Something that they would like to avoid. Adding in additional booster shots would also be an admission that the current vaccine is not effective. In the meantime, expect to see more outbreaks of whooping cough being reported in children this winter. Just wait for the reaction from health authorities and the media that it is due to parents not vaccinating their children rather than that the current vaccine is simply ineffective.

One thought on “Whooping Cough in Australia Increasing Despite Vaccination”