First, many thanks to great investigative reporter and researcher, Jim West, for help on this story.

Of course, I’m talking about the Associated Press (AP)—and its recent coverage of the Zika story: January 27, “270 of 4,180 suspected microcephaly cases confirmed.”

AP actually had its hands on the most explosive information possible, it reported that information in one stunning paragraph, and then it let that paragraph sit there like a dead corpse. It didn’t do anything with it. Just another day at the office. Connect the dots? See the implications? Never heard of it.

To set this up, earlier in the story, AP revealed that Brazilian researchers have been re-checking their own work on Zika, and lo and behold, the original 4,180 cases of babies born with small heads and brain impairment (microcephaly) have turned out to be only 270.

The Brazilians are going through more records. But so far, the “epidemic” is not even close to an epidemic. The whole story that has spread all over the world was based on 4,180 cases. Without that number, there would have been no story.

The AP piece then goes on to revelation number two. This is even more stunning:

“Brazilian officials said the babies with the defect [microcephaly/small heads, brain damage] and their mothers are being tested to see if they had been infected. Six of the 270 confirmed microcephaly cases were found to have the [Zika] virus.” (emphasis added)

Hello, AP? Anyone home? Pick up. Don’t you see what you’re reporting? Don’t you get it?

So far, there are only six confirmed cases where a baby was born with microcephaly and also had the Zika virus. Six cases. That’s six.

And on that basis, health agencies and governments and media outlets all over the world are going crazy with warnings about the Zika virus.

There is absolutely no evidence that Zika is causing anything here. Zero evidence.

To even begin to think a virus is causing a condition, you must be able to show that the virus is present in the overwhelming majority of cases.

That test has not been passed re Zika. It has utterly failed thus far.

With this information, the Associated Press did nothing. They didn’t press the experts. They didn’t go anywhere. They didn’t ask questions. They reported the bombshell…and then they walked away.

There’s more. In their story, AP reaches out to a representative of the CDC. The subject is the number of microcephaly cases in the US every year. They’re doing a comparison between the US and Brazil. AP states:

“The United States, with about 4 million births a year, has an estimated 2,500 cases of microcephaly a year, said Margaret Honein, a CDC epidemiologist.”

The reader of the article shrugs and moves on. There’s only one problem. The CDC epidemiologist is dead wrong. Or the AP misprinted the number. Incompetently. Or on purpose. Who can say? I can’t, because although I phoned the AP yesterday and left a message about the egregious error, they haven’t gotten back to me. The AP error, you see, is this:

Every year in the US—and the conventional medical literature is very clear on this—there are 25,000 babies born with microcephaly.

(See “Practice Parameter: Evaluation of the child with microcephaly (an evidence-based review)”; Neurology 2009 Sep 15; 73(11) 887-897; Report of the Quality Standards Subcommittee of the American Academy of Neurology and the Practice Committee of the Child Neurology Society.)

Why is this significant? Because, obviously, the Zika virus isn’t the cause. In fact, the same literature states that any insult to the fetal brain during pregnancy can cause microcephaly. The mother falls down the stairs. She is severely malnourished. She ingests a poison, a street drug, a toxic medical drug.

But if the AP, in its story, had published the actual number of microcephaly cases in the US every year (25,000 not 2,500), and compared it to the known number of microcephaly cases in Brazil at this point (270), people might wake up and say, “Why is Brazil the focus? Why is the situation in Brazil causing a worldwide crisis? Are the World Health Organization and the CDC crazy?

The answer to that last question, of course, is yes. But not just crazy. First and foremost, they’re liars.

Referring back to my original point about the Brazilian researchers finding only 270 confirmed cases of microcephaly, and then only six of those with the Zika virus, the World Health Organization has taken that information and spun it—and media outlets have followed suit. The 270 Brazilian cases of microcephaly are now coupled with the phrase: “…with evidence of an infection.”

Let me translate that clever piece of manipulation. The implication is: all 270 cases also have the Zika virus. That’s what “infected” means. 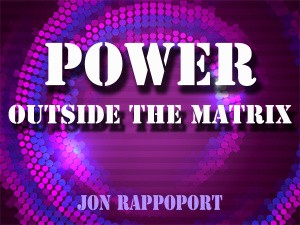 So, all you women who are thinking about having a baby: don’t. Don’t get pregnant. Don’t travel to 22 countries. Believe the authorities. They know what’s best for you. They always do. Surely, there’s a global epidemic underway. Out of nine billion people, 270 in Brazil have microcephaly, and six of those have the virus that could impair your baby. This makes perfect sense. Of course it does. If you have the thinking power of a rock. If you’re committed to a life of abject fear, based on nothing.

Perhaps it’s dawning on some of you that we’re in the wrong business. We should be starting our own branch of Fear, Inc. Our product would sell like crazy.

Or we could just put the World Health Organization on our personal terror watch list.