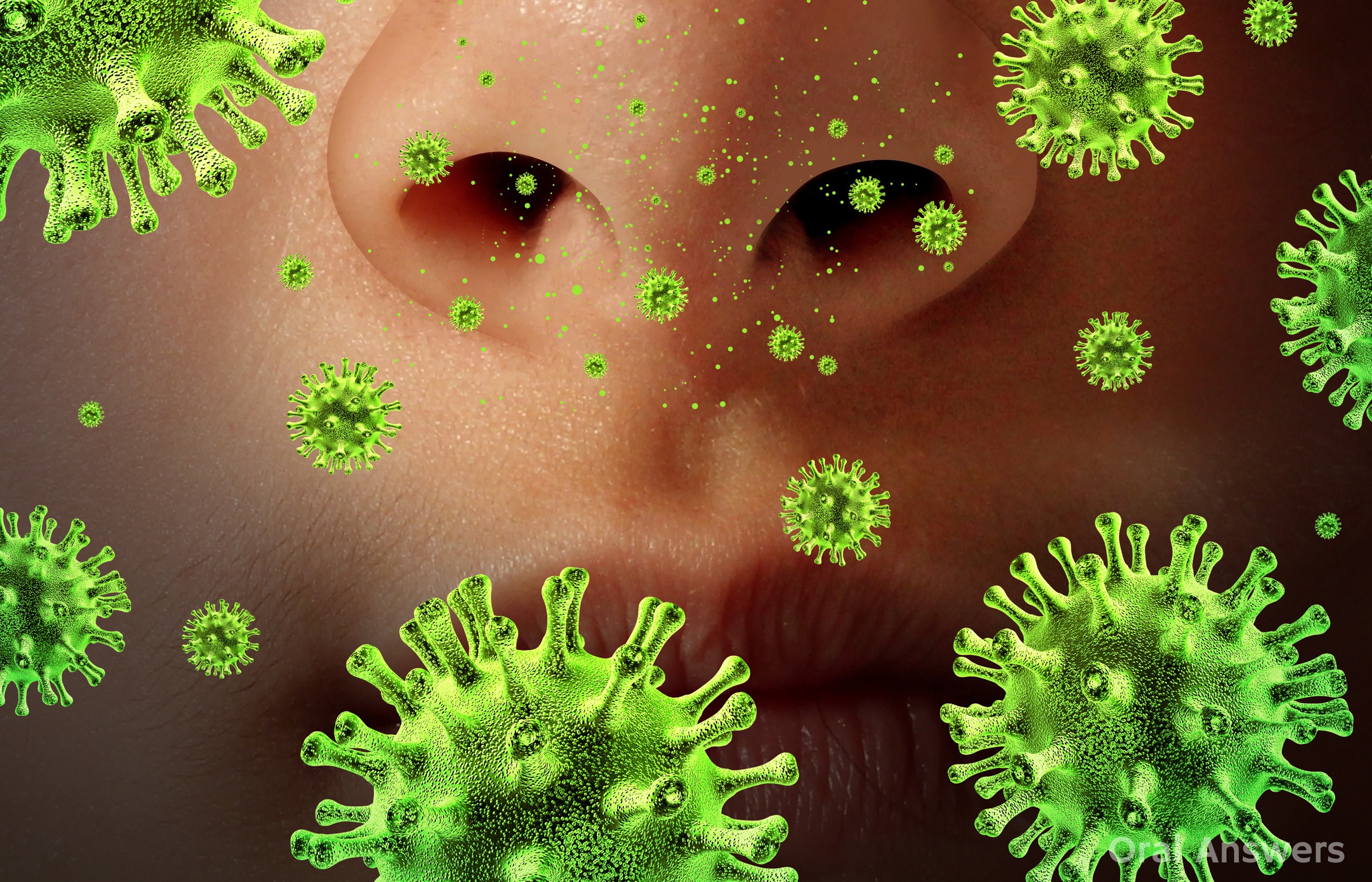 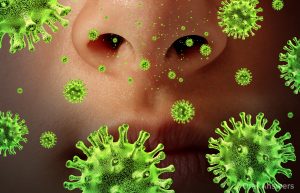 Microbial infection exist, however, it is greatly overplayed by industrial medical sales agencies. Here are alternative explanations for infection.

The simple illusion (of infection)

Dr. Stefan Lanka is renowned for his general critique of germ theory. In 2000, he lectured at HEAL-NYC (Michael Ellner), he replied that infection did not really happen with regard to the observed transmission of symptoms at chicken pox parties. “Infection” was an illusion perpetuated by propaganda during a period of actual toxicological symptoms.

That was a fine answer, but his audience rebelled, as chickenpox infection seemed real re their own experience with their children.

The rebellion was reinforced by Dr. Suzanne Humphries defense of germ theory on her Facebook page against John Wantling:

Explain to me why 7 children go to a chicken pox party and at around the same time most if not all get the same symptoms.

Dr. Humphries views are much better than her professional peers, however, by embracing infection paradigms she provides argument handles to her mainstream opponents.

Ever since the Lanka lecture, I have pondered Humphries’ question. Here are my explanations for supposed infection.

The concept of infection is motivated into existence by a pervasive conflict of interest: Medicos often claim infection without direct evidence, thereby enabling vaccine sales, profitable toxicological and medical complications, and protection for polluting industries that dominate the medical industry.

The power of suggested infection

When a group is poisoned by air pollution flu, there must be a first person who succumbs to symptoms before anyone else, then others follow like popping popcorn. The cause is likely an accumulation or acute exposure to environmental assaults along with differences in inherited defense behaviors. Those who show symptoms first are considered to be chemically sensitive. These people “suggest” the good idea of an appropriate disease response (symptoms) to others in the group, like a yawn or sneeze, with no contact required. There is no reason why we should all have the same responses ready in our minds, when we can help each other out with good ideas.

Popping corn looks like an active infection if the popper machine’s heat source were not so obvious. First one then more and eventually all are popped, but the cause is environmental. Medicos would, if they could, claim that unpopped corn is immune to the popping germ, immune to popping infection. Medicos would like to sell vaccines that prevent each kernel from popping. They would mandate with their aligned industries, genetically modified corn that would not succumb to popping disease.

If we were required to ignore heating elements, and also required to explain popcorn causation, then we would have two choices. 1) Infection from one kernel to the other, or, 2) Innate kernel vulnerability to poppability. These are analogous to germs or genetic causation paradigms.

That is medical reality, enforced toxicological blindness. Toxicology is a taboo.

This is related to and combined with, the power of suggestion, though here the suggestion is transmitted not by body language or acoustic or written words, but consider pheromones creating the illusion of germ infection.

Wikipedia [bolding is mine]:

A pheromone (from Greek… phero “to bear” and hormone… “impetus”) is a secreted or excreted chemical factor that triggers a social response… Pheromones are chemicals capable of acting outside the body of the secreting individual to impact the behavior of the receiving individual. There are alarm pheromones, food trail pheromones, sex pheromones, and many others that affect behavior or physiology. Pheromones are used from basic unicellular prokaryotes to complex multicellular eukaryotes. Their use among insects has been particularly well documented. In addition, some vertebrates and plants communicate by using pheromones.

Such communication would go far beyond pheromones.

Many of the observed effects of a ‘virus’, found in a lab or at a chickenpox party, are likely due to such inter-intra-cellular communications. Hormones have the same memory and manipulative capabilities as do the regular nervous system, however, they are slower, yet they can zing through the body interactively.

Hormonal substances can flow with the body’s liquids. The regular nervous system also uses hormones as neurotransmitters etc. Hormonal molecules happen to be at physical sizes similar to “viruses”, so lab filterable properties would be similar for hormones and “viruses”.

A traumatized hormone could perpetuate “disease” (cathartic and defensive responses) when injected from a diseased life into a healthy life. The healthy would see the traumatized hormonal context in the injection as evidence of a dangerous disease, and would pickup those warning signs, perpetuating the disease behavior.

With repeated injections (passages from group to group), the disease eventually dies out, the effect of passaging diminishes.

…the highly specialized, neurotropically fixed virus, which has been maintained in the past by intracerebral passage in rhesus monkeys, is more likely a laboratory artifact…[1]

Technicians claim to have isolated and photographed individual viruses, yet this is rarely if ever accomplished in actuality. Officials actually twist the word “isolation” to mean “mixture”.

Social transmission, via skin, fluids, or mists from breath or coughing or sneezing, do transmit “disease”, but disease is perpetuated cellular/hormonal behavior, cathartic and defensive behavior at a cellular level.

That social group also transmits symptoms (cathartic-defensive disease) by sharing hormones in vocal, breathing, and coughing mists, or contact. But disease is usually a good thing. The bad extreme, is when sometimes the disease response may go overboard and even may trigger a severe reaction such as the disintegration of the spinal cord, to separate the spine from the brain, as a defense. I am going out on a limb there, but that would be a rare and horrible over-reaction. Over-response diseases happen more to hyped up males due to testosterone (the do or die hormone), and thus accounts for example with autism being found five times more in male children than females due to pharma or ultrasound poisoning during gestation.

Sometimes the disease response might be inappropriate, such as tooth decay. Yet, maybe tooth decay is actually appropriate, because it communicates to the community that its time to move, to leave or change the invisibly polluted environment, and/or find an environmentally aware dentist. Industrial communities are stabilized by defeating the concepts of industrial poisoning with infection propaganda.

Inappropriate responses to symptom triggers:  Examples are the laboratory virus “passaging” routine, or anaphylactic shock in an animal. An analogy is a theater on fire. People flee and are trapped in the exits where they die or are severely maimed. Picture a scientist taking some of burned and traumatized persons and injecting them into a normal theater where their screaming causes repetitions of great panic in among the normal audience. People would run for the exits and some would be hurt, though not as badly as in the real fire. This can be perpetuated, like passaging, from theater to theater with the next phase of traumatized people, but eventually they catch on and the effect diminishes, as does so happen in virus passaging.

The perfume industry functions to defeat lateral social communication, i.e., the transmission among humans of pheromone communication. There are industries that produce perfume additives for industrial exhaust to preempt societal objections. Some of these chemicals entirely block the olfactory perceptors. These industries are a hazard to human health, and they defeat the democratic process. They defeat the natural correction processes, the social resolution processes, the natural democratic communications.

Maybe these communications should be controlled, as in our industrialized poisoned society, the hormonal screams for help are unsettling. Some of the hormones suggest unusual behavioral solutions. Fortunately, medicos routinely test for abnormal hormonal behavior under the guise of germ and gene testing, then remove the offenders by quarantine or attenuate them through antibiotic therapies.

The group responds like popcorn, a few at first and then more, giving an illusion of a deadly popping infection within the popcorn group. It all depends on the individual kernels, i.e., moisture content, wall thickness and flexibility, and heat exposure.

Popcorn seen through an electron microscope at 500,000X 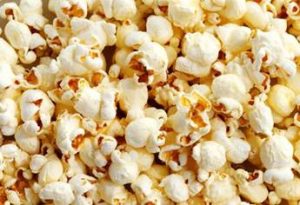 5 thoughts on “Alternative Explanations for “Infection””