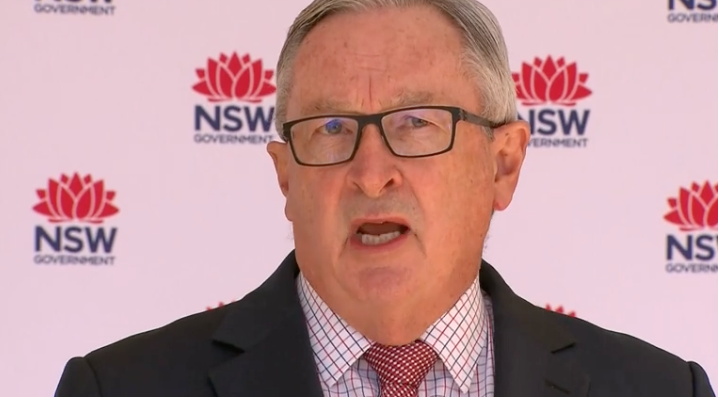 Minister for Health NSW, doesn’t give a toss school boys were ‘accidentally’ given covid injections

Heartless Brad Hazzard “it was a mistake, so what! move on”.

According to Brad Hazzard, the Dumbarse NSW Unhealthy Minister, the Covid is a very dangerous virus.

Mmmm like 885 times less dangerous then the Bs 19 jab that kills young and old at a rate of 4 recorded deaths in Aust per day and 500-1000 adverse reactions per day (times by ten to be accurate) (and these are short term reactions verse 53,000 per day being poisoned in Australia by the jab. So we will soon be looking at millions of sick and dying Aussies, thanks to morons like brad, not to mention 40 million adverse reactions globally and 400,000 plus deaths which is nothing to what’s coming, verse Covid.

4 unverified deaths this year – no evidence provided other then what our lying Government and media claim – which has zero credibility as they can’t lie straight in bed.

And 98 cases of nothing per day where at most 10% might suffer mild flu symptoms and none longterm issues.

Covid can’t kill you unless your 90, in a aged care home, already sadly dying, deliberately being starved and dehydrated and put on end of life drugs, then falsely (after dying from sheer neglect by state-sanctioned murder), wrongly listed as dying of Covid to invent deaths of a falsified pandemic that only the dumbest of the dumb can still possibly believe in. 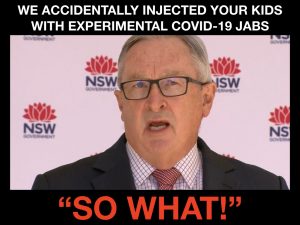 So yes Brad, You are a serious health Hazzard, and you’ll be sent to jail one day for crimes against humanity, for pushing the vulnerable, elderly, young, and innocent to partake in a rushed to market, unproven, unnecessary, ineffective, dangerous and deadly, and fraudulent Global Medical Experiment.

Let’s have a debate shall we Brad.

And re-educate you about what’s going to happen to you dodgy drug spruikers, lying to fellow Australians, and the mass death and injuries you are causing, with ample evidence already, that you guys are hiding from the public.

Come on Brad, take me on in a debate, or are you just another gutless politician, with no balls, and no idea, and not disclosing the financial incentives to spruik dodgy bs 19 death shots that only morons would take.

Have you had your shot Brad ??