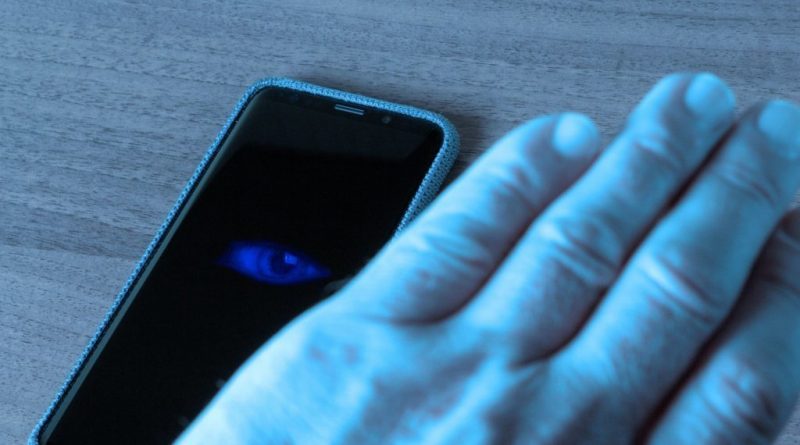 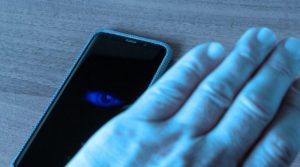 There’s been a huge revelation in the ongoing saga of the Israel-based NSO Group Pegasus spyware scandal. To recap, NSO Group was recently blacklisted by the United States after months ago a major journalistic investigation exposed that the technology was repeatedly used by abusive governments to infiltrate the devices of journalists, activists, and even foreign government officials – on up to the communication devices of President Emmanuel Macron.

Now, a breaking Reuters story has confirmed that several Biden administration officials were also hacked by Pegasus, in the first such revelation involving the targeting of US government officials.

“Apple Inc iPhones of at least nine U.S. State Department employees were hacked by an unknown assailant using sophisticated spyware developed by the Israel-based NSO Group, according to four people familiar with the matter,” Reuters writes.

The report details the hacks occurred within the “last several months” and the officials under surveillance included State Department staff in East Africa, with Uganda specifically named as their host country.

The report says the identity of what entity or which country may have been behind the targeting of American officials remains unknown at this point.

Previously there were indicators that Americans may have been targeted using Pegasus, but Reuters says it now has confirmation the breaches against US officials succeeded:

The intrusions, first reported here, represent the widest known hacks of U.S. officials through NSO technology. Previously, a list of numbers with potential targets including some American officials surfaced in reporting on NSO, but it was not clear whether intrusions were always tried or succeeded.

This is likely to have huge repercussions – possibly even damaging the normally close US-Israel relationship, despite prior attempts by Tel Aviv to distance itself from NSO. The US Commerce blacklisting from early November stated:

NSO Group and Candiru (Israel) were added to the Entity List based on evidence that these entities developed and supplied spyware to foreign governments that used these tools to maliciously target government officials, journalists, businesspeople, activists, academics, and embassy workers. 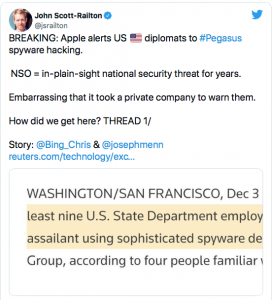 But it remains that NSO Group is well-known to work closely with the Israeli government as a key defense contractor, and government authorities oversee and regulate the export of Pegasus as a unique defense technology which must be prevented from being used by Israel’s enemies.

The spyware is actually controlled for export in the same way that weapons would be. It’s believed the Saudis, for example, used such technology to hack and track journalists and dissidents, such as the murdered Jamal Khashoggi, killed at the Istanbul consulate in 2018 at the hands of Saudi operatives on orders from the kingdom.