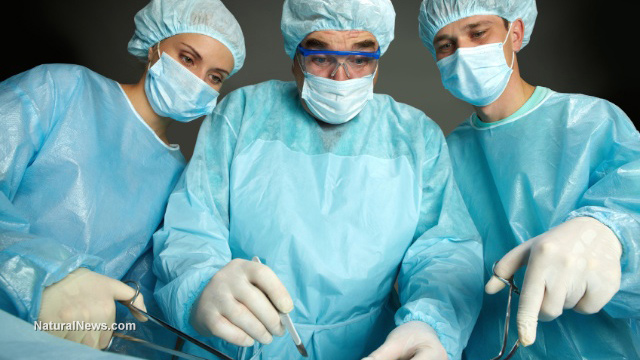 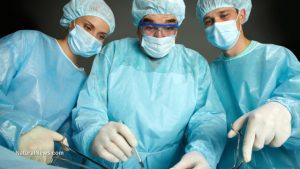 While the Australian government and its lackeys viciously attack citizens who question the safety of vaccines;

And while legislators try (unsuccessfully) to label all natural-health remedies as “pseudoscience”;

The same government ignores what mainstream medicine is doing—killing people at an alarming rate.

From medicalerroraustralia.com: “Shockingly, 18,000 to 54,000 Australians are killed each year by their medical treatment —official description ‘iatrogenic death’.  These are just ones we know about.  Nobody keeps accurate figures.”

The Sydney Morning Herald, July 27, 2009: “HOSPITAL errors claim the lives of 4550 Australians a year, equivalent to the death toll from 13 jumbo jets crashing and killing all on board, says a report to the Government which urges sweeping reforms of the health system.”

“…problems include[e] hospital-borne infections, medication mix-ups, drug side effects and patient falls…Such ‘adverse events’ are estimated to have affected about 16 per cent of people admitted [to hospitals].”

“Three in 10 Australians who suffer a chronic condition complain of poor co-ordination of their care, conflicting advice and duplication of tests.”

And yet, health ministers, legislators, doctors, and brainwashed trolls are constantly attacking citizens who look into, investigate, and expose official lies about vaccines.

Will these propagandists and loons focus their efforts on their own medical system, since it is doing such catastrophic harm?  No, instead they deflect and distract public attention from their own back yard, where death and destruction of human life have taken up permanent residence.

And don’t be fooled, when the press attributes all these deaths and injuries to “medical errors.”  The medicines are inherently toxic.  The studies on which claims of safety are based are riddled with fraud.

The same deadly deceit is being carried out in the US and other countries.

For years, I’ve been providing evidence that, in the US, the medical system kills 225,000 people a year.  The prime review exposing this fact: “Is US Health Really the Best in the World?” published in the Journal of the American Medical Association, on July 26, 2000, by Dr. Barbara Starfield.  Well, if you take the medically-caused death figure of 18,000 in Australia, and account for the population difference between the US and Australia, you discover that the Australian medical system is killing its citizens at the same rate as in America.

To my friends in Australia: You can use this article to go on the offense.  Turn things around.  The Australian government is harassing you re vaccines?  Rightly accuse them of causing widespread death and destruction through their own “pristine” medical system.

11 thoughts on “Australia: medically caused deaths – the numbers are shocking”