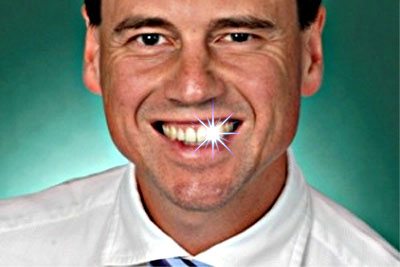 Gregory Andrew “Greg” Hunt is an Australian politician who pushes toxic & potentially lethal vaccines onto our children like a drug rep on steroids. I think that all Australian politicians who support Draconian vaccination laws need to be fully vaccinated to continue their parliamentary duties.  This should include yearly flu shots, booster shots & These provisions must be strictly adhered to or the offending politician risks being sacked or having penalties included into payments, including perks, travel allowances & retirement funds.

We would like Greg Hunt MP to be given every single dose vaccine available, including any catch-up shots, flu shots, booster shots & then track him for the next 5 years to make sure this is being done & to monitor his health. sound good, Greg?

There is “no truth” in the anti-vaccine campaign and the ongoing myths around it are putting Australian lives at risk, Australia’s chief medical officer has said at the launch of a new campaign in Melbourne.

Professor Brendan Murphy said research that suggested autism might be linked to vaccines was “completely false and has been debunked”.

A film, Vaxxed: From Cover-up to Catastrophe, has been causing controversy by linking the measles-mumps-rubella vaccine to autism.

The Australian Government launched a $5.5 million immunisation education campaign to counter the views of the anti-vaccination lobby with evidence-based information that parents could easily access.

“With social media and other channels, those who are critics have more of a voice,” Federal Health Minister Greg Hunt said of the launch.

Nationally the immunisation rate is 93 per cent but it can be as low as 60 per cent in some parts of the nation.

“Some of the areas that have lower vaccination rates are the hinterland from the Gold Coast, parts of rural Tasmania, and in particular inner-city Adelaide,” Mr Hunt said.

Nice Photo Opportunity, Greg & i like the thinking man look.

“What happens is, you can have a message in a community that spreads and our job here to say that message is false, untrue, incorrect.

“As we have seen in Western Australia at the moment, in relation to a [measles] breakout at a local school, there are real risks when you have a community that has a lower level of vaccination.”

The campaign includes at TV commercial featuring the parents of Dana McCaffery, a one-month-old baby who died because she was too young to be vaccinated.

Her family lived in an area with low immunisation rates.

“Our baby Dana died from whooping cough. She was only one month old and too young to be vaccinated,” mother Toni McCaffrey said.

Doctors said diseases like measles could be wiped out through immunisation.

“Many young parents wouldn’t have been around when the scourge of polio had people in iron lungs, seeing the horrible complications from measles,” Professor Brendan Murphy said.

“Parents need facts and that is what this campaign does. Get the facts.

“Immunisation is incredibly safe, and it does save lives.”