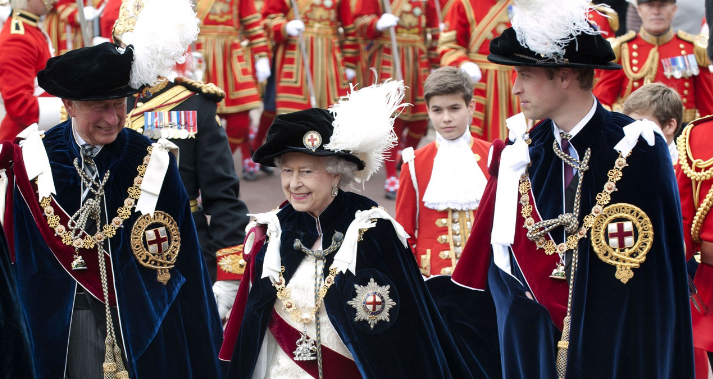 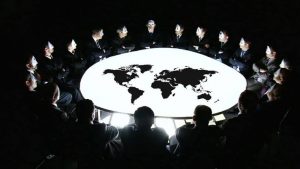 The “Black Nobility” are/were the oligarchic families of Venice and Genoa, Italy, who in the 12th century held the privileged trading rights (monopolies).

The Black Nobility aristocracy achieved complete control over Venice in 1171, when the appointment of the Doge was transferred to what was known as the Great Council, which consisted of members of the commercial aristocracy (among them the infamous de’Medici family).

Venice has remained in their hands ever since, but the power and influence of the Venetian Black Nobility extends far beyond its borders, and today it is felt in every corner of the planet. (Don’t forget, our modern banking system originated in Italy.)

In 1204 the oligarchic family parceled out feudal enclaves to their members, and from this epoch dates the great building-up of power and pressure until the government became a closed corporation (don’t we know this from somewhere?) of the leading Black Nobility families.

More of this can be found in the works of Dr. John Coleman, Black Nobility Unmasked World-wide, 1985; Conspirators’ Hierarchy: The Story of the Committee of 300, 1992. Question: the Christopher Columbus story is a concoction. How about the Marco Polo stories? Anyone?

The Black Nobility earned its title through dirty tricks, so when the population revolted against the monopolies in government, as anywhere else (aren’t we), the leaders of the uprising were quickly seized and brutally hanged.

The Black Nobility uses secret assassinations, murder, blackmail, the bankrupting of opposing citizens or companies, kidnapping, rape and so on… hence their name.


Who are these families today?

Well, the most important ones are:

(all the families you will find on the Windsor family tree).

All the families listed are connected with the House of Guelph, one of the original Black Nobility families of Venice, from which the House of Windsor and thus the present Queen of England, Elizabeth II, descends.

The Guelphs are so intertwined with the German aristocracy through the House of Hanover that it would take several pages to mention all their connections.

An example: the Hanoverian British King George I came from the Duchy of Luneburg, a part of Northern Germany, which had been governed by the Guelph family since the 12th century.

Today the Guelphs (the Windsors) rule by dominating the raw materials market, and for years they have fixed the price of gold (a commodity they neither produce nor own).

The House of Windsor also controls the price of copper, zinc, lead and tin. It is no accident that the principle commodity exchanges are located in London, England.

Companies run by Black Nobility families are British Petroleum, Oppenheimer, Lonrho, Philbro and many many more.

Another Black Nobility family are the Grosvenors in England. For centuries this family lived, as most of the European families, on ground rent.

Today the family owns at least 300 acres of land in the centre of London. The land is never sold, but leased on a 39 year leasehold agreement — the ground rent of the middle ages.

Grosvenor Square, in which the American Embassy is located, belongs to the Grosvenor family, as does Eaton Square. In Eaton Square apartments are rented out at 25,000 to 75,000 pounds a month (and that does not include maintenance costs).

This is to give you an idea of the immense wealth the Black Nobility families garner from ground rents, and why families like the Windsors are not at all interested in industrial progress along with the excess population it supports.

This is the main reason why these ’noble’ families are behind most, if not all, of the wrong-headed pro-environmental movements of the world that ultimately and covertly (of course) aim to curb population growth.

Prince Philip and Prince Charles are the most visible symbols of these movements, and both have often spoken with the utmost callousness about the need to rid the world of unwanted people.

The Black Nobility are the founders of the secret society of our day from which all the others that are connected to the Illuminati originated from — the Committee of 300.

The Club of Rome, the C.F.R., the R.I.I.A., the Bilderbergers, the Round Table… all originate from the Committee of 300 and therefore from the European Black Nobility families.

Co-operating with the European Black Nobility are American families like the Harrimans and the McGeorge Bundys. The House of Hanover seems to be German, but is Jewish. So is the House of Habsburg.

13 thoughts on “Exposing the 18 Families of the Black Nobility”