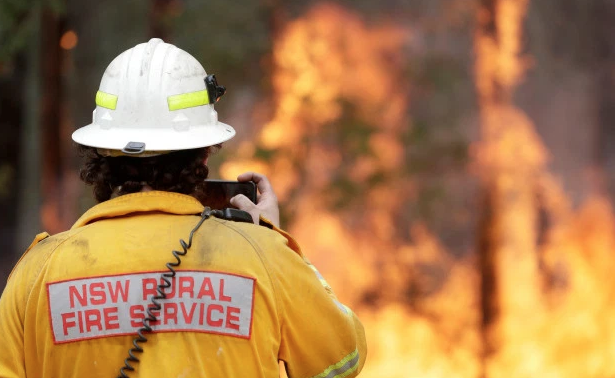 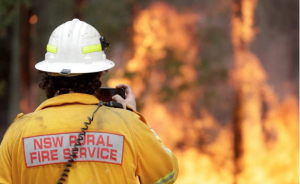 AN AUSTRALIAN firefighter has been charged with deliberately starting 17 wildfires while on bail for alleged sex offences.

The unnamed man – who was working with the Darwin River unit in the country’s Northern Territory – was linked to 17 blazes by cops investigating suspicious bushfires.

The man, 27, was linked to the fires thanks to an ankle tag he was wearing as part of bail conditions for alleged sex offences.

Australian detectives investigating suspicious bushfires, as part of Operation Paringa, arrested the man following a raid on his house on Tuesday.

The accused’s lawyer argued the prosecution’s case was “obviously circumstantial” – and that the firefighter had actually been battling the bushfires he has been accused of lighting.

Lawyers also stated he didn’t fit the lone profile of an arsonist, because he holds a job as a mechanic and is involved in a relationship, NT News reported.

But on Wednesday, a judge refused his application for bail after receiving 33 pages of alleged facts compiled from data collected by his tracking device.

The man has been remanded in custody and is due to reappear before court in February.

Australia is currently being ravaged by its worse ever bushfire season, which has so far claimed the lives of 26 people and millions of animals.

Officials say almost 2,000 houses have already been destroyed in the nationwide crisis.

The devastation has been blamed on severe drought and record temperatures hitting all states, with Sydney, in the worse affected state of New South Wales, reaching a mercury-busting temperature of 50C.

But shocking new figures released this week show how police have arrested 183 people on suspicion of deliberately starting bushfires across the country.