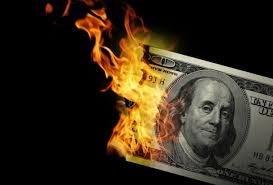 Along with credit default swaps and other exotic instruments, the total notional derivatives value is about $1.5 quadrillion – about 20% more than in 2008, beyond what anyone can conceive, let alone control if unexpected turmoil strikes.

The late Bob Chapman predicted it. So does Paul Craig Roberts. It could “destroy Western civilization,” he believes. Financial deregulation turned Wall Street into a casino with no rules except unrestrained making money. Catastrophic failure awaits. It’s just a matter of time.

Ellen Brown calls the “derivatives casino…a last-ditch attempt to prop up a private pyramid scheme” – slowly crumbling under its own weight.

Unless collateralized or guaranteed, their worth depends on the creditworthiness of counter-parties. Earnings on derivatives are “wildly overstated,” Buffett explains – because they’re “based on estimates whose inaccuracy may not be exposed for many years.”

When corporate bosses ask financial executives how profits look in any quarter, they, in turn, ask how much do you want, then manipulate things to oblige when told.

Since 2008, too-big-to-fail banks consolidated to much greater size than ever. They’re financial and political powerhouses controlling world economies to their own advantage.

Civilization’s only hope is smashing them – dismantling them into small, impotent pieces, or ideally putting money back in public hands where it belongs.

It’s too important to be privately controlled. Financial predators entrap small/weak nations into unrepayable debt peonage like Greece, bleed them dry, and thirdworldize developed ones into dystopian backwaters – while they grow richer and more powerful than ever ahead of the whole corrupt system going bust, decimating billions worldwide in greater human misery than already.

Half-intelligent economics students know better. The Wall Street owned, controlled and operated Fed is the problem, not the solution. Monied interests buy politicians like toothpaste. They write business friendly legislation, getting Congress to pass it in return for generous campaign contributions and other special favors.

America’s economy and financial system are house-of-cards disasters waiting to happen. Not according to WaPo editors.

“(T)he US financial system has made significant progress toward being less bailout-prone since” the dust settled on the 2008-09 crisis, they said.

“(B)ig banks are considerably better capitalized than” half a decade earlier – enough to “withstand (another) ‘Great Recession.”

The source: The Wall Street controlled Fed’s last ‘stress test’ assessment made public in March – ignoring the monstrous derivatives ticking time bomb weighing them all down along with the entire financial system.

A casino culture of anything goes persists. When counter-parties don’t have funds to pay on demand, bubbles begin deflating. It’s just a matter of time before current market mania ends.

Stephen Lendman lives in Chicago. He can be reached at lendmanstephen@sbcglobal.net.

His new book as editor and contributor is titled “Flashpoint in Ukraine: US Drive for Hegemony Risks WW III.”

Visit his blog site at sjlendman.blogspot.com.