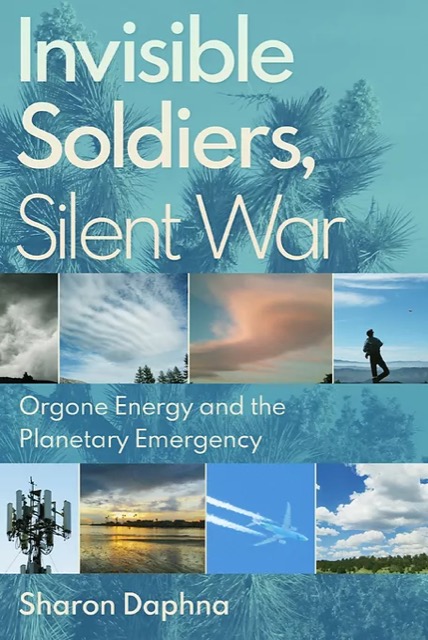 On today’s podcast i am joined by author and researcher, Sharon Daphna from California to discuss her incredible book, invisible Soldiers, silent war and the power of Orgone Energy.

We discuss Sharon’s incredible work using the power of Orgonite and take a deeper look into the global chemtrail operations and what it’s all really about. 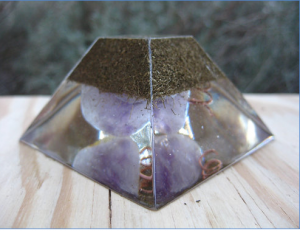 Check out the shop for Orgonite products here

​Working with orgone energy to actively dismantle the geoengineering programs in California and end years of drought has led her to new understandings of the true nature of the energetic war on humanity, as has studying the work of Wilhelm Reich. These are ideas that Sharon conveys in her talks and writing in order to help people overcome the psychological effects of chemtrails and to become the creators of their world through accessing their minds’ power to shape their reality. Orgone energy is the gateway to a new level of consciousness, and through working with this free energy, our own life force, she has been learning and sharing the spiritual awakening that could only happen in the face of such darkness.​

​Sharon Daphna is the name holder and CEO of the registered business entity, SHARON DAPHNA SCHLOSS, which she uses to operate legally in the fictional world of commerce. She lives with her husband, Gabriel Lazar, in the mountains of Southern California.

Sharon’s book is available in our shop. Released right before the first global lockdowns of 2020, it has never been more timely to learn how to flip the inversion on Planet Earth and restore our world. This is a full color instruction manual on how to eliminate the parasites from Earth, and quite an adventure story too! https://crazzfiles.com/wp-content/uploads/2022/03/sharon._converted.mp3Podcast: Play in new window | DownloadSubscribe: Apple Podcasts | Android | Email | RSS I am joined by author / researcher Sharon Daphna to cover her incredible Orgone energy gifting work and what’s really going on with our weather, our sky’s and the strange, almost translucent crafts that seem to appear and reappear.  We[…]