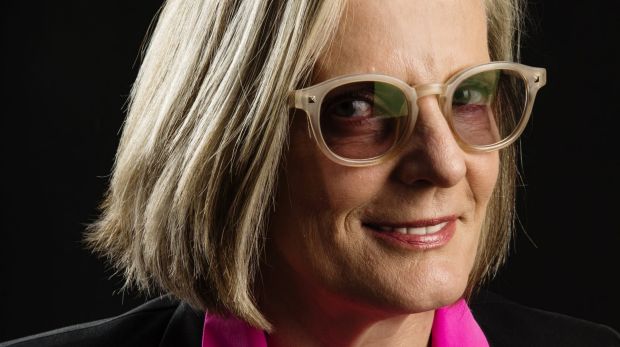 Lucy Turnbull resigned from her sole ASX role – and didn’t even get a round of media coverage to mark the occasion. Jesse Marlow

Last Friday at the Prima Biomed AGM, Lucy Turnbull used her chairman’s address to announce that she was leaving the company the next day, handing the reins to scientist and long-term board member Dr Russell Howard.

Prima Biomed may be a small-cap, but it was a remarkably quiet exit for one of the country’s most high-profile company directors, going by the (lack of) media coverage in the early part of this week.

On Thursday morning, industry title Biotech Daily published a breaking news alert about it after Turnbull lodged her final directors interest notice after the market closed on Wednesday.

It appears to have slipped under the radar of some investors too – the share price took an 8 per cent tumble on Thursday’s open.

Turnbull has spent seven years as chair of the biomedical company, it having been the only ASX role she retained past her husband becoming prime minister in 2015 (though she’s still on a range of not-for-profit and NSW government boards).

Australia’s politicians are deeply tied to pharmaceutical corporations, the British Monarchy, and other corporate and institutional powers which threaten the freedom and prosperity of Australian citizens.

One product of this hegemony is Australia’s “No Jab No Pay” law, which strips welfare from citizens who refuse vaccination for themselves or their children.

You could say people should just go without government welfare, and that’s a good idea for participants in the philosophy of independence from the system (Voluntaryism or Agorism), but the “system” in Australia has been constructed to make it difficult for anyone who is left out.

They can use this as leverage to cut off other necessities from citizens who refuse vaccination.

Without regard for the world of evidence for why people should not vaccinate, politicians and mainstream media speak of “improving vaccination rates.”

In its full perspective, No Jab No Pay is an eventuality when you see who holds power in the country. Let’s start with the Australian Prime Minister, Malcolm Turnbull.

He’s a multi-millionaire, with a chairman of a pharma corporation (who works with Novartis and GlaxoSmithKline) for a wife.

According to Money Morning:

“Australia’s new prime minister is a wealthy man. Last night, much was made of the fact that he doesn’t need to be in public life to have power and financial reward. He’s already amassed quite a fortune. Even before he entered politics. Various sources estimate his net worth at between $180 million and $200 million.”

He wasn’t a good actor in response to questions about his finances, saying:

“When I was in business I did best out of start-ups. But OzEmail was a long time ago… I can’t live off my OzEmail laurels forever.’ ‘I don’t have private equity investments any longer because a) I’m in Parliament and b) I don’t have the time… Since I’ve been in Parliament my investments are rather limited. It’s all there on the record. It’s very boring and passive.”

Similar to how ex-FDA commissioner Margaret Hamburg’s husband owns a hedge fund called Renaissance Technologies, which owned stake in pharmaceutical companies she failed to properly regulate, the Australian Prime Minister and his wife Lucy Turnbull get rich together.

While the Prime Minister leads government, and pushes for mandatory vaccination to the benefit of pharmaceutical companies, his wife Lucy is chairman of the pharma corporation Prima Biomed.

CVac, the “cancer vaccine” is a main product of this corporation, still not seeing success. As we have exposed in past articles, figures in academia and government hype cancer causing viruses over avoiding carcinogens and general good health to profit from vaccination.

Her company has worked closely with some of the world’s largest pharmaceutical corporations, Novartis and GlaxoSmithKline. The Prime Minister even has financial ties in tobacco, which may lead to a rabbit hole if you want to research it, considering that in Australia tobacco is very strictly regulated with only pictures of mouth or lung cancer allowed on the few brands of cigarette permitted to be sold in the country.

According to Crazz Files:

Prime Minister Malcolm Turnbull, who has been controversially targeted by Labor over his extensive offshore investments, has updated his pecuniary interests to include a European investment fund that holds shares in pharmaceutical companies and cigarette maker British American Tobacco.”

His wife is experienced with both financial and government power, holding the office of Lord Mayor of Sydney, and being on Sydney City Council in the 2000’s. She was born into deep government power, well summarized by Wikipedia:

“Turnbull is the daughter of Tom Hughes, a former Attorney-General of Australia.[1] Her great-grandfather was Sir Thomas Hughes, the first Lord Mayor of Sydney.”

Her finances can’t be very separate from his agenda as Prime Minister. In his own words, he said: “Lucy and I work very much as a team.”

In Australia it doesn’t matter whether you choose to believe in the Labor Party or Liberal Party, because they both have ties to royal hegemony, industry, and pharma.

Bill Shorten is the leader of the Labor Party. He and his wife Chloe are also in the game of fusing corporate and government power.

As with all power structures in the 21st Century and throughout recorded history, it’s about power and profit, on both ends of the political spectrum.

If you really want to get technical about how set to pillage Australia the Prime Minister is, read the rest of this article from Money Morning:

First, there are the listed companies and funds*. Among them is the SPDR S&P 500 ETF Trust [NYSEARCA:SPY]. Over the last two years, SPY is up by nearly 40%. This ETF is relatively popular because it offers exposure to big-name stocks, whilst being balanced and accessible. The Trust’s top ten holdings are Apple Inc., Microsoft Corporation, Exxon Mobil, Johnson & Johnson, GE, Wells Fargo, Berkshire Hathaway (Class B), JPMorgan, Amazon.com, and Pfizer Inc. Apple is the most substantial holding, at 3.8%. To put that in context, Microsoft comes next at 2.03%. So it’s very tech heavy. But perhaps not as tech heavy asVanguard Information Technology ETF [NYSEARCA:VGT], which Turnbull bought in July last year. VGT’s top five holdings are Apple, Google, Microsoft, Facebook, and IBM.

Then there’s the iShares iBoxx $ High Yield Corporate Bond ETF [NYSEARCA:HYG]. This Fund pays dividends of around US$0.40 every month or so. It has bonds from a variety of big corporations. Interestingly, most are from the US communications services market.

There’s also the Deutsche X-trackers MSCI Japan Hedged Eq [NYSEARCA:DBJP]. This fund tracks the MSCI Japan US Dollar Hedged Index. It provides exposure to Japanese equities, plus a hedge for the yen/US dollar exchange rate. Its top holdings include Toyota, Mitsubishi and Honda.

The takeaway from this? Malcolm Turnbull likes ETFs. Which, like he said, can be kind of boring. But Turnbull has also bought in to a number of actively managed funds. For example, there’s the 3G Natural Resources Offshore Fund. This Fund is run by multi-billion dollar global firm 3G Capital. 3G is based in Brazil. The Fund’s nominated jurisdiction is the Cayman Islands, because…reasons. There’s no public information on what it holds.

There were a number of others on the list, which Turnbull got rid of after he was elected in 2013. Those included iShares JPMorgan USD Emer Mkt Bnd Fd ETF [NYSEARCA:EMB] and iShares MSCI Brazil Index (ETF) [NYSEARCA:EWZ]. In other words, a significant amount of exposure to emerging markets. In July this year, he added Morgan Stanley Emerging Markets Domestic Debt Fund, Inc. [NYSE: EDD]. But EDD isn’t looking for growth. It looks for government debt securities (bonds) in emerging countries. So really, it’s just another fixed income pick.”

This is not just how it works in Australia, or in the US with the FDA for example, but this is the signature of power all over the world in its modern form.