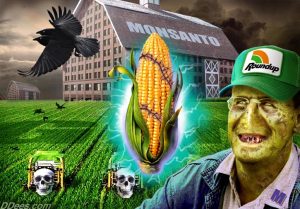 According to Monsanto’s press release, the company (recently bought by Bayer) is investing $125 million in gene editing technology with Pairwise Plants, a California agricultural startup that aims to develop gene edited corn, soybeans, cotton, canola crops, wheat, and potentially “strawberries or some other fruit.”

My co-founders and I believe the technologies we have each been developing can have a profound impact in plant agriculture and will speed innovation that is badly needed to feed a growing population amid challenging conditions created by a changing climate.” – Pairwise founder J. Keith Joung

Developing foods that will “last longer” on store shelves is said to be the primary goal of this partnership.

People who are increasingly consuming more fresher fruits and vegetables would likely eat even more if they could get items that meet some or all of these criteria — benefiting retailers through increased sales. And with about 40% of the food produced every year in the U.S. thrown away, totaling an estimated $200 billion, CRISPR could potentially cut down on waste — an area of focus for socially minded consumers, manufacturers and supermarkets.” – Food Dive

Because they will be using gene editing technology, under the new GMO labeling guidelines, the products will not need to be labeled.

Specifically, we are deeply disappointed that the final rule does not clearly require the disclosure of all genetically engineered ingredients, including highly refined sugars and oils, and new GMO techniques like CRISPR and RNAi.” – GMO Labeling Explained – What You Need to Know About These Confounding, Loophole-Laden Rules

With traditional GMOs, a gene is inserted from another organism. Gene-editing is different because it finds a gene and then makes changes by amending or deleting the gene.

Already one Columbia University study has shown that this type of gene editing can create “hundreds of unintended mutations” within the target organism. It’s not known whether this extends to gene edited foods, but now the question is, “Do you want to be the guinea pig?” – March Against Monsanto