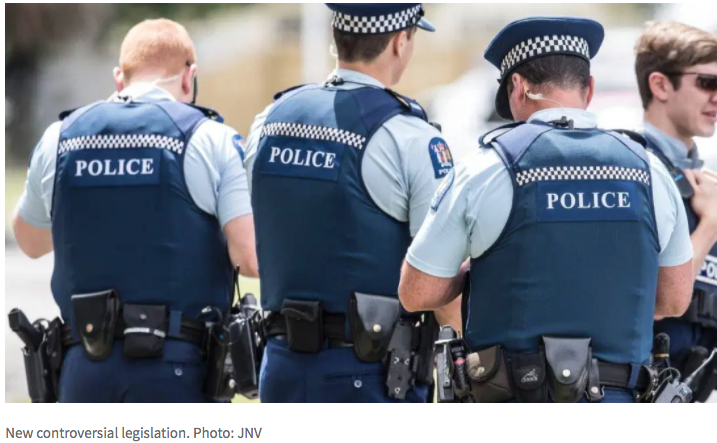 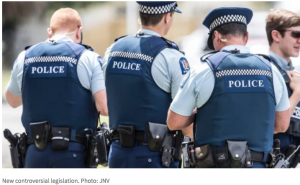 A controversial new COVID-19 law has been passed in New Zealand that allows police officers to search homes without a warrant.

Despite widespread concern, the government rushed through the powerful legislation as the country drops to Alert Level 2, saying it is a ‘better route’ than existing lockdown measures.

The New Zealand government has come under fire for the passing of new legislation that allows police officers to enter a property and search for COVID-19 compliance.

The COVID-19 Public Health Response Act 2020 was recently passed, and while the government backed down on some of the extraordinary powers, the intent of the bill broadly remained the same.

The law allows for the appointment of “enforcement officers” to check that people are complying with requirements of the new notices put in place to counter COVID-19. These officers all have to be Crown employees, who are “suitably qualified and trained” (whatever that means!).

Once appointed, these enforcement officers are empowered to do the following:

“..enter, without a warrant, any land, building, craft, vehicle, place, or thing if they have reasonable grounds to believe that a person is failing to comply.”

Having entered such places, an enforcement officer is then empowered to direct any business or undertaking that they have reasonable grounds to believe is not complying to shut down for up to 24 hours. They can do so verbally, without any requirement to report that they have done so.

He says there would be fewer restrictions under the level two law than during the lockdown.

“However, those remaining restrictions still need to be enforceable. Despite claims by some critics, the powers of the police will be narrower from midnight tonight than they have been for the past seven weeks,” Parker said.

The Chief Human Rights Commissioner says a bill granting the police greater power to enter properties without a search warrant should not have been passed by parliament so quickly.

Paul Hunt said the government had been aware for some time it would need legislation of this type, but the process should have been open to public scrutiny.

“They could have anticipated giving it more time for consideration by members of the public. There’s a sort of great regret they didn’t provide the legislation with adequate democratic scrutiny,” he said.

Following backlash to the measures included, the government says it will now be reviewed by a select committee, even though the bill has already passed into law.

Jacinda Ardern is defending the government‘s handling of the controversial law, saying the alternative was continuing a state of emergency, which gave police much greater powers.

However, although the government has issued an alert level 2 order, it could equally issue new orders for level 3 or 4 under the new law if ‘outbreaks’ return. This is important.

Furthermore, as New Zealand approaches the end of its strictest lockdown period, many are now questioning whether the lockdown was legal. Some are claiming for unlawful detention.

In Section 22 of the New Zealand Bill of Rights Act 1990, it says, “Everyone has the right not to be arbitrarily arrested or detained.”

Three questions must be asked: Was lockdown a form of detention? Was there a law allowing NZ to detain people in lockdown? Did NZ allow arbitrary detention in lockdown?

If the lockdown was not lawful until part-way through, people arrested in the week between March 26 and April 3 should not have been. And if, despite the strong arguments of the government, the lockdown was arbitrary, even arrests after April 3 will have been improper.

Either way, this continued saga has certainly signified the beginning of a new era in New Zealand — once where officers can enter your home without you knowing.

For those interested, the new powers bare striking resemblance to laws currently existing in Australia, allowing officers to enter a premises for ‘counter-terrorism’ purposes under a “delayed search warrant”.

The Counter-Terrorism Legislation Amendment Act 2014 was passed as part of Australia’s controversial anti-terrorism campaign in 2014.

Under the legislation, officers can enter the premise of a suspected terrorist without their permission or knowledge of the activity, allowing them to film, seize and search the property:

Importantly, officers do not have to alert the resident of the occurrence until after the search has already taken place, by issuing the residents a notice of the operation:

Included in the bill is the introduction of the offence ‘advocating terrorism’, extension of control and preventive detention orders, 12 hour curfew enforcements and more.

The law also made it easier to target suspected ‘terrorists’ by lowering the threshold for from a “belief” to a “suspicion” of activities.

Remember, in recent years, those who express anti-establishment viewpoints have slowly been moulded to become the ‘new terrorists’ of the modern age. David Cameron called these people “non-violent extremists” that allow for the development of social environments ISIS thrive in.

As we have previously explored, New Zealand is undergoing a rapid transformation of society, including gun restrictions, COVID-19 tyranny and more. All beginning since the Christchurch event.

It seems as if each country is being slowly geared up to align in anticipation for further measures of control. These new laws are a symbol of things to come in both countries.

Will the people of Australia and New Zealand stop this before it is too late?