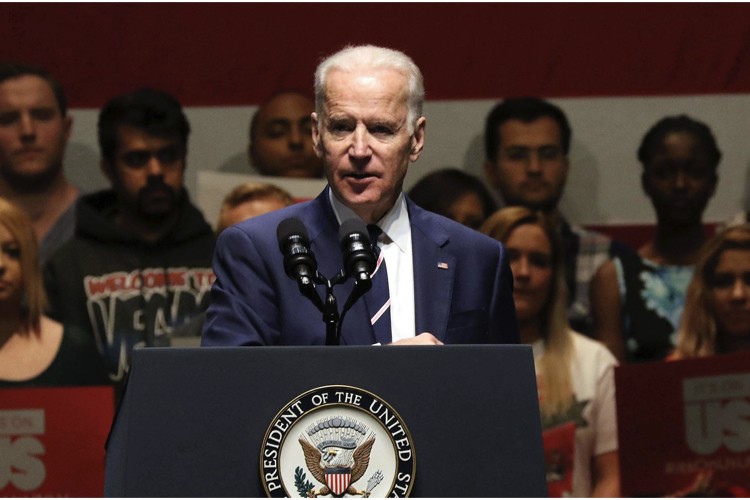 It’s not Dr. Josef Mengele experimenting on twins or WWII-era Japanese scientists vivisecting people without anesthesia. But one writer contends that our government’s attempt to foist experimental “vaccines” on the people is only different in degree, not kind. In fact, J.B. Shurk explicitly states that by making COVID-19 genetic-therapy agents (GTAs, a.k.a. vaccines) mandatory under threat of career destruction and ostracism, the Joe Biden administration is guilty of war crimes.

Has the virus since then decided to direct its wrath at those who’d dare “vaccinate” against it?

Shurk writes that whatever “the friendly U.S. government is injecting into people, it’s certainly not inoculating against or inhibiting transmission of the Fauci Virus if the ‘vaccinated’ must walk around in bubble-boy suits for the rest of their lives.” The message, he states, is that you just need to keep taking more shots — Dr. Uncle Sam will tell you when you’ve had enough.

Yet is “there some unwritten rule that we must endure fake vaccinations during fake presidencies?” Shurk then asks, after pointing out that our science/state marriage has helped create a situation where a “vaccine” is now defined as a drug that may or may not protect you against disease. You must, however, take it, anyway. Why? Because the government says so.

To be precise, proposed is the idea that people should suffer career loss and social ostracism if they refuse the GTAs. Not only is this based on no good science whatsoever — the most “vaccinated” nations also tend to have the highest coronavirus infection rates — but Shurk, again, labels it a war crime.

The voluntary consent of the human subject is absolutely essential. This means that the person involved should have legal capacity to give consent; should be so situated as to be able to exercise free power of choice, without the intervention of any element of force, fraud, deceit, duress, overreaching, or other ulterior form of constraint or coercion; and should have sufficient knowledge and comprehension of the elements of the subject matter involved as to enable him to make an understanding and enlightened decision [emphasis mine].

Shurk then asks about the above’s highlighted segment: “Does this set off any alarm bells for ethicists concerned about not following in the footsteps of Nazi medical science or treating civilians as guinea pigs for experimental research?”

“Is it possible that Herr Biden’s angry threats against healthy citizens for not partaking in his medical research might amount to ‘duress’ or ‘coercion’?” he continues. “Let’s see — jab this in your arm, or we will fire you, render you unemployable, threaten the financial survival of you and your family, and maybe leave you destitute and homeless.”

Going further, the writer then cites how the Fourth Geneva Convention labels collective punishment a war crime, stating, “Collective penalties and likewise all measures of intimidation or of terrorism are prohibited.” “The 1977 Additional Protocols to the Geneva Conventions ensure that real or threatened collective punishments are crimes against humanity ‘at any time and in any place whatsoever,’” Shurk adds.

Despite this, the Biden administration “has targeted unvaccinated citizens without any regard as to whether they might individually have natural immunity or have gained immunity from having already been infected with the Fauci Virus,” Shurk also points out. “Instead, D.F.’s vaccine mandates are structured to punish an entire class of Americans who have the temerity to believe that adults should be able to make personal decisions about their own health.”

“Class” is the word, too. Consider the following September 10 Newsweek headline: “Members of Congress and Their Staff Are Exempt From Biden’s Vaccine Mandate.” Seriously?

How much more criminal does the mandate seem when the leaders exempt themselves from the experimental GTAs that “are necessary to keep us all safe!”?

Then there’s how, last month, House Speaker Nancy Pelosi (D-Calif.) was at a large fundraiser at a densely packed table, and everyone was unmasked (video below. Relevant portion begins at 1:38) — everyone, that is, except for the “little brown people” serving them, as pundit Tucker Carlson put it. How’s that for class distinction?

Note that Pelosi foists masks on others, but, despite being in a high-risk category at 81 years old, didn’t seem too concerned about The Virus™. Curious, huh?

Lastly note the evolution on GTAs. First the Democrats were highly skeptical of any vaccine whose development Donald Trump facilitated (example below. Relevant portion begins at 1:30).

Then they transitioned to saying getting jabbed was a moral imperative, but that there wouldn’t be GTA mandates and that they lacked the constitutional authority to impose such federally (example below).

Now the shape-shifting has gone 180 degrees, with federal GTA compulsion (video below).

Continuing the war crime theme, Shurk concludes by writing, “Maybe one day when all the woke fascism around us is finally repudiated, we can convene a special tribunal to sort through this whole mess, provide due process to all the accused, and then vaccinate the lot of them.” This would be a great idea if that vaccine would protect against what truly ails us: mind-altering, morality-mutilating, liberty-squelching leftism.