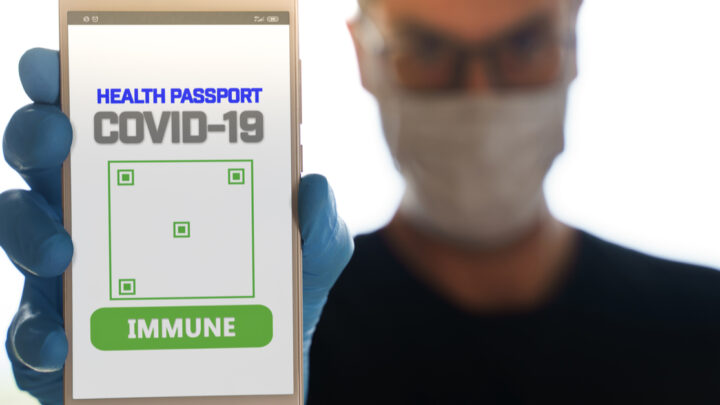 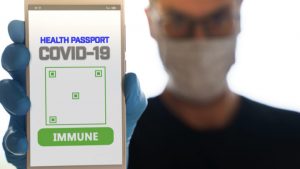 Draconian new legislation which is set to become law in France will all-but compel residents to obtained a vaccination for COVID.

Under the legislation, which has been passed by both Houses of Parliament, those who enter a range of venues without a COVID pass – which is issued once a person is fully vaccinated – or a negative COVID test will face 6 months in prison and a €10,000 ($16,000AUD) fine.

The erosion of democracy

France is a democratic nation, even though these proposed new laws are a direct contradiction to democratic freedoms including personal freedom, personal choice and personal privacy.

And the rules go further than just bars.

President Emmanuel Macron announced earlier this week that those unable to prove they’re vaccinated or COVID-negative (at their own cost) will be banned from using public transport, entering a cinema, shopping mall, cafe, restaurant and other venues from 1 August 2021.

They’re the toughest move yet by a Western democratic nation to force vaccination compliance.

The French Government had to withdraw similar legislation last December following numerous riots across the country, but legal experts say the new draft is pretty much the original legislation re-introduced, but with tougher penalties.

The problem is that if France successfully passes the laws, they could of course, pave the way for other nations to also introduce similar authoritarian measures.

Could the same happen in Australia?

This is a legitimate concern, even here in Australia.

Let’s not forget that when the vaccination first became an option last year, Australian Prime Minister Scott Morrison said that if it proved to be safe, it was going to be “as mandatory as possible.”  We’ve already seen laws introduced which make the vaccination compulsory for those working in front line health, and the Aged Care sector.

It should be remembered that Scott Morrison was one of the political figureheads behind the ‘No Jab, No Play’ legislation which initially proposed that parents would lose their child care benefits and rebates, as well as their end of year Family Tax Benefit, if their children were not fully immunised or on a catch-up immunisation schedule and wanted to enrol in day care or kindergarten. The scheme also sought to impose fines on childcare centres that admit unvaccinated children.

There are ways, as the French legislation demonstrates, to ensure that people are vaccinated.

And while many will happily comply, some people still have concerns that the vaccine has been developed in a rush and pushed through truncated testing processes, and there could be potential side effects, both short and long-term, yet unknown. In a democracy, it is a personal right to choose to wait.

Without being alarmist, it’s really important to consider what’s happening in society right now, not just in Australia, but globally.

Nothing in recent history has divided and polarized people in the same way that COVID has. And it is taking a serious toll on our people, and our communities and our neighbourhoods.

Today, more than 7,000 people took to the streets in Sydney in protest over lockdowns. Similar rallies were held in Melbourne which is now in it’s 5th lockdown since the beginning of last year.

NSW Police rejected an application to authorise the Sydney protest because under the current public health orders, people who are not from the same household cannot gather in groups of more than two outside. Even then, it has to be for exercise.

In a statement, NSW Police said it “recognises and supports” the right to exercise free speech and peaceful assembly but the protest was in breach.”

Much of the response on social media to footage from both Sydney and Melbourne was vitriolic, a testament to just how divided the nation is right now.

Irrespective of which side of the COVID debate people fall on, respect for another’s views, and respecting their right to express those views, has largely disappeared, in amongst the general  fear and trepidation around COVID, and also the vaccine — most of which is being perpetuated by the mainstream media. The fact that our leaders are doing so little to encourage social cohesion is only exacerbating the problem.

And yes, we should feel a collective responsibility to stop the spread of this virus and work together to keep each other healthy and safe, particularly the frail and vulnerable, BUT that can only really come with compassion and sense of community, which, given the massive divide being caused by COVID is simply, not possible right now. And it will become worse over time unless we can find more tolerance for opposing views.

Irrespective of which side of the debate you fall on, all aspects of the COVID situation and the problems it presents, should be serious considerations.

The fact of the matter is that as we continue to point the finger of blame at each other, and argue and bicker about who is right, our freedoms continue to be eroded, our economy continues to fail and our society continues to fall apart at the seams, and this should be an overriding concern for all of us.