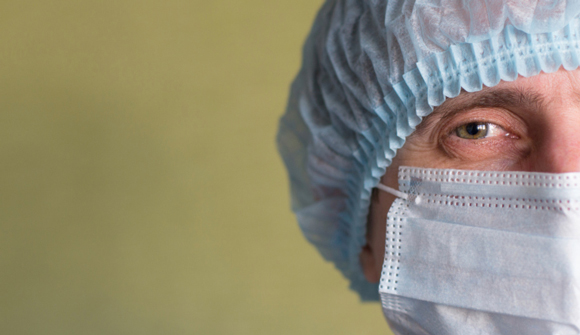 Did you know that doctors and scientists can be corrupt or simply wrong?

People seem to give doctors and scientists the benefit of the doubt when it comes to their findings and opinions on things like global warming, genetically modified organisms, pesticides, chemicals, and how unhealthy certain foods and habits are.

But like any other humans, scientists and doctors are, well, human. They can be misguided, confused, corrupt, and stubbornly opinionated.

According to Natural News, as many as 20,000 doctors once recommended smoking cigarettes to aid digestion. In 1940’s Camel ran an ad campaign that claimed “More Doctors Smoke Camels.” They even handed out packs of Camels to doctors at a medical convention and then polled the doctors on their way out the door, asking what their favorite cigarette brand was, or what kind they had in their pocket at that moment.

Unfortunately, money has corrupted industries like big pharma who pay doctors and scientists to take a position and prescribe particular drugs and treatment. Many peer-reviewed studies have predetermined outcomes which basically find the facts to fit their narrative. It is more a marketing ploy to publish in scientific and medical journals than proof of the actual findings.

Sugar was long considered fine to dump down children’s throats because in the 1960’s a handful of scientists were paid off.

The documents show that a trade group called the Sugar Research Foundation, known today as the Sugar Association, paid three Harvard scientists the equivalent of about $50,000 in today’s dollars to publish a 1967 review of research on sugar, fat and heart disease. The studies used in the review were handpicked by the sugar group, and the article, which was published in the prestigious New England Journal of Medicine, minimized the link between sugar and heart health and cast aspersions on the role of saturated fat.

But even absent actual corruption, basic mistakes are being made in scientific conclusions.

Correlation is not causation. This is a basic foundational tenet of science. Two things may be very strongly correlated, but that does not prove that one causes the other.

According to Reason Magazine:

When it comes to separating the wheat from the chaff of studies that are mediocre or just plain bad, Albert Einstein College of Medicine epidemiologist Geoffrey Kabat is a national treasure. “Most research findings are false or exaggerated, and the more dramatic the result, the less likely it is to be true,” he declares in his excellent new book Getting Risk Right.

Kabat discusses how “the dose makes the poison,” in that saying something doubles your risk of a disease could actually be statistically irrelevant.

And then, of course, you must consider the editorial bias. You’re Risking Your Life Eating Bacon is more likely to get a click than Everyday Bacon Eating Increases Cancer Risk by 1%.

Kabat suggests that the precautionary principle–“better safe than sorry”–is largely an ideological ploy to alarm the public into supporting advocates’ policy preferences. He also decries “the simplistic notion that ‘consensus among scientists’ is always correct.” He notes that scientific consensus once held that ulcers were caused by spicy foods and stress instead of bacteria…

Here’s the thing, I like to be healthy, and I personally often follow the better safe than sorry principle. But it is a huge miscarriage of authority to push this view on others through fear. It is the idea of I know better than these silly peasants that unfortunately seems to permeate the scientific and medical communities.

Are GMOs, pesticides, and chemicals like BPA really as bad as they say? I personally avoid them, but I honestly haven’t done enough of my own research to know for sure.Salt and fat have gone back and forth as being considered healthy

Salt and fat have gone back and forth as being considered healthy then unhealthy, then healthy again by experts.

People look to doctors and scientists for guidance and too often are brainwashed with those individuals’ own biases and unsubstantiated opinions.

If an expert cannot or will not answer questions about their work, that is a red flag. When people talk about consensus among experts instead of the actual facts, that is another red flag.

There have been too many times in recent history when the experts, the scientists, and the doctors were willfully or mistakenly wrong.

Sometimes, yes, we must defer to experts, since it is simply impossible to research it all on your own. But that doesn’t mean we should forgo the due diligence in critical thinking that goes along with it.

Fear sells. We are used to it in the media but don’t usually expect it from doctors and scientists. But they are humans too, and just as likely to push their agenda instead of the truth.

One thought on “Real Fake News: Science Used As Propaganda”