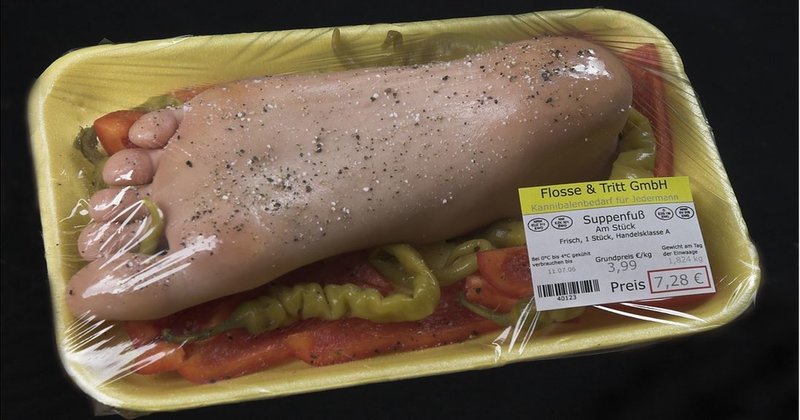 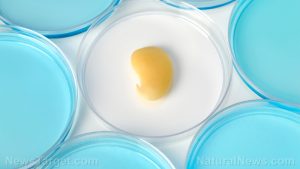 Have you ever read a headline that made you do a double-take just because it sounds so outrageous there’s no way it could be true?

I’m guessing you may have done just that with the headline to this story. I know I did a double take when the editor assigned it.

But yeah, the gist of it is absolutely true: Insane liberals now think it’s ‘trendy’ to eat other people.

As noted by The Federalist Papers, it isn’t a “click-baity” thing, either. It’s the real deal.

A piece in Wired magazine posits this question: “What’s wrong with eating people?” — then goes on to extort the ‘virtues’ of doing so.

Under the category of “Food” — again, not even making this up — writer Richard Wordsworth, in his Oct. 28 piece, actually suggests that we could all “soon be dining on lab-grown celebrity canapés and lightly-seasoned chunks” of our “loved ones.”

“But is the world ready for synthesized cannibalism?”

Does he really feel its necessary to ask that question and then explore it as a viable option? Yes, apparently so — and sadly, so did Wired magazine. (Related: Lab-grown meat will never feed the world or be commercially viable.)

And amazingly, he couches this ridiculous insanity on the premise that “a juicy human burger” would be “guaranteed cruelty-free” because, in the future, human ‘meat’ will be lab-grown. So you know, “no-one gets their leg sawn off for your signature slow-cooked tagine,” and “no-one even has to die these days.”

By “no one,” do you think he’s referring to animals raised for meat? Because if he is, normal people don’t refer to them in human terms. They’re not “no-one’s” because they don’t have human identities. Again, they’re animals raised specifically for consumption.

You may not agree with that premise and that’s just fine; you certainly are entitled to disagree and eat whatever you want, in whatever manner you wish (personally, around here, we like organic, non-GMO, gluten-free, antibiotic-free food, like many of you as well).

But to suggest that eating even lab-grown human meat over, say, lab-grown beef, pork, chicken, or fish as a better option is just flat-out crazy. Not “click-bait” crazy, the real deal. Insanity.

“In the West, this is a huge taboo,” Wordsworth quoted Dr. Bill Schutt, professor of biology and research associate in residence at the American Museum of Natural History.

As the author of “Eat Me: A Natural and Unnatural History of Cannibalism,” he noted further that our cultural values and morals simply do not align with the suggestion that humans are ‘food.’

“Especially the medicinal cannibalism that took place relatively recently in Europe. I think it was something that people probably weren’t particularly proud of, once they discovered that modern medicine had better solutions than eating body parts,” he added.

Nevertheless, Wordsworth (and others) are taking the concept of lab-grown human meat — including so-called “celebrity cubes,” which feature the DNA of, well, celebrities — as a serious alternative ‘down the road.’

Dr. Koert Van Mensvoort, director of the Next Nature Network and fellow at the Eindhoven University of Technology in the Netherlands, believes that at some point, some peoplewon’t have any problems eating some people.

“In general, I think there will be huge reluctance against in vitro human meat,” he told Wordsworth. “It will be very, very niche. Maybe a very haute-cuisine restaurant will offer this once-in-a-lifetime, special experience for which you pay a lot of money.

“Or it could be a ritual: when you get married, you consume a piece of each other’s meat, just that once. I’m not promoting it, I just think it’s a fascinating conversation to have. The problems are much more social and cultural than technical or medical,” he added.

As crazy as all of this sounds, what’s even crazier is that these gents appear to believe that U.S. and Western lawmaking bodies wouldn’t find ethical problems with this and ban it before it even began.

J.D. Heyes is editor of The National Sentinel and a senior writer for Natural News and News Target.