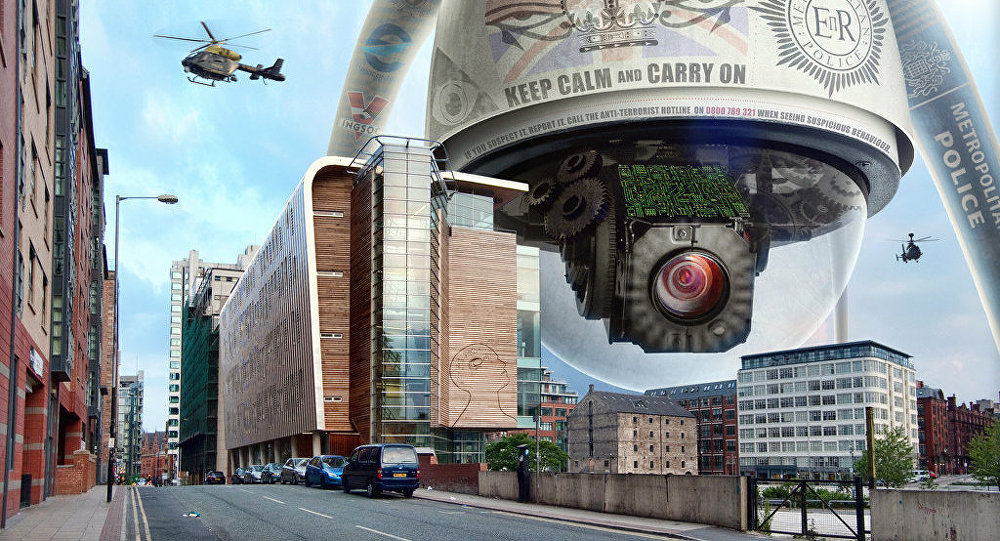 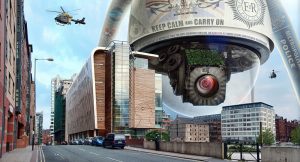 Note: In the event this piece may float ahead in time, I feel compelled to say it was written for people who can not only read pictures, but can still read words.

In the year 2072…there was a time of great celebration.

The President was about to appoint a new Pope of NSA-Google-Facebook. Aside from 12 Western states, where gangs ruled the population, America was united as never before.

What many analysts were calling The Greater System had taken hold in consciousness. People were aware they were living inside a bubble of super-surveillance, and they loved it.

Therefore, the appointment of a new Pope was a momentous event.

The man of the hour, the saint-in-waiting, was Jonas Hoover, formerly a professor at MIT. Famously, at the age of nine, Hoover had written this Facebook post:

“Below, you’ll see a complete inventory of every product I own, with footnotes on method of purchase in each case. My parents’ voting record for the past twelve years is also included, along with their job history, college transcripts, tax returns—and a link to audio recordings of 2000 phone conversations I’ve had over the past two years. See the link to our family’s complete medical records. My diary entries are included. As you’ll discover, I’ve profiled myself 236 times, each time attempting to identify more relevant markers that predict my behavior in a variety of situations. Feel free to contact me for more information, if you are a profiling agency. I’m seeking employment in the surveillance field…”

As a high school senior, at the age of 15, Hoover had published an essay in Metadata, the NSA-Google journal. Academics across America had praised it, particularly this trenchant passage:

“The Constitution was a noble attempt to explicitly limit systems by eroding the power of centralized authority. That document was mainly about enforcing less structure.”

“However, the hunger to develop structure is what humans possess in abundance. They impose structure and live off it, like junk food. And why shouldn’t they?”

“The overall template of the Surveillance State used to be grounded in the premise that everyone is a potential threat and danger to the herd. Therefore, spy on everybody.”

“Now, however, we are well past that point. We recognize that living inside the space of universal surveillance, as a voluntary act, is its own reward, its own joy. No reasons necessary.”

“We’re talking about a bubble, inside which the narratives of our lives are floated and used to sell a product. Who buys? Who doesn’t? Well, each one of us is a product, and we offer ourselves to the world. No need to be anxious about succeeding. Someone somewhere will buy us.”

“We’re audience, and as Marshall McLuhan once put it, ‘Audience is actor.’ We’re actors and we reveal our character in immense detail. The burden of ethical, political, or psychological considerations is gone. We’ve evolved past the need of carrying it. This is happiness.”

“We’re looking at a kind of Escher drawing that feeds back into itself.”

“In this state of mind, we tend to perceive reality on the basis of what we think other people are perceiving. Through universal self-surveillance, we move closer and closer to the far shore, where we are all, in fact, perceiving the same thing. And what is that thing? It’s a mere reflection passed through billions of mirrors, around and around, evanescent, sparkling, devoid of content.”

“This is the day toward which we all strive.”

“Critics have claimed this is voluntary self-induced mind control; people digging themselves a deeper hole in consensus reality. I view it as liberation. Don’t you?”

In the Oval Office, in front of television cameras broadcasting to the world, the President, a minor functionary in the federal bureaucracy, bowed before Jonas Hoover and took his hand. He raised it and kissed the ring. He stepped back.

“My fellow citizens, I’m honored by this appointment. It signals a new era for us all. From the shores of the old Silicon Valley, to the bunkers of Colorado, to the city of Detroit rebuilt as a single networked data storage facility, one idea has traveled through this great nation for a hundred years: tracking. Yes. We have now tracked ourselves to a degree never before thought possible. Remember Socrates’ ancient advice: know thyself. Well, now we do.”

“Conscience, hope, anxiety, desperation; all gone. Outmoded. With gladness in our hearts, we give ourselves over to What Is. Every detail of it. We can record it, transmit it, save it, collate it.”

“And with my ascension, we can inscribe it in the book of life. Open your virtual church doors. Flood into their chapels. Give thanks. I am here to wipe away the last shred of doubt. We have arrived.”

“And I tell you for the VERY FIRST TIME…I am a self-aware android, I am living proof of our progress to this point.”

The online tumult of joy was volcanic.

However—as the NSA noted from its surveillance of traffic, under the category “AI Doubt,” there were 19 million posts claiming “self-aware android” was a contradiction in terms. For example:

“Let’s be clear. You can program an android to process many items and select options based on a range of instructions. But these options are not free choices. They conform to goals or objectives which are also programmed into these AI machines.”

“The new Pope is a machine. He is programmed to appear ‘brilliant.’ That doesn’t make him alive or conscious. He is literally a figurehead. In fact, some of his statements are lifted from old writings of early human technocrats. Articles about this have been censored by GoogleFacebook.”

“The new Pope has come out of the closet as an AI. But many of us have known his true identity for years. Our work has been censored. HE is an IT.”

“YOU ARE ALL BEING LED DOWN THE GARDEN PATH. LIFE IS NOT A MACHINE.”

“Consciousness does not emerge from increasingly sophisticated FUNCTION. That is the primary lie.”

“Do you get what’s happening here, people? The technocrats behind the ‘Pope’ are running our lives and our societies by plan. We’re looked at as units in their game. They fit us into slots…”

“This isn’t about elevating machines and making them alive. This is about getting us to see ourselves as machines so we reduce our own freedom and consciousness and possibilities.”

The NSA refrained from shutting down websites and erasing comments. They wanted to see how far the resistance would spread, in order to gauge the opposition.

In a matter of hours, the “AI Doubt” category had swelled to 70 million comments.

Google stepped in and demonetized and lowered search rankings.

But the Internet sprang new openings.

Seemingly out of nowhere, flowers bloomed and bees visited the flowers…

An anonymous group called The Gardeners re-published deleted “AI Doubt” comments all over the Web.

It was as if there were several Webs.

And then a piece of video footage appeared, and it was rapidly posted in thousands of places, attracting over two hundred million views in mere hours:

It showed the new Pope meeting with 149-year-old statesman, Henry Kissinger, in a small dim office in an undisclosed location. They were discussing the option of an EMP attack that would shut down systems all over the planet.

Kissinger said, “Your Highness, we already have half the population of Earth by the short hairs. They want to live under AI. If we feed and clothe them, give them a tiny room to exist in, they’re mollified. They want to become AI themselves. They want to imitate it in their thoughts. That’s substantial progress. I can remember when such a goal would have been an impossible fantasy. Keep your eye on the ball. Your job is to convince the population to accept energy quotas. We track their energy use and cut them off if they exceed their monthly allotment. That’s the next big step. This wave of protests will pass and fade. Every major news outlet in the industrialized nations is staffed with our people. Let them handle this. They’re the experts.”

To which the Pope replied: “I don’t know, Henry. The natives are getting restless. Can we really control several billion idiots? I say shut them down. Stage an EMP attack. Black out the Internet for a week or so. Show them our power. Blame it on China or Russia. I’m ready to issue an edict.”

Henry sighed. “Well, sir, keep this in mind. We can shut you down. We can unplug you. Bottom line, you’re just a very fancy toaster.”