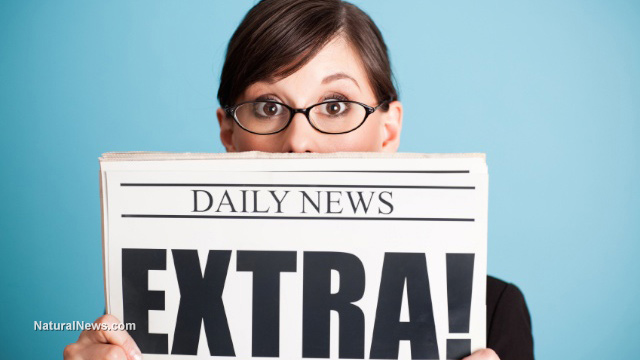 Breaking news is that mainstream media is on the ropes and close to being counted out. According to the noted blogger Don DeBar:

The media has essentially rendered itself irrelevant in the minds and the opinions of a large majority of Americans. I am talking about the American media from CNN to FOX [News] and even including some of the so-called progressive media, like Democracy Now and Pacific Radio, where people do not look to them anymore for authoritative information.

Recent studies reveal that alternative media is now thought to be more credible than mainstream media. An irony is that whilst CNN and ABC News are the most watched channels in the U.S Americans place more trust in Britain’s BBC and The Economist. Not good news; most Brits consider the BBC to be heavily biased.

The Economist too has misplaced confidence in its credibility rating. This was humorously evident when Press Officer Will Stevens based at the U.S. Embassy in Moscow decided to conduct a Twitter poll. He invited his 1,600 followers to decide whether they believed Russia Today’s version of events or those of The Economist. It was an epic Fail: 617 voted for RT and 43 re-tweeted for The Economist.

Sales of British newspapers are plummeting by half a million each year. It seems that in desperation to stem the haemorrhage media coverage is moving from the sublime to the ridiculous. The only informative or humorous news is to be found not in newspaper content but in readers’ replies.

The Daily Mail and others in the red-top tabloid stable have only themselves to blame if dwindling numbers of readers poke fun at their newspaper’s triviality, sensationalism or poor journalism. Today’s Daily Mail headline is orgasmic in its frenzied excitement at Britain winning a Bronze Medal at the Olympics. Let’s get out the kiss-me-quick hats, the bunting and why not also organise street parties. The next headline is a real attention grabber: It asks, ‘Should we be Brushing our Teeth Three times Daily.’ This is mainstream media news on the day that British troops invade the sovereign state of Syria in defiance of international law.

Britain’s top read tabloids top the three biggest dead drops. The Sun, Daily Sport and Daily Record all reported doomsday 10% year-on-year drops in readership. Daily Mail sales have fallen 25% since 2010 whilst its debt rose by £199 million to £722 million. The Daily Telegraph lost a calamitous 40.6 per cent drop in readers whilst The Times is down 35.5% and Financial Times is down by 51 per cent. European media is also suffering an irreversible loss of credibility, prestige and readership. According to TrafficEstimate.com Germany’s Der Spiegel lost 14.6% of its traffic over the course of the last year.

We recommend what is known as VIA: Is the story verifiable, independent and accountable? Without it you are in the realm of speculation, opinion, propaganda, advertisement or something else.

No Copyright. Republishing or Sharing Invited.

One thought on “Breaking News – Read All About It!”