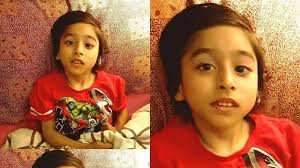 A boy whose name is not allowed to be spoken anymore. Parents, family, support workers, church members and the legal team are all gagged. Gagged by a corrupt government and court system that somehow thinks that it would be in the best interest of a little boy to be away from his loving, caring parents and family.

The family and their supporters were brutally attacked. Everyone knew what to do and whatever the family did was wrong according to some. Every step, every person involved with this case was attacked. And the most disturbing of all was that some of the so-called leaders of the ‘pro-choice’ movement showed their real faces in this matter. They showed they don’t care about a family’s choice. They attacked and scrutinized. Forgetting that supporting the family means you support their choice. Attacking for days in a row. Completely disempowering the whole pro-choice movement in its wake.

I’m not gagged. Attack me. I have been there before. I will say his name. His name is Chase. Chase Walker-Steven. Chase and his parents were ‘the criminals’ in a massive police hunt. The Lady Cilento Hospital in Brisbane went on a power trip and wanted to show the parents that they had the power to force their treatment on their son. And it appears, unfortunately, that they were right…. Australia is no longer a free, democratic country.

Maybe not directly but after weeks of court and the family running to another state. The New South Wales child protective services swooped in and pulled this poor 4-year-old boy from his crying mother’s arms. While having the father barricaded in the toilet so he was powerless to stop these people from kidnapping their son.

This poor kid is now living in some undisclosed location, either still in a hospital or with a foster family. He is getting fed pharmaceutical grade formula and administered pharmaceuticals to combat all the side effects these bring on. The people who know what’s happening are gagged. The medical professionals are scared they will lose their jobs if they speak out. All we really know is that Chase is not home with his parents. Parents who have shown over and over again to be the best possible caring people Chase could wish for. They fought for him for almost 5 years and will never stop fighting for him. Everything they have done for him only shows their love for their son. Nothing they have done suggests they meant to harm or did harm him. To the contrary. Chase was doing amazing in his family’s care.

Chase will be turning 5 at the end of this month. His whole life has been turned upside down. He is a nonverbal kid that can’t advocate for himself. He was deprived of his right to have someone advocate for him. He was deprived of his right to be with his family. The trauma this little soul is enduring must be immense. And will most likely set him back for years to come.

We can not forget about this boy. We can not forget what was done to him and his family. Even though the information has dried up. People have been gagged and can’t talk. Others can still speak up and keep the Chase for Chase alive. We have to keep hoping that we aren’t living in a fascist country where the government can just swoop in and remove your children. Just because they don’t agree with the way you feed them and treat them. What’s next? Mandatory uniforms, mandatory food, and mandatory medication?

Let us all just think about Chase again. Think about how he must feel and how his parents must feel. How hard it must be for them to live day-to-day thinking about their son. Living on and making sure that their daughters still get all the love and attention they need and deserve. I have so much respect for this family. They have endured more than most of us will ever see. They are amazing people with amazing strength. People I respect immensely.

100 days…. And his birthday is coming….. We will not forget and we will not stop fighting. We are standing with Chase and his family!

See a list of all the background stories here.