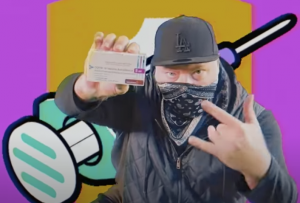 Radio host Kyle Sandilands has said he “conned” the public into getting vaccinated against COVID-19 through a national vaccination campaign.

In a short snippet shared on social media, the Australian shock jock slammed New South Wales Police during a recent show, saying he had “problems getting a liquor licence” because he was not deemed “a fit and proper person.”

Sandilands noted the hypocrisy of the move, noting that he was apparently “fit and proper to do the national campaign to con everyone into getting vaccinated.”

“But the police, they’re a**holes for—this is just trouble,” he said. “I also had problems getting a liquor licence, also, New South Wales Police, because I’m not a fit and proper person. I’m fit and proper to do the national campaign to con everyone into getting vaccinated.” 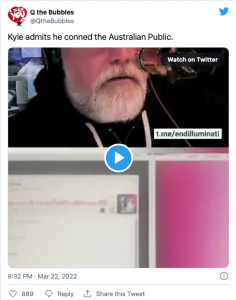 Last year, the KISS 106.5 host recorded a pro-vaccine rap video that was played during ad breaks on Network Ten and MTV.

The track, which is set to the tune of Vanilla Ice’s Ice, Ice, Baby, has had just over 94k views on YouTube.