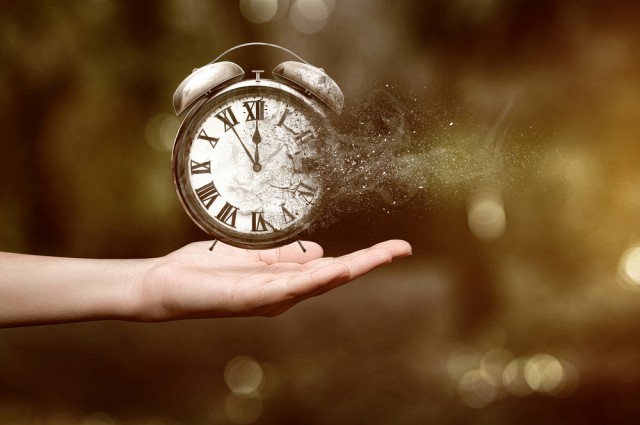 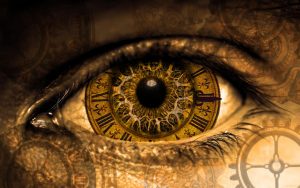 In 2012 US National Medal of Science award winner Yakir Aharonov, who is regarded as one of the world’s leading quantum theorists published a paper in Nature Physics showing that the present is constrained by the past and the future.
This means that what happens in the present can depend on what happened in the future, which makes no sense, as quantum physics rarely does.

It also means that what happened in the past can effect the present. Seems strange, doesn’t it?

It’s definitely something hard to wrap your head around.

“We choose to examine a phenomenon which is impossible, absolutely impossible, to explain in any classical way, and which has in it the heart of quantum mechanics. In reality, it contains the only mystery.” — Richard Feynman, a Nobel laureate of the twentieth century (Radin, Dean. Entangled Minds: Extrasensory Experiences In A Quantum Reality. New York, Paraview Pocket Books, 2006)

This isn’t the first time quantum physicists have studied the structure of time. Below are details of an experiment, the same one mentioned in the paper cited above.

There is another groundbreaking, weird experiment that also has tremendous implications for understanding the nature of our reality, more specifically, the nature of what we call “time.”

It’s known as the “delayed-choice” experiment, or “quantum eraser,” and it can be considered a modified version of the double slit experiment.

In this experiment, tiny bits of matter (photons, electrons, or any atomic-sized object) are shot towards a screen that has two slits in it. On the other side of the screen, a high tech video camera records where each photon lands.

When scientists close one slit, the camera will show us an expected pattern, as seen in the video below. But when both slits are opened, an “interference pattern” emerges – they begin to act like waves.

It means that each photon individually goes through both slits at the same time and interferes with itself, but it also goes through one slit, and it goes through the other.

Furthermore, it goes through neither of them. The single piece of matter becomes a “wave” of potentials, expressing itself in the form of multiple possibilities, and this is why we get the interference pattern.

How can a single piece of matter exist and express itself in multiple states, without any physical properties, until it is “measured” or “observed?” Furthermore, how does it choose which path, out of multiple possibilities, it will take?

Then, when an “observer” decides to measure and look at which slit the piece of matter goes through, the “wave” of potential paths collapses into one single path.

The particle goes from becoming, again, a “wave” of potentials into one particle taking a single route. It’s as if the particle knows it’s being watched. The observer has some sort of effect on the behavior of the particle.

You can view a visual demonstration/explanation of the double slit experiment here.

This quantum uncertainty is defined as the ability, “according to the quantum mechanic laws that govern subatomic affairs, of a particle like an electron to exist in a murky state of possibility — to be anywhere, everywhere or nowhere at all — until clicked into substantiality by a laboratory detector or an eyeball.” (New York Times)

According to physicist Andrew Truscott, lead researcher from a study published by the Australian National University, the experiment suggests that “reality does not exist unless we are looking at it.”

It suggests that we are living in a holographic-type of universe. (source)

So, how is all of this information relevant to the concept of time?

Just as the double slit experiment illustrates how factors associated with consciousness collapse the quantum wave function (a piece of matter existing in multiple potential states) into a single piece of matter with defined physical properties (no longer a wave, all those potential states collapsed into one), the delayed choice experiment illustrates how what happens in the present can change what happens(ed) in the past.

It also shows how time can go backwards, how cause and effect can be reversed, and how the future caused the past.

Like the quantum double slit experiment, the delayed choice/quantum eraser has been demonstrated and repeated time and time again.

In 2007 (Science 315, 966, 2007), scientists in France shot photons into an apparatus and showed that their actions could retroactively change something which had already happened.

“If we attempt to attribute an objective meaning to the quantum state of a single system, curious paradoxes appear: quantum effects mimic not only instantaneous action-at-a-distance, but also, as seen here, influence of future actions on past events, even after these events have been irrevocably recorded.” – Asher Peres, pioneer in quantum information theory (source)(source)(source)

The list literally goes on and on, and was first brought to the forefront by John Wheeler, in 1978, which is why I am going to end this article with his explanation of the delayed choice experiment. He believed that this experiment was best explained on a cosmic scale.

Related: There is No Such Thing as Time — Never Was and Never Will Be

He asks us to imagine a star emitting a photon billions of years ago, heading in the direction of planet Earth. In between, there is a galaxy.

As a result of what’s known as “gravitational lensing,” the light will have to bend around the galaxy in order to reach Earth, so it has to take one of two paths, go left or go right.

Billions of years later, if one decides to set up an apparatus to “catch” the photon, the resulting pattern would be (as explained above in the double slit experiment) an interference pattern. This demonstrates that the photon took one way, and it took the other way.

One could also choose to “peek” at the incoming photon, setting up a telescope on each side of the galaxy to determine which side the photon took to reach Earth.

The very act of measuring or “watching” which way the photon comes in means it can only come in from one side. The pattern will no longer be an interference pattern representing multiple possibilities, but a single clump pattern showing “one” way.

What does this mean? It means how we choose to measure “now” affects what direction the photon took billions of years ago. Our choice in the present moment affected what had already happened in the past….

This makes absolutely no sense, which is a common phenomenon when it comes to quantum physics. Regardless of our ability make sense of it, it’s real.

This experiment also suggests that quantum entanglement (which has also been verified, read more about that here) exists regardless of time. Meaning two bits of matter can actually be entangled, again, in time.

Time as we measure it and know it, doesn’t really exist.

@G_0: @gus holocaust remembrance day this year we had that stupid Rowan what...
@gus: I have said it many times that wealth is created by Human effort, huma...
@gus: @G_O I won't be holding my breath on that and there is no light at th...
louise corletto: sadly finding out way to much way to late i have a daughter with high ...
@gus: Jill Hennessy has prostituted the Australian Constitution. Actually, ...
@gus: It's all been planned previously; this sort of aggression needs specia...
@G_0: @Adam is there any way you could modify your blog so that we can post ...
"G_0: @Adam 404 error not found...
Cdnliberty: Thank you for your diligence in exposing the criminals of this world. ...
@gus: For decades now we were informed by non-conforming intellectuals and w...