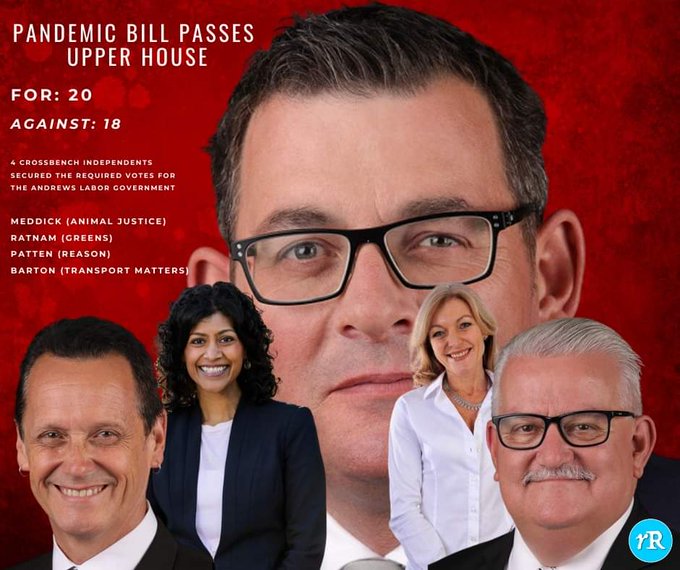 The controversial legislation gives the Daniel Andrews’ government the ultimate authority to declare pandemics and issue public health orders once the state of emergency powers expire on December 15.

The new laws were cemented into place with the help of Transport Matters MP Rod Barton who chose to stand with the government after intense debate both inside and outside parliament.

The proposed laws were the focus of intense public debate over the past month, and central to a series of protest rallies in Melbourne’s CBD.

It comes after days of debate, weeks of huge protest, vocal public discontent and a marathon sitting that lasted 21 hours to pass several amendments.

Victoria will be the first state in Australia to have pandemic specific legislation.