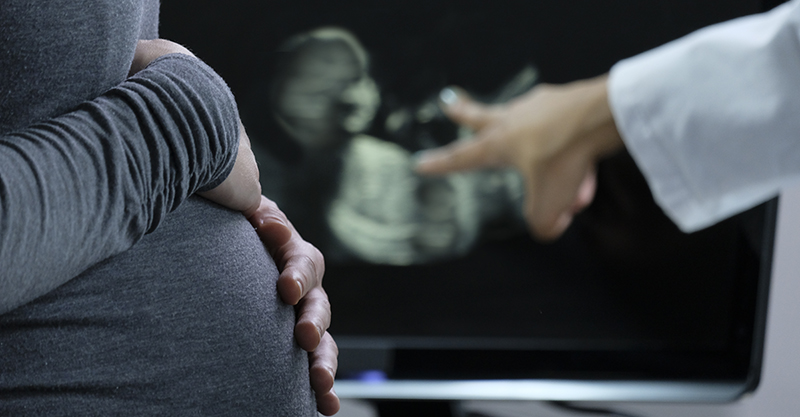 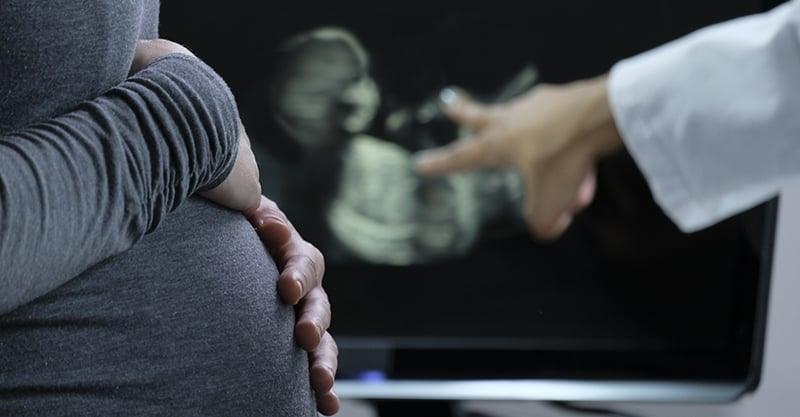 Prenatal ultrasound is a taken-for-granted component of modern maternity care, to such an extent that most obstetrician-gynecologists find it impossible to practice their profession without it. American women now routinely undergo four to five ultrasounds per pregnancy. Despite the absence of demonstrated benefits, there is also a trend toward “new applications of ultrasound…at earlier stages in pregnancy” (p. 47), including Doppler fetal heart rate monitoring that magnifies the unborn baby’s exposure manyfold.

A Scottish physician developed the first 2D ultrasound machine in the late 1950s. Intended for prenatal scanning as well as gynecological tumor diagnosis, the machine drew on the doctor’s prior experience with military radar technology. Now, the latest growth sector in ultrasound technology is 3D imaging (which shows the baby’s face) or 4D ultrasound that creates a “live video effect, like a movie”—luring parents into stockpiling “keepsake” footage of their baby’s in utero facial expressions.

While the U.S. Food and Drug Administration (FDA) tells prospective parents that ultrasound exams provide “a valuable opportunity to view and hear the heartbeat of the fetus, bond with the unborn baby, and capture images to share with family and friends”—and the Centers for Disease Control and Prevention (CDC) denies any association between ultrasound and adverse maternal, fetal or neonatal outcomes—not everyone shares the agencies’ complacency. In fact, two recent books make the opposite case. One author—backed up by over 1500 scientific citations—argues that prenatal ultrasound is so harmful to children that it “should be banned from obstetrics immediately.” The other contends that the “subtle and not-so-subtle” biological effects of ultrasound “have set the human species on a tragic path” from which it may take generations to recover.

… a single exposure to ultrasound produced cellular and DNA damage similar to 250 chest x rays—and damage was permanent and heritable for ten generations and beyond.

Few prospective parents realize that ultrasound technology is not just sound waves but is based on non-ionizing radiation. Other examples of man-made non-ionizing radiation include cell phones, cell towers, cordless phones, Wi-Fi and more. Although ionizing radiation (think X-rays) has the reputation of being more powerful, non-ionizing radiation is plenty capable of producing biological effects—including altering and damaging cells. In the mid-1980s, a best-selling doctor/author likened ultrasound to other “unproven” technologies “being sold to the public as being ‘perfectly safe’” and scolded the medical profession for failing to take the “necessary steps to protect people against a malignant technology.” Around the same time, the World Health Organization declared (in vain) that concerns about ultrasound’s clinical efficacy and safety “do not allow a recommendation for routine screening.”

According to the author of one of the recent ultrasound critiques, the technology causes far-reaching damage. Describing a series of studies published in the late 1970s and early 1980s, the author notes that “a single exposure to ultrasound produced cellular and DNA damage similar to 250 chest x rays”—and “[d]amage was permanent and heritable for ten generations and beyond.” Forms of damage included “DNA shearing, single and double strand breaks, chromosome rearrangements and DNA uncoiling, deformities and mutations in offspring, as well as the complete deactivation of genetic material within sonicated cells.”

The second recent book summarizes 50 studies of prenatal ultrasound in China, describing “alteration and injuries in the organs, tissues [and] cellular ultrastructures” and “damage to the cytokine signaling in molecules, red blood cells, neurons and mitochondria.” The author notes that the physics of ultrasound are “dramatic”; for example, industry uses ultrasound “to disintegrate and blend materials, and to weld steel.” Airing the concept of “toxic synergy,” the book also suggests that “ultrasound is an effective synergist…theoretically capable of initiating fetal vulnerabilities to subsequent toxic exposure”; thus, “the risk of subsequent exposure to vaccines, birth drugs, antibiotics and other environmental stressors would be raised by prenatal ultrasound, not in addition, but as a multiplier” [emphasis added].

… these children have a greater risk of radiation-induced genetic and/or brain damage that can lead to autism and other neurodevelopmental disorders.

Many researchers have noted that the safety of ultrasound devices depends, among other factors, on the amount of “output energy…to which the fetus is exposed.” In the late 1980s, the ultrasound industry approached the FDA with a request to augment existing output levels “to enhance diagnostic capability,” and in 1991, the agency acquiesced to an eightfold increase in allowable output exposure levels. When, 20 years later, FDA researchers compared ultrasound trends before and after the 1991 regulatory change—focusing in particular on the potential for “tissue heating”—they reported “a substantial increase in ultrasonic power over time” and cautiously concluded that their temperature rise estimates “could be considered potentially harmful.” Stated more directly by other authors:

This FDA action ensured that babies born after 1991 would be exposed to even more radiation as compared to those born in the 1970s and 80s, hence these children have a greater risk of radiation-induced genetic and/or brain damage that can lead to autism and other neurodevelopmental disorders.

Researchers have pointed out that the autism epidemic took off at around the same time that ultrasound use and intensity increased. To explain this association, they note the presence of central nervous system alterations in animals exposed to ultrasound in utero. For example, a study in mice found that fetal exposure to diagnostic ultrasound altered “typical social behaviors…that may be relevant for autism.”

Swedish researchers writing in 2016 compared autism rates in children born between 1999 and 2003 who had been exposed to ultrasound at either 12 or 18 weeks’ gestation. The authors found similar rates of autism in both groups but called for further research, noting that their results could not speak to current ultrasound practices. “Today,” the authors stated, “higher intensity ultrasound scans are performed more frequently, at earlier stages during pregnancy and for non-medical purposes, implying longer exposure time for the fetus.”

Manuel Casanova (a researcher at the University of South Carolina-Greenville) has coauthored numerous studies describing the autistic brain and delving into ultrasound’s effects on the brain. Espousing a “triple hit” hypothesis of autism that involves (1) external stressors (2) during a critical period of brain development in fetuses with (3) underlying vulnerabilities, Casanova suggests that prenatal ultrasound may be a key stressor. According to Casanova, ultrasound preferentially affects cells with a “proclivity for being deformed,” activating mechanisms having to do with cell growth and cell division and causing certain cells “to divide at a time when they should not divide.” “Ill-timed activation or over-activation” of certain pathways via ultrasound can also lead to unwanted cell proliferation or maldistribution of neurons. Other researchers have confirmed the ultrasound-autism relationship within the “triple hit” context.

Casanova frankly states that “[u]ltrasounds are being done without regards to the safety of the patients.” He points out that a third of all ultrasound practitioners fail to adhere to safety regulations and notes that at least 40% of ultrasound equipment is defective. In addition, he observes that many practitioners “don’t see anything wrong” with using ultrasound during the first trimester, even though safety regulations discourage first-trimester use in uneventful pregnancies.

There is little evidence that diagnostic ultrasound is saving lives or improving outcomes, and considerable evidence that, on the contrary, it is unsafe.

It is unlikely that the medical community will readily ban the lucrative practice of prenatal ultrasound, but consumers are in a position to help roll back the technology’s overuse by withdrawing their consent. There is little evidence that diagnostic ultrasound is saving lives or improving outcomes, and considerable evidence that, on the contrary, it is unsafe. Risks in addition to autism include fetal growth retardation, other brain abnormalities and both male and female infertility as well as broader vulnerability to disease. Given that ultrasound damage may not become apparent until years down the road, it behooves parents-to-be to learn the facts and decide whether a souvenir image or movie is worth the risk to their child’s long-term health.

2 thoughts on “Prenatal Ultrasound—Not So Sound After All”