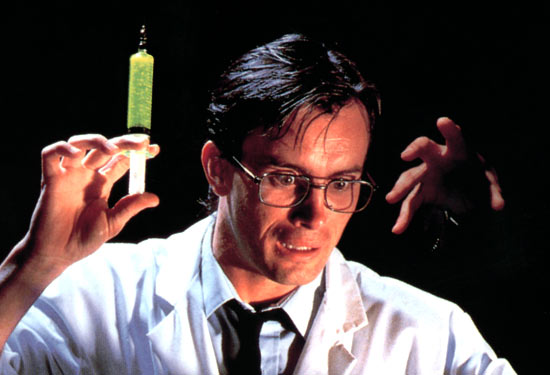 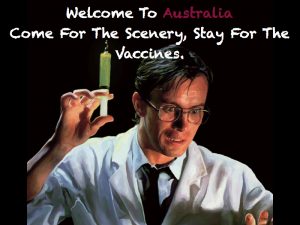 The Big Pharma Backed No Jab, No Play Propaganda Machine Rolls ON.

CHILDCARE centres would have the right to turn away unvaccinated kids under new laws being drafted by the State Government.

And Health Minister Jack Snelling is still considering whether to go as far as imposing a blanket ban on unvaccinated children attending childcare.

“I’m not ruling that out at this stage. I think it warrants consideration,” Mr Snelling told The Advertiser.

“At a minimum, the legislation will make it explicit that childcare centres and kindys have an absolute right to turn away kids who are not vaccinated.”

Mr Snelling said he had been considering such a move for some time because the state’s full immunisation rate remained below 95 per cent — the level required to protect the community — but the measles outbreak in Gawler last month prompted him to act.

Latest figures, from September this year, show that 93.2 per cent of South Australian children aged five years and under were fully immunised.

The rate for the measles, mumps, and rubella vaccination was slightly higher at 94 per cent.

So far this year, there have been 11 reported cases of measles compared with four last year.

“I think South Australian parents have a right to make sure their children are being cared for in a safe environment,” Mr Snelling said.

“We protect children in kindy from a whole range of things — predators, unsafe equipment — so I think parents should not have to accept that their children could be exposed to diseases like measles, which is highly contagious.”

Some SA childcare centres already have a policy of refusing to care for unvaccinated children but Mr Snelling said he was aware of cases where centres had been taken to court by angry parents.

“(The centres) won but it should be quite clear under the Public Health Act that they have the right (to turn unvaccinated children away),” he said.

He planned to introduce the legislation into State Parliament early next year, after the Government had decided on how strict the policy would be.

In 2014, the NSW Government changed the state’s Public Health Act so children could not be enrolled at a childcare facility unless a parent or guardian provided an official record proving the child was fully immunised, or an approved exemption was provided.

The Victorian Government introduced the same rules this year.

In January, the Federal Government’s “no jab, no pay” policy came into effect, meaning families would lose welfare payments if children were not fully immunised.

“I had been concerned that legislation like that in NSW could further marginalise those children already marginalised but now I’m coming around to thinking it’s something that warrants careful consideration,” Mr Snelling said.

We can see with the dumb remark below that Newscorp papers have no problems printing nasty comments from Trolls but will not let our side have proper input with my comments just being remotely erased.

Forget barring the kids from daycare. Put the families on a desert island after sterilising the parents.