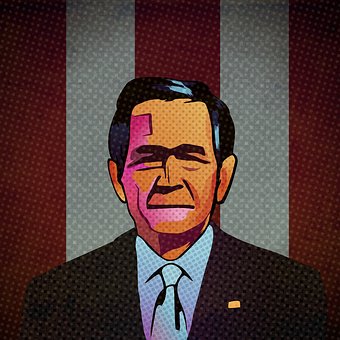 Attention Members: These are articles that were taken down by Google & have been reposted here with permission by Jeanice Barcelo. Some articles may be hard to find & have been posted here for crazz files members so please keep for your records if needed.

Beware those who say they are Christians but are instead of the Synagogue of Satan.

“A man is considered an anti-Semite if he calls a Jew a Jew.”

“Then…when the doors were shut where the disciples were assembled for fear of the Jews, came Jesus and stood in the midst, and saith unto them, Peace be unto you.”
—John 20:19

It was in 1990 that I first met the remarkable and brilliant Boris Lunachev. Aged, bent over slightly by repeated attacks of osteoporosis, Lunachev had asked to see me privately. He had, I understood, once been a most distinguished professor of Marxist doctrine at the prestigious Lenin Institute. He was a rising star on the Soviet political and educational scene. But in the late 70s, Lunachev was abruptly and unceremoniously ousted from his post and exiled to the West.

Shaking the wisened old man’s hand and seeking to inject a friendly tone into our conversation, I smiled and said, “So, you are a Russian, Dr. Lunachev?”

Confusing language, I thought, if intriguing. I made a mental note to later inquire further into the nature of Lunachev’s puzzling words. However, I soon discovered that follow up was not at all necessary. The good Professor Lunachev more than answered my curiosity with what he had to say.

A Stellar Career Until…

Lunachev recounted his stellar career, beginning as a leader of the Communist Youth, his earning of high-level doctorate degrees, and his academic career, during which he was lauded and commended on a regular basis. Apparently, Lunachev was poised for further advancement; he was even being considered for a top political position in the Kremlin as a Marxist theoretician and was well rewarded economically by the elite intelligencia. Until…until he said something very, very vital—and very, very sensitive—to the wrong person.

It seems that a high-ranking Commissar had come from Moscow to the Institute to interview Lunachev for the Kremlin post.

The Commissar, who was very pleased with Lunachev’s deportment and his responses to standard questions, finally stated: “Professor Lunachev, is there any area of research or study that you have conducted that is unique or unusual?”

“Yes,” Lunachev replied. “I have recently been studying the field of race and biology. I have discovered that the great Karl Marx was a Jew and so was Comrade Lenin.” “Comrade Stalin was an avid reader of the Jewish Talmud, and Comrade Khruschev’s real surname was Perlmutter. He, too, was a Jew.”

“I believe these facts of racial history need to be reported to the Soviet people and to the world,” said Lunachev, “so everyone will recognize that the government of the USSR is not, as some have alleged, anti-Semitic.”

“Thank you for your time.” retorted the now sober-faced and ashen Commissar. “You are dismissed.”

That very evening, Boris Lunachev was accosted on his way home by Soviet secret police. He was taken promptly to a waiting aircraft and flown to Rome, Italy, where he was told by Soviet Embassy officials he would forever be persona non grata (unwelcome) in his native Russia. He had become an outcast.

What was Lunachev’s horrible crime, his unacceptable transgression against his Communist overseers?

“My unpardonable crime,” Lunachev said to me, “was to call a Jew a Jew.”

Professor Lunachev, however, considered himself fortunate, indeed. “In 1917 in Soviet Russia,” he explained, “one of the first laws passed by Lenin and the Bolsheviks was a law making anti-Semitism a crime punishable by death. In Rome, the KGB bluntly told me that to call a Jew a Jew, and especially to make public the name of a crypto-Jew, one who was hiding under an assumed Russian name, was clearly an act of anti-Semitism.”

And so it was that Lunachev, by no means an anti-Semite in the real meaning of the term, a man who simply wanted to give Communism’s founders and pioneers their due by recognizing their racial ancestry, became a feared and marked outlaw, a dangerous subversive to be banished and persecuted. Lenin and his cohorts were satanic Jews who put 66 million to death in the indescribable Red Terror. Yet, it was a capital crime (“anti-semitism”) to reveal their Jewish ethnic identity. Pictured above are four Soviet gulag camp commandants, all Jews. They are giving a Masonic hand sign (see Texe’s new book, Codex Magica). Many Communist gulag prisoners died of malnutrition. Their meager daily diet consisted of a filthy, rat feces-infested bowl of gruel and occasionally a tiny bit of black bread.

I vaguely understand Lunachev’s predicament. I was the first to publish the true facts regarding Hillary Rodham Clinton’s Jewish ancestry. I also exposed “Irish” Senator John Kerry’s true race—yep, he’s a crypto-Jew. And for good measure, I threw in revelations that former Secretary of State, Comrade Madeleine Albright, and General Wesley Clark are also Jews. Reluctantly and angrily, Hillary, Kerry, Clark and Albright subsequently came out of the closet and owned up to their Jewish heritage, though they have all refused to explain why they had hidden it all these many years.

What a buzzsaw and furor I had ignited! The hounds out of Jerusalem’s darkest cemeteries came at me with fangs bared, blood dripping from the corners of their gaping jaws. I discovered, as did Lunachev, that it is forbidden to call a Jew a Jew.

That was when I, too, realized, that I had unwittingly became a vile and evil “anti-Semite,” targeted for destruction by the denizens of the emerging Jewish World State.

However, unlike in Soviet Russia, in America the midnight cowboys who reside in the cesspool of Soviet Washington, D.C. have so far been unable to banish Texe Marrs or to oust me from my independent perch as president of Power of Prophecy Ministries. Oh, how they have tried, but I am still here, toiling away, exercising my First Amendment rights, much to their chagrin and annoyance. And Now, Yet Another Revelation

And now, dear friends, I have decided to reveal to you the name of yet another crypto-Jew. This time, the culprit is a man who is only the latest in a series of dynastic leaders, all of whom were and are Jews and all of whom have carefully and watchfully guarded this Great Secret. I hereby stamp myself—according to the reigning criteria or rules promulgated by the Illuminati elite—as a bonafide anti-Semite merely by once again calling a Jew a Jew. Fact: GEORGE W. BUSH, President of the United States of America, is a Jew.

Absurd? Preposterous, you say? Well, I have carefully traced the history of the Bush Dynasty, including the Rothschild faction, and without hesitation I declare to you that, yes, indeed, George W. Bush is a Jew: A Jew by race, a Jew by religious choice. Hidden from public view.

What the media dare not tell you is that, as President, George W. Bush appointed as his first official White House spokesman, a Jew—in fact, a Jewish rabbi—Ari Fleischer. He retained a Jewish banker, Alan Greenspan, as Chairman of the Federal Reserve. He made a Jewish Rabbi, Dov Zackheim, the Comptroller (money man!) of the Pentagon, and he placed a Jewish ideologue and Christian hater, Michael Chertoff, in the scary position of being head of FEMA and Homeland Security. Yes, Chertoff, an ADL fiend whose father is a Jewish rabbi, is now America’s Gulag Commandant, our American version of Himmler. This publication of the National Jewish Welfare Board lists a Major George Bush, Major Louis Bush, and Major Solomon Bush, as Jews participating in the American Revolutionary War against the British. It also reveals the money connection of Rothschild agent, Haym Salomon, to what it describes as the “weak U.S. government.”
My investigation of the Bush-Jewish connection has been in progress for six years now. One thing I discovered is that George W. Bush is a devoted student of the Jewish Talmud, just as were Marx, Lenin, Trotsky, and Stalin. He is also, I am persuaded, a dedicated agent of Zionist Israel, which makes him double agent and traitor to the United States of America.

Bush has adopted the same techniques of torture, political deceit, perpetual war, and pure hatred of perceived enemies, as has the notorious Israeli spy agency, Mossad. The Mossad’s motto is “By Way of Deception Make War.” This, not coincidentally, is also George W. Bush’s motto. How very Talmudic. How very Satanic.

“Christians Who Are Not Christians”

But, isn’t Bush supposed to be a Christian? How, then can he be a religious Jew? Ah, perhaps those who ask this question should read books like Colonel Donn de Grand Pré’s insightful Barbarians Inside the Gates: Book Three, the Rattler’s Revenge. As my friend, the good Colonel de Grand Pré, notes so wisely in his excellently documented volume, we are confronted today by Leviathan, a two-headed monster, “one head comprised of Jews who are not Jews and the other, Christians who are not Christians.” This official photo shows First Lady Laura Bush, December 6, 2005, “kosherizing” the White House kitchen. Present is the Bush family rabbi along with two other rabbis, approved Jewish chefs, and assistants. (whitehouse.gov/news/releases/2005)
Which leads me back to Professor Boris Lunachev and our informative and rewarding meeting. As we departed, I again took his hand in mine and I asked him. “Dr. Lunachev, is there anything you’d like to say to me, perhaps to capitalize or to emphasize the importance of what we have discussed?”

“We are one nation. We are neither American Jews nor Soviet Jews, but only Jews!”
— Theordore Herzl, founder of modern Zionism