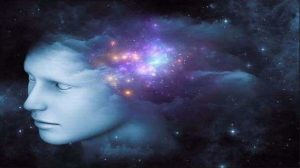 We all know that altered state of consciousness can be achieved by many means, including psychedelic drugs or meditation, just to name a few.

A recent research shows, however, that there is a much easier way to induce this state – by staring into someone else’s eyes for 10 minutes.

Giovanni Caputo from the University of Urbino in Italy sorted 20 volunteers into pairs and asked them to sit at the distance of 1 meter in front of each other and stare straight into each other’s eyes for 10 minutes. The room where the experiment took place was dimly lit in order to reduce the volunteers’ color perception. At the same time, there was enough light for the participants to easily distinguish each other’s facial features.

The experiment also involved a control group of 20 people who were also asked to sit in pairs for 10 minutes in a dimly lit room, but the difference was that they had to stare into a blank wall.

It’s worth noting that the volunteers from both groups weren’t informed about the actual purpose of the experiment and were only told that it was about inducing a meditative state.

When the time was up, the participants were asked to fill in two questionnaires – one about any dissociative symptoms experienced during the experiment and another about their perception of their partner’s face (the first group) or their own face (control group). The term dissociative symptom is used for any condition that involves disruptions of perception, awareness or identity – literally anything that makes you feel disconnected from the reality.

As a result, the volunteers from the first group reported weird experiences, such as reduced color intensity, altered time perception and higher sensitivity to sounds. Moreover, 90% of participants claimed their partner’s face appeared deformed – 75% had hallucinations of monsters, 50% saw their own facial features and 15% saw a relative in their partner’s face.

Yet, this is not the first study to bring similar results. In 2010, Caputo performed an experiment that involved 50 volunteers, only that this time, they were asked to stare at their reflection in the mirror for 10 minutes. The participants claimed to have seen deformations of their faces just after one minute of the experiment: some saw their parents’ faces, others – archetypal faces, such as an old woman or an ancestor’s portrait. Some even reported they had seen animals and monstrous creatures in their faces. Caputo then described this kind of hallucinations as the “strange-face illusion“.

What is behind this curious phenomenon and why does staring into someone’s eyes cause such weird hallucinations? According to Caputo, an altered state of consciousness occurs due to sensory deprivation. He suggests that the brain enters a dissociative state because of the lack of sensory stimulation and when it snaps back to reality, the person’s subconscious thoughts are projected onto the face of their partner, causing these “strange-face apparitions.”

With studies and experiments like these, science constantly demonstrates how amazing the human mind is and how many intriguing possibilities it hides. Who knows, maybe one day we will finally unlock its mysteries.

The study was published in the journal Psychiatry Research.

Anna is the owner and lead editor of the websites Learning-mind.com and Lifeadvancer.com, and staff writer for The Mind Unleashed. She is passionate about learning new things and reflecting on thought-provoking ideas. She writes about technology, science, psychology and other related topics. She is particularly interested in topics regarding introversion, consciousness and subconscious, perception, human mind’s potential, as well as the nature of reality and the universe.